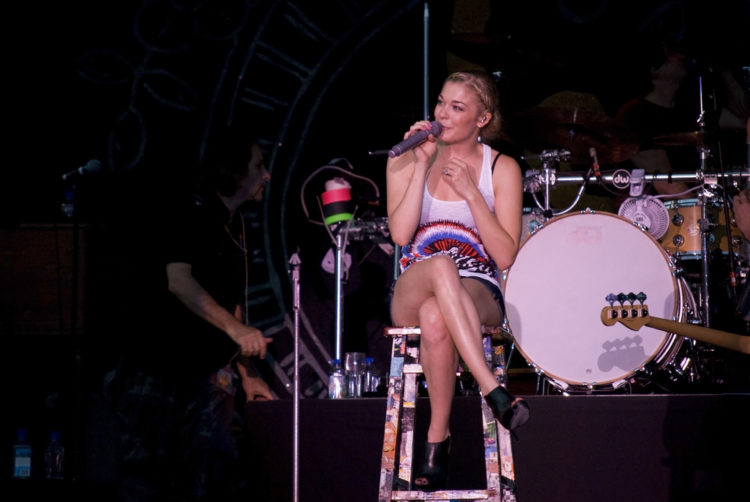 After rising to fame at the age of 13 with the smash hit Blue, LeAnn Rimes became one of the biggest crossover successes of the ’90s, dominating the charts with her powerhouse vocals and infectious blend of country, pop, and rock. Since then, she’s continued to enjoy huge success with albums that dabble in everything from jazz to contemporary Christian rock, selling over 37 million albums and winning armies of fans worldwide. Here, we take a look back at some of her biggest hits and misses as we rank all the LeAnn Rimes albums from worst to best.

Back in 1991, a nine-year-old LeAnn Rimes made her first album with the independent record label Nor Va Jak. By then, she was already an old hand, having already appeared as a contestant on the TV competition show “Star Search,” toured nationally with her father, and even became a popular fixture at the openings of the Dallas Cowboys’ football games with her a cappella renditions of The Star Spangled Banner. A mix of covers and gospel standards, the album was made available on a limited release only, but somehow came to the attention of Dallas disk jockey and record promoter Bill Mack, who subsequently played a major part in bringing Rimes to the attention of mainstream record labels. Even at this early stage in her career, Rimes’ potential is obvious, but even if it wasn’t almost impossible to get hold of, the album’s raw, unfinished quality would still make it one for the devoted only.

Rimes’ second studio album is All That. Recorded when Rimes was just eleven years old and released in 1994, its most significant claim to fame is being the home of the original recording of Blue. Although it sold poorly, it managed to make its way into the hands of Curb Records owner Mike Curb, who was impressed enough with what he heard to sign her to his label. Considering the majority of the most notable songs were either re-recorded for later albums or included on Rimes’ 1997 compilation album, Unchained Melody: The Early Years, consider it essential listening for die-hard fans only.

In 2015, Rimes released her second Christmas album, Today Is Christmas. Consisting largely of holiday classics with a couple of original songs thrown in for good measure, it hit number 9 on the US Top Country Albums chart and number 2 on the US Top Holiday Albums chart. Although it’s unlikely to win any prizes for originality, Rimes handles the material well.

In November 2020, Rimes released CHANT: The Human & the Holy, a collection of chants and personal mantras co-written by Rimes and her long-time musical collaborator, Darrell Brown. Despite Rimes saying she thought an album of chants would help “her fans to relieve the pandemic blues,” it became her first album not to chart, suggesting that whatever else was going to help her fans deal with the blues, it wasn’t this.

13. What a Wonderful World

Rimes’ first foray into the Christmas market came with What a Wonderful World, a jazz-inflected collection of seasonal classics like O Holy Night, Rockin’ Around the Christmas Tree, and Have Yourself a Merry Little Christmas. It might not be a classic album, but it’s a pleasant listen, with Rimes delivering a nuanced performance that pays homage to the originals without trying to ape them.

For her eighth studio album, Whatever We Wanna, Rimes embraced her inner rock chic with a collection of rock-orientated tracks with distinct Shania Twain and Faith Hill vibes. There might be a few clunkers, but it’s packed with enough chewy hooks and rocking melodies to make it an enjoyable listen, with the hard-rocking opener Satisfied and soaring power ballad For the First Time standing out as highlights.

Rimes’ first album with RCA Records after leaving her longtime home with Curb Records was Remnants. Although it failed to reach the commercial heights of her earlier albums, peaking at a relatively disappointing number 88 on the Billboard 200, it’s still an enjoyable listen, with the gospel showstopper Do It Wrong with Me and the deliciously moody Love Line standing out as particular highlights.

In 2011, Rimes released her second album of covers, Lady and Gentlemen. It was received positively by critics, with many praising its lean, mean approach to classic country songs and congratulating Rimes for taking real risks by reinterpreting the masculine song choices from a female perspective. The album hit number 7 on the US Top Country Albums chart and number 32 on the Billboard 200.

Released in October 2002, Rimes’ fifth studio album, Twisted Angel, made it to number 12 on the Billboard 200, number 14 on the UK Albums Chart, and charted in the top 40 across various countries in Europe. Critically, it was a mixed bag, with some music critics praising her conversion to pop, and others criticizing the uneven material, lackluster song choices, and dated production. Faults asides, it’s still a worthwhile addition to her catalog, with Rimes delivering a typically strong vocal performance that manages to carry the album even on its weaker tracks.

On April 15, 2013, Rimes released her final album with Curb Records, Spitfire. Following its release, it peaked at number three on the UK Country Albums Chart, number nineteen on the Australian Country Album Chart, number thirty-six on the Billboard 200, and number nine on the Top Country Albums Chart. As her third ‘straight’ country album in a row, it received a mixed reception from the critics, with some taking aim at its length and haphazard sequencing, and others praising it as one of her most honest and vulnerable records to date. Even if the album could have benefited from better editing, the one thing no one can criticize is Rimes’ vocals – always good, but particularly splendid here, with her supple range and expert phrasing conveying the emotional complexity of the lyrics perfectly.

Following hot on the heels of her starring role in Hallmark’s TV movie, “It’s Christmas, Eve,” came the soundtrack, with Rimes telling TV Insider “There’s a zillion different ways to get music out in people’s hands and their ears, and this is just a great way to be able to combine both film and music into one project.” A collection of Christmas classics and original material, it finds Rimes in good form, using her powerhouse vocals to excellent effect on holiday treats like White Christmas and Carol of the Bells. Released on October 12, 2018, the album charted at number 12 on the US Billboard Top Holiday Albums chart and number 5 on the Billboard Independent Albums chart.

After dabbling with pop on her previous albums, Rimes’ seventh studio album, This Woman, found her returning to her country roots. Dropping the Britney act proved a wise move, with Rimes sounding comfortable and in control as she makes her way through the strong tracklist. There aren’t any big knockout numbers that jump out and grab you, but taken as a whole, the album ranks among her most consistent and cohesive. Released in January 2005, it peaked at number 3 on the Billboard 200 and number 2 on the Top Country Albums chart.

5. Sittin’ On Top of the World

After breaking all kinds of records with You Light Up My Life: Inspirational Songs, Rimes returned in May 1998 with Sittin’ On Top of the World. At the time, she was still only 15, but as Rolling Stone comments, she holds her own against the likes of Mariah Carey and Celine Deline with her spectacular voice. After opening the album with the smash country hit Commitment, she continues to show off her roof-raising vocals with timeless traditionals like These Arms of Mine, teenage pop anthems like Nothin’ New Under the Moon, and contemporary country numbers like When Am I Gonna Get Over You. There are a few missteps, but any fault with the album lies in the hands of whoever decided to sprinkle it with unnecessary effects and studio gimmicks, rather than simply letting Rimes’ vocals do the talking.

4. You Light Up My Life: Inspirational Songs

Following the massive success of her major-label debut Blue, expectations were riding high for Rimes’ follow-up. You Light Up My Life: Inspirational Songs didn’t disappoint. Released in September 1997, it spent 13 weeks in the top 5 of the Billboard 200, debuting at number one and hanging around the chart for an impressive 55 weeks in total. It also debuted at number one on both the Billboard Top Country Albums chart and the Billboard Contemporary Christian chart, becoming the first album to ever debut at number one on three separate charts simultaneously. It’s since been certified 4x platinum by the RIAA. Although some critics lamented the album’s attempt to position Rimes as an adult contemporary crossover artist rather than country’s brightest new talent, its country-infused pop is thoroughly enjoyable, with Rimes’ superb vocals making light work of standout tracks like You Light Up My Life.

In 1996, Rimes released her major-label debut, Blue. The critical reception was mixed, with All Music describing it as “a glorious free-for-all of sassy pick-me-up country” but others, such as Entertainment Weekly, suggesting that her blend of raw, old fashioned country music and big, twangy voice wouldn’t have caused such a stir if she hadn’t been 13. Ultimately, the album may have been stronger had more of the songs tapped into her youth and teenage freshness rather than requiring a maturity and level of experience that at that stage, she couldn’t have hoped to pull off. But even if it’s not a perfect album, it’s still a hugely enjoyable one, particularly on tracks like Unchained Melody and Blue that make the most of Rimes’ magnificent vocals. A huge commercial success, it peaked at number 3 on the Billboard 200 and No. 1 on the Top Country Albums chart.

LeAnn Rimes’ fourth major-label studio album was released in 1999. A collection of old country tunes (and one new song in the shape of the honky tonk top ten hit, Big Deal), it finds Rimes returning to her country roots with a tribute to some of her biggest influences. None of the covers quite match up to the brilliance of Big Deal, but there’s a lot to enjoy in hearing Rimes belt her way through Janis Joplin’s Me and Bobby Mc Gee, Marty Robbins’ Don’t Worry, and five (count them) Patsy Cline tracks. The album hit number 1 on the Top Country Albums chart, number 8 on the Billboard 200, and has since certified platinum in the US.

Family, Rimes’ ninth studio album, is the first of her albums to feature her writing talents on every song. Considering the warm critical reception the album received, her efforts clearly paid off. Described by the Boston Globe as “the best, most cogent album of her career” and by Slant Magazine as having “the kind of focus and thematic coherence that most Nashville acts can’t be bothered with,” its ability to blend personal, introspective lyrics with a universal appeal represented a giant leap forward for Rimes, both as a singer and a songwriter. Released in October 2007, the album debuted at number 4 on the Billboard 200 and picked up Grammy Award nominations for the singles Nothin’ Better to Do and What I Cannot Change. 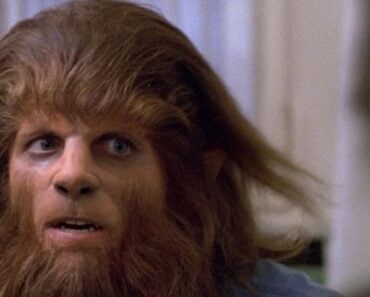 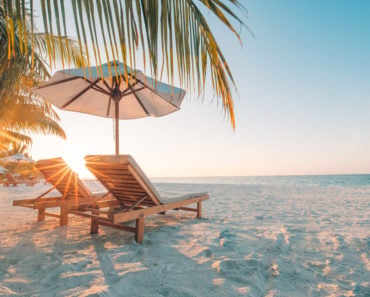 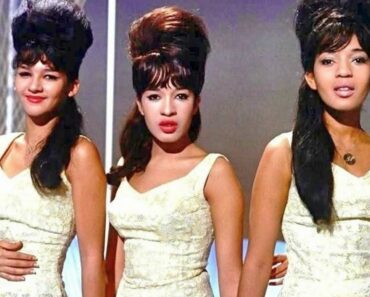 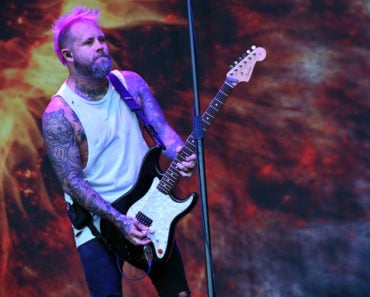 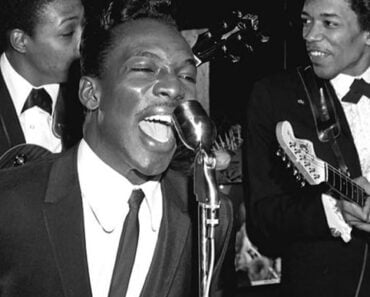