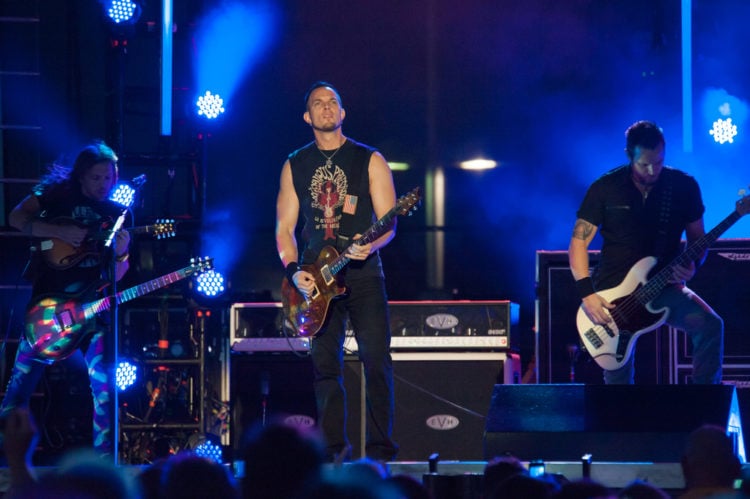 Mark Tremonti is a guitarist as well as a vocalist. Most people will be most familiar with him because of his work with a couple of bands. One would be Creed, while the other would be Alter Bridge. In recent times, interested individuals might have seen Tremonti’s name come up in entertainment news because of his statement that he is in the process of writing for the next Alter Bridge album. Something that could see the band going to the studio in 2022. Here are 10 things that you may or may not have known about Mark Tremonti.

Tremonti was born in the city of Detroit in the state of Michigan. To a lot of people, the city is best-known for its serious problems in recent decades. However, it is important to note that Detroit has had a huge impact on music. For instance, it is the birthplace of not one but two music genres, with one being Motown and the other being techno.

2. Raised in a Number of Places

Having said that, Tremonti was raised in a number of places. For the most part, his childhood was spent in Grosse Pointe, MI, which is considered to be a part of Metro Detroit. However, Tremonti’s family eventually moved to Wilmette, IL and then Orlando, FL.

3. Devastated by His Mother’s Diagnosis with Lupus

As a teenager, Tremonti was devastated by his mother’s diagnosis with systemic lupus erythematosus, which tends to be called just lupus for the sake of convenience. In short, it is an autoimmune disease that causes the immune system to start attacking healthy tissues throughout the body, thus resulting in a wide range of potential issues. Common symptoms include but are not limited to fever, hair loss, chest pains, swollen joints, and a butterfly rash. It isn’t clear how lupus comes to be. However, it is thought that there is a genetic component to it, not least because if one identical twin has lupus, there is a 24 percent chance that the other identical twin will have lupus as well. Unfortunately, this means that no cure has been found for lupus so far.

After Tremonti graduated from high school, he went to college. As strange as it sounds, he majored in finance, which is focused on the management of large amounts of money by individuals, businesses, and other organizations. Still, it is a topic that has relevance for a wide range of careers in a wide range of fields, thus providing it with a fair amount of popularity.

5. Went to Clemson University and Then Florida State University

Institution-wise, Tremonti went to Clemson University, completed his freshman year, and then moved over to Florida State University. There, he reunited with Scott Stapp, who he had already known because of his time in high school. This is relevant because the two were the founding members of Creed, who proceeded to recruit the bassist Brian Marshall, the drummer Scott Phillips, and the rhythm guitarist Brian Brasher through auditions. Brasher tends not to be as well-known as the others for the simple reason that he left before the band managed to become famous.

Tremonti was the one who picked out Creed’s original name from a newspaper headline. However, the reaction was quite negative, with the result that the band scrambled for a replacement. Fortunately for them, Marshall said that he had been in a band called Mattox Creed. After which, Stapp pushed for the “Creed” part of the name for their rock band.

Together, Creed went on to become quite successful. In particular, Tremonti and the rest are known for being notable names in the post-grunge movement that started up in the 1990s before remaining successful throughout much of the 2000s. Initially, the label was used in a less than admiring manner for bands that emulated the sound of the original grunge movement. However, post-grunge eventually managed to find its own footing, thus resulting in a music genre that presented the sound of grunge as well as the look of grunge in a less abrasive manner. Something that proved to be capable of selling well because Creed and a number of other post-grunge bands managed to achieve a considerable amount of commercial success.

8. Stated that Creed Broke Up Because of Stapp’s Issues

Creed broke up in 2004. At the time, Tremonti stated that the band had broken up because of tensions between Stapp and the rest of the band, with the result that the band was struggling to create more content. This was a rather nice way of saying that Stapp was struggling with his addiction to drugs and alcohol. For those who are unfamiliar, Creed had a rather controversial concert in Chicago, IL at the end of 2002, which was so bad that a number of concert-goers filed a lawsuit on the basis that Stapp was so out of it that he wasn’t able to sing the lyrics of a single song. Said individual later admitted that he was indeed intoxicated at the time, though he has denied being incoherent.

9. Formed Alter Bridge in the Aftermath

Often-times, when a band breaks up, the band members go their separate ways. However, the non-Stapp members of Creed seemed to have gotten along quite well because Tremonti, Phillips, and their former bandmate Marshall proceeded to form a new band called Alter Bridge after Creed’s break-up. To complete the line-up, they invited Myles Kennedy, who had been the vocalist of the Mayfield Four and would go on to become the vocalist for Slash’s solo project.

10. Seems to Be a Fan of Speculative Fiction

Naturally, Tremonti has his hobbies. For example, he collects guitars. Similarly, he likes playing table tennis. On top of these, Tremonti seems to be a fan of speculative fiction as well. He has mentioned reading A Song of Ice and Fire, though to be fair, that doesn’t necessarily say as much because of the general popularity of the TV adaptation Game of Thrones before its final season. However, Tremonti has also mentioned reading John Scalzi’s Old Man’s War, Joe Abercrombie’s The First Law trilogy, and Gene Wolfe’s The Book of the New Sun series. 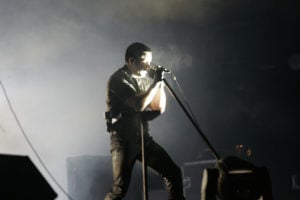 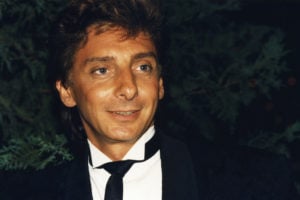 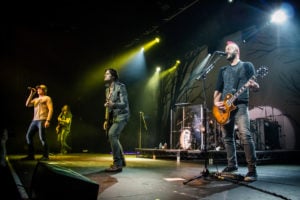