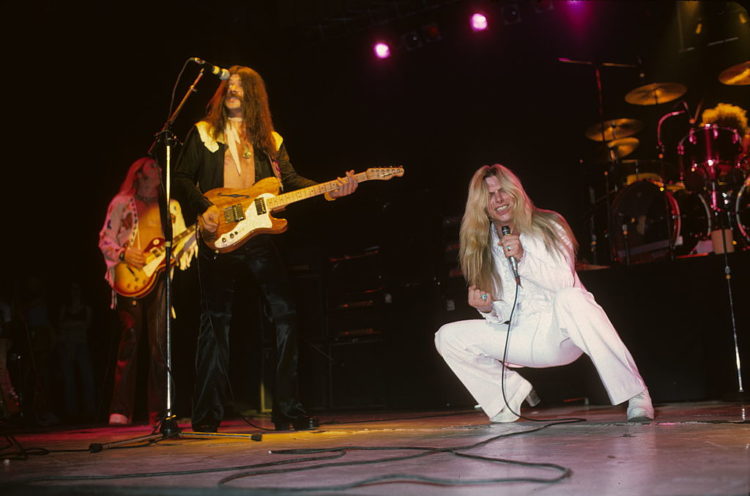 Last month, Rickie Lee Reynolds died at the age of 72. He suffered a cardiac arrest that he couldn’t be resuscitated from while he was hospitalized because of COVID-19. The whole thing was confirmed by Reynolds’ daughter Amber Lee, who asked for a moment of silence from the fans on Facebook. The rock star will be forever remembered.

Who Was Rickie Lee Reynolds?

For those who are unfamiliar, Reynolds was the rhythm guitarist of Black Oak Arkansas, a Southern rock band that started up in 1963 but has continued into the present time. This means that he was in the band for five decades’ time because he left in 1976 before returning in 1984. As such, it is no exaggeration to say that Reynolds made a huge contribution to Black Oak Arkansas’s output, particularly since he was considered a member of the band’s classic line-up.

Sometimes, bands can have very convoluted explanations for their names. Other times, bands can be much more straightforward in this regard. Black Oak Arkansas is an excellent example of the latter rather than the former. After all, it was named thus because its founding members were high school friends who lived around the town of Black Oak in the state of Arkansas. In that earliest period, the line-up consisted of Ronnie Smith as the vocalist, Rickie Lee Reynolds as a guitarist, Stanley Knight as another guitarist, Harvey Jett as a third guitarist, Pat Daugherty as a bassist, and Wayne Evans as a drummer. However, it wasn’t too long before Smith switched over to being a stage production manager so that a mutual friend named James Mangrum could become the new vocalist in his place. Black Oak Arkansas’ start was rather unusual. For proof, look no further than the fact that they stole their first PA from Monette High School. After which, they cleaned out an unused grain bin situated on the outskirts of town before proceeding to practice their music, which combined influences from rock, blues, gospel, and country. The members of Black Oak Arkansas were charged with grand larceny in absentia, with the result that they were sentenced to 26 years at the Tucker Unit. However, they never served time because their sentence was later suspended. For that matter, the band retreated into the hills of rural north-central Arkansas where they continued to practice their music while living off of the land.

By the late 1960s, Black Rock Arkansas had relocated to Memphis, TN. There, they signed a record deal with Stax Records, with the result that they managed to release their self-titled debut album. Unfortunately, said release met with a less than encouraging reception. It wasn’t met with a positive reception; it wasn’t met with a negative reception. Instead, Black Rock Arkansas’ self-titled debut album didn’t meet with much of a reception at all because it was just ignored by most of the public. Still, the period wasn’t wholly fruitless because the band did become interested in a couple of things that would influence their music going forward. One was psychedelia, referring to the 1960s subculture that was focused on the psychedelic experience. The other was eastern spiritualism, which meshed in interesting ways with their Southern Baptist upbringing. In 1970, Black Rock Arkansas signed a new record deal with Atco Records after visiting Los Angeles, CA several times. That was when the band changed its name from The Knowbody Else to Black Rock Arkansas. As such, they released a second self-titled debut album in 1971. However, where the first one had fallen flat on its face, the second one soared from the very start. This can be seen in how a number of its tracks such as “Hot and Nasty” and “Lord Have Mercy On My Soul” went on to become classics in their repertoire. Naturally, the whole thing provided the band’s career with a huge boost, which the band members proceeded to capitalize upon by proving themselves to be a premier live act.

After that, Black Rock Arkansas continued to tour and continued to release new music. By the early to mid 1970s, they had hit their peak. After which, Black Rock Arkansas became less successful though still notable. As mentioned earlier, Reynolds left the band in 1976, with the result that he was more-or-less replaced by Marius Penczner for a time. Meanwhile, Mangrum went to considerable lengths in order to revive the band’s flagging fortunes. For example, he tried dropping the “Arkansas” from Black Oak Arkansas for a time to lessen the emphasis on the band’s Southern-ness. Similarly, he tried singing in a different style, which was meant to make himself sound more mainstream while also seeking to impress the critics. Later, Reynolds returned to the band in 1984. After which, Black Oak Arkansas continued making new music with various line-ups. None of those line-ups have ever managed the same level of success as the classic line-up, which is presumably why the classic line-up is still seen as the classic line-up. However, Black Oak Arkansas nonetheless managed to continue making new music the entire time, with the result that they now have more than 20 releases under their belt. In fact, it is worth mentioning that the band was able to release a new album called Underground Heroes in 2019, which says much about its staying power in the fast-changing world of popular music.

Regardless, the death of Reynolds is the loss of living rock history. After all, while Black Oak Arkansas has faded from its heights, it was extremely influential in its time. This can be seen by the acts that opened for them, many of which are now music legends in their own right. One example would be Bruce Springsteen, while other examples would be Aerosmith and the Eagles. It is unclear what will happen with Black Oak Arkansas next. However, this isn’t the first time that one of its band members has died. In fact, this isn’t even the first time that a member of the classic line-up has died because Stanley Knight passed away from cancer in 2013. Even so, Reynolds will be missed, not least because of his considerable influence on multiple generations of fans.