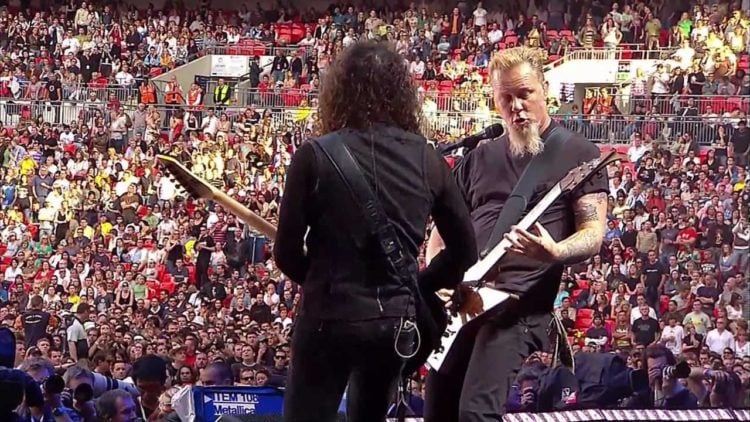 Scientists have been known to look into a wide range of topics. After all, bad assumptions lead to bad conclusions, meaning that it is a good idea to study even the most uncontroversial statements to make sure that they are grounded in the truth. Naturally, scientists have conducted a lot of studies about the effect of music on music listeners. Something that has turned up some pretty interesting results about metal on metalheads. Here are some examples:

Death metal doesn’t have the best reputation. In part, this is because of the growling vocals paired up with the often atonal, often aggressive tunes, which are pleasant for some but not for others. However, death metal is also infamous for its focus on extreme acts. Something that has made more than one parent shudder in horror at the thought of how this kind of music might be influencing their child for the worse. Amusingly, the science says otherwise. Essentially, death metal listeners are no more desensitized to violence than people who listen to other kinds of music, as shown by their similar responses to violent images.

People make a lot of assumptions about what makes us more angry and less angry. Sometimes, these assumptions can be quite bad. To name an example, anyone who has ever been recommended to get their anger under control by expressing said emotion should avoid following such recommendations. This is because expressing anger doesn’t make people more controlled afterwards. If anything, expressing anger actually makes people feel angrier, meaning that it has exactly the opposite effect of what is desired. Similarly, people have been known to assume that listening to heavy metal makes people angrier and otherwise more worked-up. However, the evidence doesn’t seem to support this. Instead, heavy metal has been shown to make people feel less hostile, less irritated, and less stressed-out afterwards. As such, it might be a positive way for interested individuals to manage their anger.

Thanks to this, it is perhaps unsurprising to learn that metalheads are apparently some of the happiest music listeners out there. This finding came from an online platform examining the kind of language that people used as well as the kind of music that people listened to. Jazz listeners managed to walk away with the title of being the happiest music listeners out there, which is pretty interesting in its own right considering jazz’s reputation for sometimes being sad and depressing. However, metal listeners managed to claim the second position, while rock listeners and grunge listeners also managed to claim positions in the top ten. Supposedly, this is because of much the same factors as the aforementioned case. Essentially, people can use both jazz and metal to help them manage their negative emotions such as sadness and anger, thus preventing those from having a lasting effect on their mental well-being.

On a related note, this suggests that metalheads can expect mental health benefits. After all, it is common for mental health problems to show up because of sustained pressure over time. As such, good management of anger and stress helps people maintain a state of mental well-being, thus reducing the chances of mental health problems in the long run. On top of this, it is worth mentioning that just listening to music on a regular basis is supposed to be good for people’s mental well-being.

There Is a Connection Between Personality and Musical Tastes

There is a widespread belief that there is a connection between a person’s personality and that same person’s musical tastes. Science seems to have confirmed this. However, what is even more interesting would be the topic of which personalities correspond to which musical tastes. For example, people who enjoy metal are likelier to exhibit more logical, more systematic ways of thinking. In contrast, people who enjoy softer kinds of music such as R&B and soft rock are likelier to exhibit more empathy. Meanwhile, metalheads have a notable preference for songs that are tense, thrilling, and otherwise high-arousal in nature. Of course, interested individuals should remember that establishing correlation isn’t the same as establishing causation. To illustrate this using another example, people tend to both eat more ice cream and use more electricity in the summer. However, they aren’t eating more ice cream because they are using more electricity. Similarly, they aren’t using more electricity because they are eating more ice cream. Instead, both of these trends are caused by a third factor, which would be the higher temperatures in the summertime. As such, while we know about these correlations between personality and musical tastes, we don’t actually know much about what is causing what. That kind of thing needs to be determined by further studies, which will need to be designed specifically to address such questions.

Metal Seems to Be Bad for Driving Skills