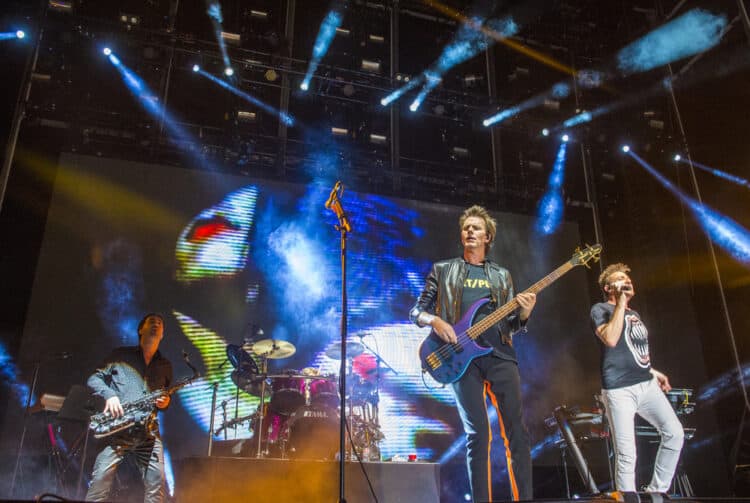 Mondays might suck, but there’s one thing that’s always guaranteed to lift your mood – music. Specifically, great music. Even more specifically, great music that draws on the worst day of the week as inspiration and adds a silver lining in the form of irresistible melodies, pulsing beats, and earworm choruses. If the Monday morning blues are biting hard, here are 10 awesome songs about Monday to help you shake them off for good.

If you need some encouragement to stop moping and get on with your Monday in style, this quirky rocker from Tegan and Sara should do it. Find it on their 2002 album, If It Was You.

9. Rainy Days and Mondays – The Carpenters

Written by Roger Nichols and Paul Williams and recorded by the Carpenters for their eponymous 1971 album, Rainy Days and Mondays took the brother/ sister duo to number 1 on the Adult Contemporary singles chart (their fourth single to hit the number one spot) and number 2 on the Billboard Hot 100 chart. Strangely, it didn’t chart in the UK at all the first time around, but managed to reach number 63 when it was reissued over 20 years later. The siblings were clearly a bit obsessed with weekdays at the time – the B side was Richard Carpenter’s original composition, Saturday.

Almost 40 years after New Moon on Monday was first released, the Duran Duran fan club is still trying to work out the subliminal meaning behind the lyrics “Shake up the picture, the lizard mixture.” Maybe there isn’t one. Maybe there is but Simon Le Bon has forgotten. Either way, there’s no denying the bliss of those effervescent melodies and rousing choruses. Released as the second single from the band’s third album, Seven and the Ragged Tiger, it charted within the top ten in both the UK and US single charts. While the song is always good for a spin or two, you might want to give the music video a miss – even Andy Taylor has admitted it’s a shocker, saying “Even today, I cringe and leave the room if anyone plays it.”

Jeff Tweedy and co deliver a rocking performance on this high-energy tune from their second album, Being There. The entire album is a triumph, showcasing a new side to Wilco as they combined the alt-country twang of their previous album, 1995’s A.M., with a newfound versatility that took them from raucous indie rockers like Misunderstood to the whiskey-sodden, sleazy delights of the Rolling Stones-inspired Monday.

Blue Monday was originally recorded by Smiley Lewis in 1954. The definitive cut, however, belongs to Fats Domino, whose 1956 version quickly turned it into a classic, becoming one of the very earliest R&B songs to reach the mainstream charts. Listen out for Herbert Hardesty’s jaw-dropping sax.

It took Rumors to turn Fleetwood Mac into mega-stars, but two years before the release of their career-defining album, they were already dishing up the goods with perfect pop moments like Monday Morning. Written and sung by Lindsey Buckingham, it was first featured on the band’s multi-platinum album Fleetwood Mac. Described by All Music as “a brilliant opening to a brilliant album,” and a testament to Buckingham’s “strong pop instincts and craftsmanship,” it remains one of their most enduringly popular songs to this day.

Sure, you’ll need a certain tolerance for sugar-coated ’60s pop not to wince at Monday Monday, but even if you don’t, there’s no denying those killer harmonies. Neither is there any arguing with the line “Every other day of the week is fine, yeah / But whenever Monday comes you can find me cryin’ all of the time.” Released in March 1966 from the album, If You Can Believe Your Eyes and Ears, it hit the number one spot on the Billboard Hot 100 and snagged the Grammy for Best Pop Performance by a Duo or Group with Vocal.

On Monday, January 29, 1979, Brenda Ann Spencer opened fire on Grover Cleveland Elementary School, killing two and injuring another eight. When asked why she’d done it, she answered, “I don’t like Mondays. This livens up the day.” After reading about the story, Boomtown Rat Bob Geldof sat down and wrote I Don’t Like Mondays, a tragic but infectious earworm that, over 40 years later, is still what he’s best known for (outside of Live Aid and having the biggest potty mouth in showbiz, obviously).

Prince wasn’t exactly shy of performing his own material, but neither was he mean about sharing it with other artists. Sinead O’Connor, Chaka Khan, Martika, Sheena Easton, Stevie Nicks, Alicia Keys, Patti LaBelle… they all had hits with songs written by Prince. Apollonia 6 came close to having one too, but in the end, Prince decided the group wasn’t up to the task of recording Manic Monday and gave it to the Bangles instead. The result was a top 5 hit across the world and a song that’s impossible not to sing along to, no matter what day of the week it is.