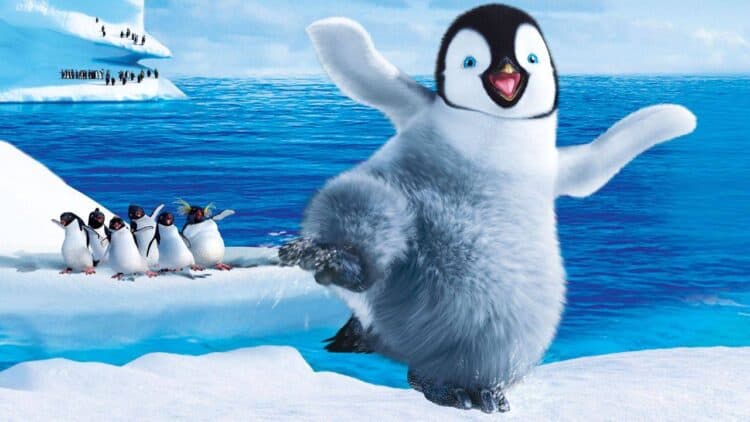 Happy Feet was a major box office success, grossing $384 million against its $100 million budget and generating positive reviews left, right, and center. But even a good film still needs a great soundtrack to be the complete package. Fortunately, the soundtrack for Happy Feet is just as impressive as the film itself. Here’s how we rank all the songs on the Happy Feet soundtrack from worst to best.

It’s been a while since we heard from Gia Farrell, but back in 2006, she was all over the radio with the super catchy Hit Me Up. It might not have been written especially for the Happy Feet soundtrack, but there’s no doubt the extra exposure from the film did the world of good for its commercial fortunes. Released as a single in October 2006, it reached the top ten in Hungary, Austra, and Finland and number 40 on the Billboard Mainstream Top 40.

12. Somebody to Love – Brittany Murphy

Freddie Mercury is a hard act to follow, but Brittany Murphy did a very respectable job of living up to his standards on this upbeat cover of Queen’s perennial classic, Somebody to Love.

Stevie Wonder’s 1976 album Songs in the Key of Life is widely regarded as his magnum opus and one of the best albums in recording history. It’s a goldmine of gems, with the Grammy award-winning, number 1 single I Wish ranking among the sparkliest. The original might always be the definitive version, but Patti LaBelle, Yolanda Adams and Fantasia Barrino’s soulful cover gives it a good run for its money.

Together with the Emotions, Earth, Wind & Fire earned a top ten hit and two Grammy nominations for the pulsating dance floor filler, Boogie Wonderland. Almost thirty years after its original release, Brittany Murphy showed it had lost none of its magic to time with her upbeat rendition for the Happy Feet soundtrack.

If the Happy Feet soundtrack album is missing one thing, it’s a few more snippets of John Powell’s beautiful score, but at least we get a taster of it in the form of the majestic The Story of Mumble Happy Feet.

The late, great Robin Williams brings his A-game to this euphoric version of Frank Sinatra’s My Way.

We know that Nicole Kidman can sing thanks to Moulin Rouge, and that Hugh Jackman can thanks to every other film he’s ever been in, so it’s not surprising that this mash-up of Kiss and Heartbreak Hotel is one of the soundtrack’s most unmissable moments.

6. The Joker mash-up with Everything I Own – Jason Mraz & Chrissie Hynde

Jason Mraz & Chrissie Hynde are an unlikely enough combination at any time, but there’s something extra improbable about them coming together on a mash-up of Bread’s Everything I Own and the Steve Miller Band’s The Joker. But strange though it is, it works amazingly well.

The Brand New Heavies’ urbane, anglicized take on classic ’70s American soul and funk rarely sounded better than it did on 1992’s Heavy Rhyme Experience, Vol. 1. As well as featuring on the Happy Feet soundtrack, Jump N’ Move has also been used on the in-game soundtrack for 2004’s NBA Live 2005 and 2009’s NBA 2k10.

By the late ’60s, Brian Wilson’s sonic experimentation had led the Beach Boys a long, long way away from the California Sound of their early days. In 1968, they gave a nod to their past with Do It Again, a throwback to the days when surf, cars, and girls dominated their output. Beach Boy Bruce Johnston didn’t care for it, saying.”I don’t like it. I don’t think that the group were entirely happy with it, but everyone else was going back to basics, so I suppose it was inevitable that we should,” but that doesn’t mean the rest of us can’t enjoy its nostalgic pleasures.

2. Tell Me Something Good – Pink

Stevie Wonder could have had a smash hit with Tell Me Something Good. Instead, he handed it to Rufus and Chaka Khan, who took it to number one on the Cash Box Top 100 and won the Grammy Award for Best R&B Vocal Performance by a Duo, Group or Chorus. Pink’s cover for the Happy Feet soundtrack drops the funk of the original in favor of a rockier edge, but it’s still irresistibly catchy.

Considering how iconic Prince’s song Kiss is, you can’t really blame him for being cautious about which films did and didn’t get to use it. When Warner Bros approached him about signing off on its use in Happy Feet, he was initially reluctant… until the studio offered to give him a private screening at his Paisley Park recording complex. After seeing the film, not only did he agree for Kiss to be used, he even offered to write a new song as well. The result was The Song of the Heart, which subsequently went on to win the Golden Globe Award for Best Original Song and a Grammy nomination for Best Song Written for Visual Media. 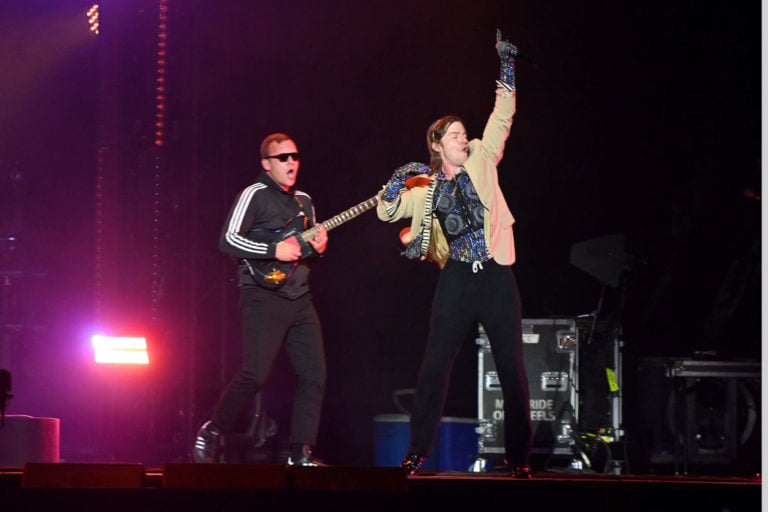 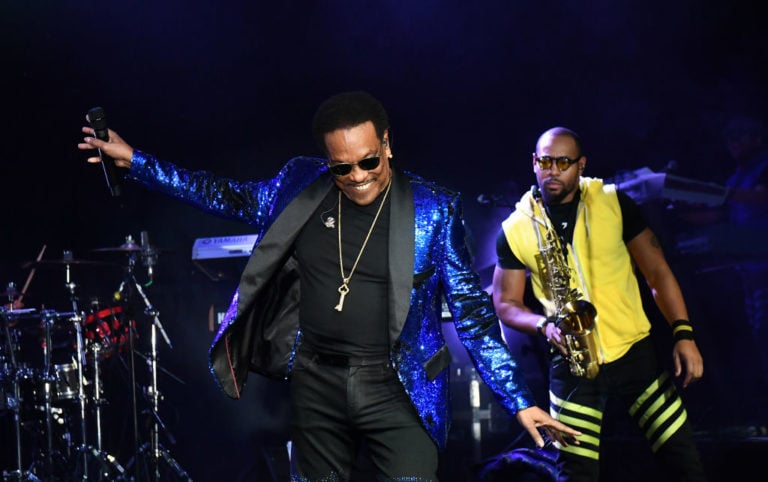 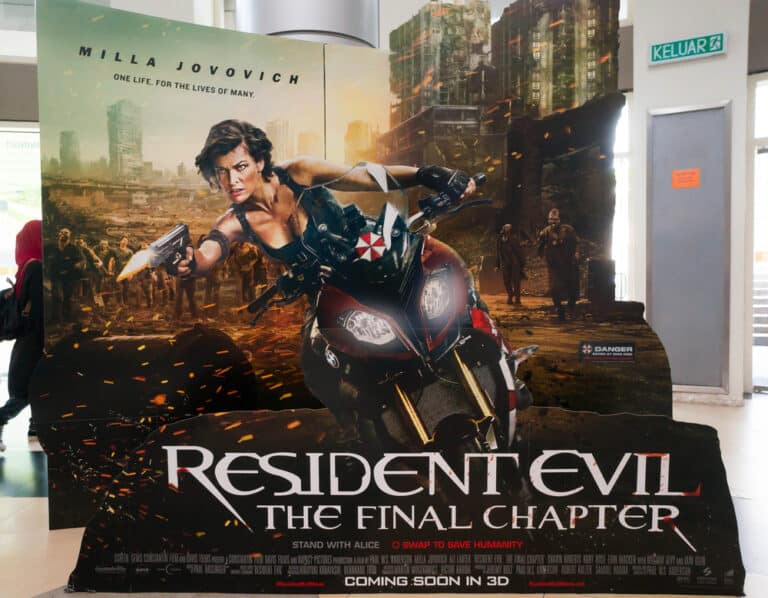 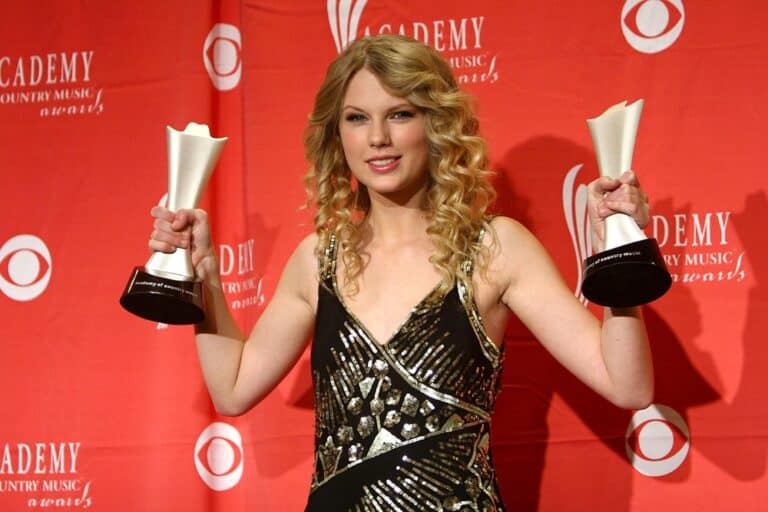 Getting back together with an ex can be a complicated process. There are so many emotions involved, and it’s often difficult to know what the right thing to do is. If you’re feeling confused about…