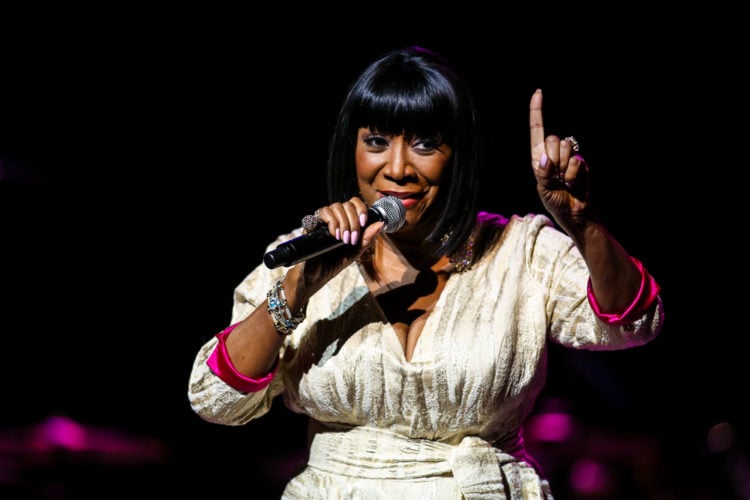 Patti LaBelle has been working in show business since the 1960s. During that time, she has truly set herself apart from most other people in the business because of her versatility and her ability to adapt to new situations. Not only is she a singer, but also a songwriter, a businesswoman and an actress. For almost 20 years, she had her own group. Below are 10 of her best, most influential songs. They’re ranked from number 10 all the way down to number one, with a YouTube link for each one.

In one of her earlier works, this song is the hallmark for anybody who isn’t satisfied with their life. In the song, she sings about wanting more because she’s frustrated with the way things are. In essence, the person in the song is tired of accepting the status quo and sitting idly by as if it’s perfectly okay. She wants more than that out of her life and she’s determined to get it because she’s tired of waiting for other people to allow her to have the life that she wants. As such, she decides to go out and achieve that life, no matter what it costs her.

This is a feel good song about being in love. There are plenty of love songs out there. Every single artist across virtually all genres of music has done one of their own. In some cases, they’ve done several. The thing that makes this one different is the tune. It’s very upbeat and something that you could easily dance to. It’s definitely not one of those sad love ballads that makes you feel like you need to grab a box of tissues. As such, it never gets old no matter how many times you hear it.

This is one of her more inspiring songs, stating that as long as you have hope, you are never genuinely alone. This song strives to give people the hope that so many people desperately cling to. The lyrics go on to tell listeners that they can be faced with the most dire circumstances one can ever imagine, yet as long as they hold on to hope, all is never lost.

This is definitely one of the later songs in her career, but it’s also one of the best. It discusses the trials and tribulations that every person has to face in their life and their ability to overcome those issues. The person in the song is talking about not always having their life sorted out, but continuing to work on themselves until they get to a point where they are happy with who they are and what they’re doing. The song also talks about the fact that every day is a new day, and therefore a new opportunity to strive to do something better.

If you’re in the mood from one of those sad love ballads that requires a box of tissues, here is one. It’s really quite heartbreaking as the lyrics talk about being with someone that you love and just having that knowledge in your heart that you will always be with them, only to wake up one morning and find that they’re no longer by your side for one reason or another. The song is about that struggle that happens to a person when they’re suddenly left to deal with everything on their own and they don’t have that person who was once their anchor by their side any longer.

This is a fun, feel good song that’s all about togetherness, yet it still celebrates a person’s independence. In some cases, the song is about getting out of a relationship that doesn’t work and in other instances, it’s about overcoming the stereotypes that society sets on someone in order to prove everyone else wrong. It’s a very unapologetic song that celebrates a person’s ability to be unique without caring what everyone else thinks about it.

Here’s another song about love gone wrong. The lyrics are akin to the way most people might feel in a small town where everyone knows exactly what you’re doing, even when you think you’re doing something in private. In this particular case, it’s about two people that have fallen out of love and everyone around them is aware of it, maybe even before the person singing the lyrics is aware that something is wrong. The song gets its title because there are lyrics that indicate that the individual singing is so incredibly heartbroken by the turn of events that her own heart is no longer worth anything. Therefore, she might as well just give it to the junkman as if it were some other piece of trash because to her, that’s all that it is now.

Any person who has ever been in a relationship that was once wonderful and glorious, but later turned sour, can identify with the lyrics in this song. The song talks about what a shame it is that someone can have such a warm relationship with another person, only to end up not even speaking to that person years later. It also explores the mystery that sometimes surrounds these types of events, as people don’t always know exactly what changed or what went wrong, only that they’ve grown apart.

Everyone is familiar with this song. It’s the song that was made famous in the movie “The Wizard of Oz” and it’s also the song that will bring even the most stoic of individuals to tears. If you have ever had a moment where you wanted something to become a reality so badly that you’ve buried your entire heart and soul in hopes of a better tomorrow, then you know the meaning of this song. The reason that the song is so melancholy is because it talks about wanting those better things that are just out of reach, so much of the time.

This was the song that was actually written for the movie that came out the same year, “Beverly Hills Cop.” The song itself deals with wanting to achieve bigger and better things and knowing that the only way to get them is to get off the couch, start moving and make them happen yourself. It’s basically about someone who is no longer satisfied with what they’ve been doing in the past and their decision to shake things up so that they can achieve their goals in the future.