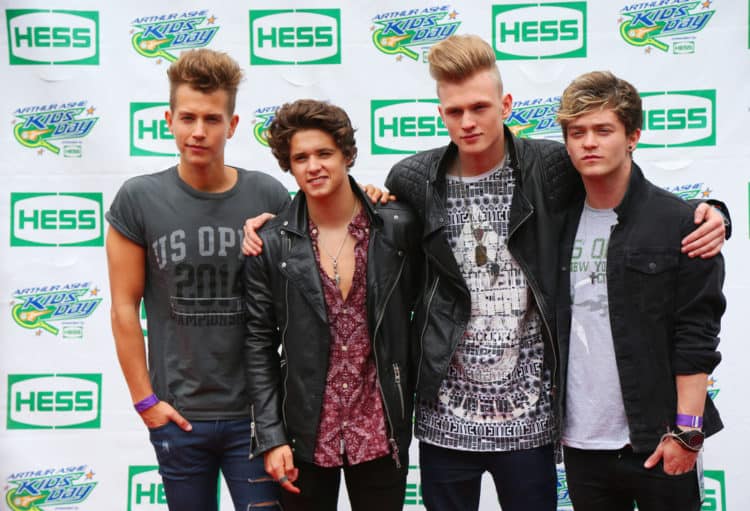 The Vamps made a tremendous impact in the music industry in the mid-2010s. Thus, terming this period as their start, if not the peak of their commercial success, is on the button. This band of four talented artists: Bradley Simpson, Connor Ball, Tristan Evan, and James McVey, was formed in 2012 and continues to grow, a fact that is echoed by the wide acceptance they’ve achieved from their Vampions and Vampettes. If you’re wondering what has been their charm, you probably have not harked any of their hits. Here are the 10 greatest The Vamps Songs that will instantly get you into the vibe.

With over 14 million views on YouTube, ‘ Middle of the Night’ is the second single from The Vamps third album ‘Night & Day. The song was released on April 28th, 2017, as a digital download by the Virgin EMI Records. It was composed by Martin Jensen, Anders Christensen, Chris Wallace, Edward Drewett, Mathew Radosevich, and Stephen Philbin. It is a heartbreaking song where the singer tries hard to let go but is chained in memories and love. Drinking themselves into a stupor seems effortless; they can’t stop questioning how they lost the person they love.

Featuring Omar Samuel Pasley, a Jamaican singer well-recognized by his stage title ‘OMI,’ is the ‘I Found a Girl’ song. It is The Vamps third single from the wake up album. This song was released in 2016 April and has gathered over 34 million views on YouTube. It was written by Claude Kelly, Steve Mac, Ammar Malik, James Blunt, Ross Golan, James McVey, Connor Ball, Tristan Evans, and Brad Simpson. The song ranked position two on the UK Singles Chart. So if you ever fall for a lesbian, you can click the lyrics in this ballad.

‘Wake Up’ is the lead single from The Vamps second album bearing the similar title ‘Wake Up.’ The song was released in 2015, but its drum beats are a rework of a single by the Nine Inch Nails band ‘Every Day is Exactly the Same.’ Written by Kelvin Snevely, Steve Mac, Ammar Malik, and Ross Golan, the lyrics will soothe a worried heart that feels alone and deserted. The song has over 41 million YouTube views.

Last Night is the third single from the ‘Meet the Vamps’ album. It was released in 2014, three months after their second single from the same album. That span of time was enough for the band to record and release this ballad that has earned over 42 million YouTube views. The TMS trio composed the song (Tom Barnes, Peter Keller, and Ben Kohn) with the help of Ayak Thiik and Wayne Hector. It peaked the second position on the UK Singles Chart.

This early 2014 release was penned by Jamie Scott, Ben Harrison, Amund Bjorklund, Ayb Asmar, and Espen Lind. It has garnered over 58 million YouTube views, more than what some top hits from other bands/artists have achieved. Indisputably, The Vamps have gained unmatched popularity. This second single of their ‘Meet the Vamps’ album is their highest chart-topping single in Ireland, peaking at number six on the Iris Singles Chart. The song also charted on the UK singles chart, ranking third.

This third single from The Vamps Night & Day album was released as a digital download by the Sony Music company on June 15th, 2008. The song’s writers are Brad Simpson, Philip Plested, Alexander James, Connor Ball, James Abrahart, James McVey, Tristan Evans, Dale Anthoni, Jacob Manson, Iain Farquharson, and Tobias Tripp. If you feel like you’ve met your type of girl, playing this song might help you figure out your next move. It might have well been impactful to the over 65 million viewers on YouTube.

Released by The Vamps in October 2016 with DJ Matona is this excellent hit that was co-written with John Mitchell, Danny Majic, and Justin Franks. It is a lead single from the ‘Night & Day’ – The Vamps third studio album. This ballad is one of the platinum singles in the UK and has over 72 million views on YouTube.

After their formation, The Vamps released ‘Can We Dance’ their debut single in September 2013. The song was also the lead single from their first album, Meet the Vamps. It charted on the UK peaking at position two. ‘Can We Dance’ would have topped the chart but was overthrown by counting Stars, a single by OneRepublic band. Nevertheless, this song by The Vamps has acquired wide public acceptance, gathering over 88 million views on YouTube. It’s a lively ballad composed by Timz Lam, Amund Bjorklund, Karl Michael, Bruno Mars, Espen Lind, and Philip Lawrence.

Another great hit is the fifth single from the band’s debut album, ‘Meet the Vamps,’ with over 93 million YouTube views. ‘Oh Cecilia’ was released in 2014 featuring Shawn Mendes, a Canadian singer-songwriter known for releasing some of the best hits in history. This song was composed by Tristan Evan, Paul Simon, James, McVey, Espen Lind, Brad Simpson, Chris Michaud, Connor Ball, and Amuhud Bjorklund. It is among the most popular songs in the UK, Australia, South Africa, New Zealand, Ireland, and Scotland. The song’s chorus is a rework of “Cecilia,” a 1970 hit from Simon and Garfunkel.

For a song to earn YouTube views of over 228 million, the artist(s) must have offered their audience a well-packaged piece of music. The Vamps have developed a unique and strong brand identity, but this fourth single from their first album, ‘Meet the Vamps’, increased the band’s popularity. The song was written by Savan Kotecha, Carl Falk, Kristian Lundin, and Nate Blasdell and was released in 2014. The ballad ranked number 4 of their top-five single in the UK, peaking at the fourth position on the UK singles chart.

Like their band title “Vamp,” this British band has continued to release hit albums and singles since its founding. However, they’ve distinguished themselves from the ‘rest.’ Besides nurturing their music talent, The Vamps participate in charity work and advocate for a positive change. They’re also involved in mental health and gender equality campaigns. So, as you play these ten best The Vamps Songs, remember, you’re listening to a band with more than ‘just’ music talent. 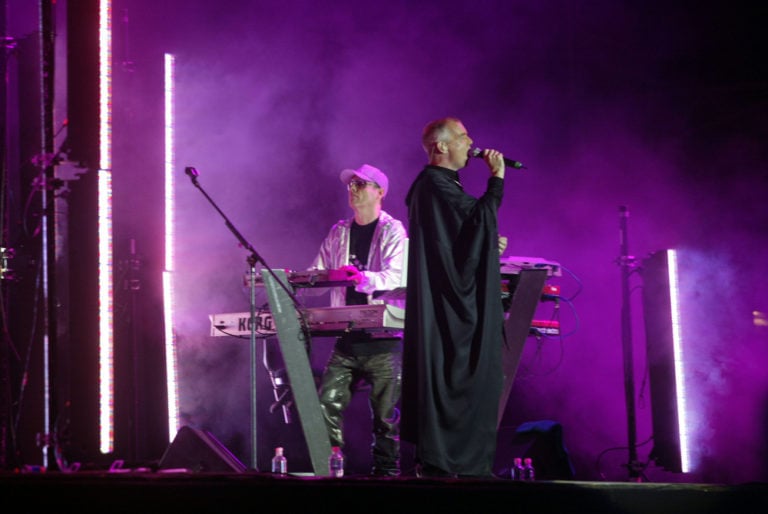 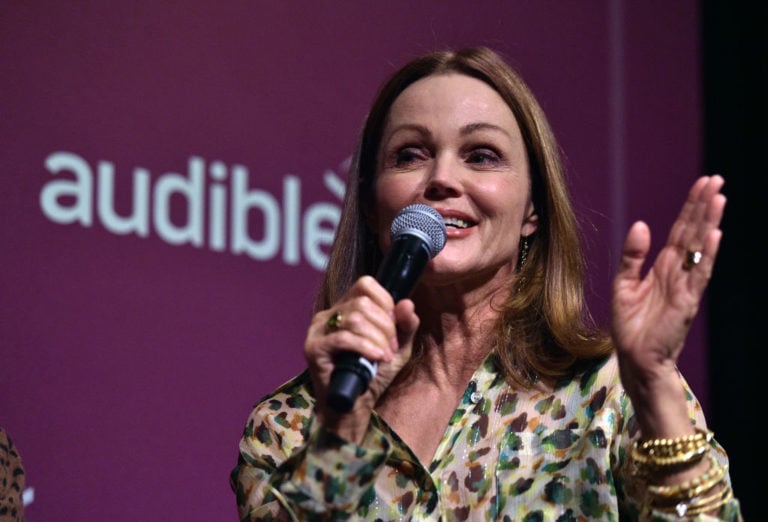 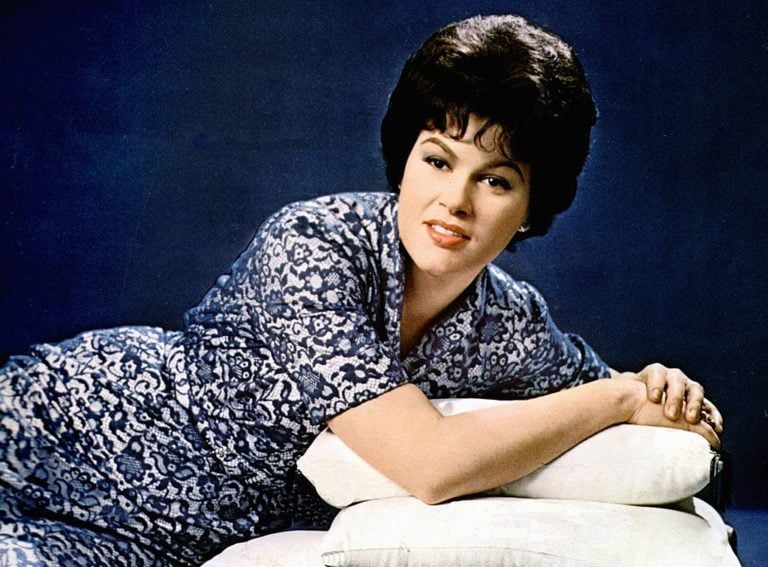