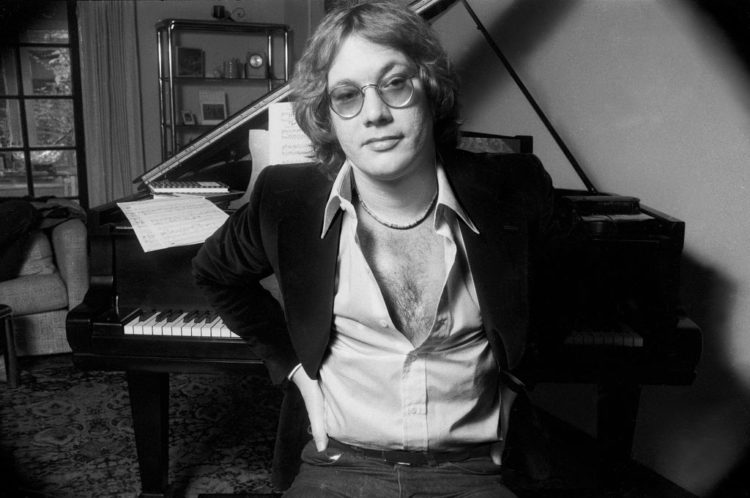 Warren Zevon was an unmistakable talent who possessed an indefinable genius. An excitable boy they all said. Sadly, the greatness of the singer-songwriter was never truly recognized in his own time, mainly of his own doing. Best known for his raucous 1978 anthem “Werewolves of London”, he turned in a brilliant yet tragic career that spanned from the late 1960s to 2003. Zevon was quick to sabotage his greatest chances at superstardom, always more comfortable along the borders of the spotlight than in the center of it. As he stated in a 2002 Rolling Stone interview shortly before succumbing to cancer at the age of 56, “I don’t remember stardom with any longing. My success was a fluke. I was a folk singer who accidentally had one big hit”.

Distinctive is a word often attached to Zevon. He is certainly an acquired taste. Though plagued by both his creativity and substance abuse, his perspective was never skewed. Not even through the lenses of his fantastical characters. He didn’t try to sugarcoat humanity. Warren’s work is highly satirical and humorous while simultaneously wildly melodic and entertaining. His allure is absolute, but it is a bit of a conundrum because there has never really been anyone like him. In a review of his “eponymous first album”, Janet Maslin of Newsweek stated, “It sounds as though Zevon is out to demolish every cliche in the Asylum bin … Zevon is that refreshing rarity – a pop singer with comic detachment”. But Zevon’s legacy is a convoluted one. His influence is immense, but his musical silhouette should cast a bigger shadow.

Zevon’s output was consistently dazzling and habitually overlooked. His songs missed the masses, possibly because he presented such a potent poetic mix of celebreality and creativity. However, he was always appreciated by fellow artists. Bruce Springsteen said, “[Warren] would write something that had real meaning…I always envied that part of his ability and talent”. Jackson Browne remarked, “His songs carried such humor and human truth. I think of him all the time – and that’s because those songs live on”. It is the songs that count after all, and Warren’s fantastical tunes are more memorable than most. But behind all his masterful musical phrasing and vibrant lyrics, Zevon’s songs continue to resonate because they reflect the inadequacies that all of us possess yet are rarely willing to admit.

The songbook of Warren Zevon is one of the most eclectic in the recent history of popular music. It is also absolutely revered among songwriters. When the news was made public that Zevon was dying, Bob Dylan started performing several of his songs in his live shows to show appreciation to the doomed troubadour. “I know more of his songs by heart than just about any other songwriter,” says Browne. Warren’s songs are like mini vignettes that accentuate the complexities of human nature. And every one of them a treasure. With his premature passing, it was thought that no new original Zevon material would ever surface again. It was thought that his recording catalogue was set, for better or worse, forever. Fortunately, that was not the case.

Several months after Zevon’s death in September of 2003, his son Jordan was organizing his father’s belongings. Eventually, Jordan was faced with the task of cleaning out Warren’s storage facility in the San Fernando Valley. The findings were nothing short of monumental.   According to an official statement: “Jordan Zevon discovered 126 unreleased outtakes and demos in a piano-sized touring case”. The unbelievable finding gave hope to Zevon fans everywhere that fresh songs existed. This remarkable discovery “would be distilled down to the best of these recordings and eventually released as a 2CD set titled Preludes released on May 1, 2007. When the album was released, it featured sixteen unreleased recordings from Zevon’s personal archives, as well as six never-before released songs”. All of the newly found material was recorded before 1976.

Preludes features cuts from Zevon’s creative prime. It includes previously unreleased alternate versions of “Werewolves of London” and his striking ballad “Accidentally Like a Martyr”. But the real prize found in the Zevon treasure trove are the six songs that were never have known to exist. They are truly on the level with the best compositions he ever recorded.

Going All The Way

Warren Zevon had a style that was distinctly his own. For his small but faithful fanbase, the recently unknown songs documented above serve as just another testament of his distinct greatness.  The fact that Zevon did not shatter records for selling records notwithstanding, he enjoyed the kind of pure success that most true artists can only dream of. What longtime friend Jackson Browne refers to as “the success that matters: this very loyal following of people who truly get him. There’s no greater success than being loved and admired for what you really do”. Although Zevon often played the martyr, it was rarely accidentally so.