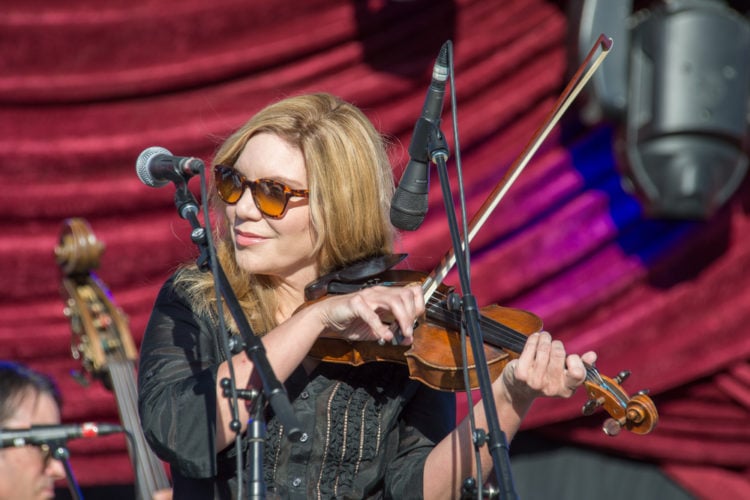 Alison Krauss is an American musician. Genre-wise, she has been known to make bluegrass music, country music, and even pop music. In recent times, interested individuals might have seen Alison Krauss’s name show up in the news because she is reuniting with Robert Plant to release another album called Raise the Roof.

Krauss was born in Decatur, IL. The place is named for Stephen Decatur Jr., a U.S. naval officer who is remembered for his excellence. For starters, he became captain at the age of 25, meaning that he is still the youngest individual to reach the rank in the U.S. Navy. Furthermore, Decatur served in both Barbary Wars, the Quasi-War, and the War of 1812, with the result that he was seen as a national hero in his own time. As such, the city being named for him is unsurprising, particularly since it was founded just a short while after his untimely death.

Having said that, Krauss comes from Champaign, IL. Said city is considered to be twin-cities with Urbana, IL. Together, the two are home to the University of Illinois Urbana-Champaign. In fact, it is worth mentioning that Krauss’s parents met while they were studying at the school.

Krauss’s mother Louise was an illustrator who played not one but two musical instruments. One was the banjo, while the other was the acoustic guitar. Thanks to her, Krauss was exposed to folk music, which would be the genre that encompasses both traditional folk music and the contemporary folk music that sprang from it. Besides this, Krauss was also exposed to both rock music and pop music through the radio.

4. Her Brother Is an Instrumentalist

On the whole, it seems safe to say that the Krauss family was very musical, particularly since Krauss’s older brother Viktor is a musician as well. In his case, he played both the piano and the double bass when he was still in high school. Later, Viktor became a composer as well as a multi-instrumentalist who has released solo albums while also working with a number of other musicians. Perhaps unsurprisingly, the latter includes Krauss herself.

5. Started Studying Classical Violin at the Age of Five

In any case, Krauss started studying classical violin when she was still at the age of five. Apparently, she wasn’t too enthusiastic about it. However, Krauss nonetheless continued her lessons until the age of 11 because of her mother’s insistence. She has said that her mother provided her with plenty of encouragement to get involved in both the arts and the sports. Something that seems to have worked quite well in both respects. After all, there was a time when Krauss was so interested in roller skating that she considered going into roller derby before deciding to go into music instead.

Nowadays, Krauss has a strong association with bluegrass, which is a kind of American roots music that came into existence in the Appalachian region. She became interested when her mother learned about an upcoming fiddle competition, with the result that her mother bought a bluegrass fiddle instruction book as well as a bluegrass album. Eventually, Krauss went on to claim fourth place in the novel category, which prompted her to look further into the genre. Furthermore, it is worth mentioning that said competition was also where she met the singer as well as fiddler Andrea Zonn for the first time.

7. Received Her First Record Deal at the Age of 14

Krauss went on to participate in more competitions. By the age of 13, she had claimed first place at the Walnut Valley Festival, which is an acoustic music festival held in Winfield, KS on an annual basis. Thanks to this as well as other achievements, Krauss received her first record deal from Rounder Records by the age of 14. It is not for nothing that she was seen as an up-and-coming individual who had great promise for the bluegrass genre in those times. Something that seems to have been borne out by her career ever since.

8. Has Stated that Dolly Parton Is a Major Influence

Naturally, Krauss has been influenced by a wide range of other musicians. To name an example, she has stated that Dolly Parton is a major influence, which makes sense considering the latter’s incredible success as an artist, a businesswoman, and a humanitarian. Moreover, while Parton tends to be best-known because of her country music, she is also associated with both bluegrass music and gospel music.

9. Used to Be Less than Enthused about Making Music Videos

Krauss used to be very unenthusiastic about making music videos. Initially, she didn’t think that she would make any music videos at all. After Krauss had made her first music video, she thought that it was so bad that she would never make a music video ever again. However, she persevered, with the result that she is now comfortable enough with the process to make broad suggestions while leaving everything else to the chosen director. As for how Krauss and her band-mates choose their directors for their music videos, well, it is amusing to note that they choose those who have made other music videos for other acts that they have enjoyed.

10. Used to Dislike Working in the Studio

That is but one of the things that have changed about Krauss’s art over time. Another example would be how she has put more focus on singing than on playing musical instruments over time, entrusting the latter to her band-mates. A third example would be how Krauss used to dislike working in the studio because of the repetitiveness of performing something again and again. Something that has softened over time, with the result that she apparently now likes working in the studio about the same as putting on a live performance. 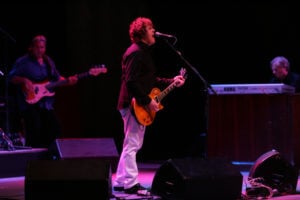 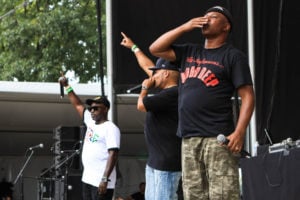 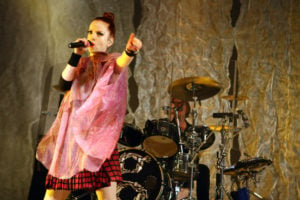 The 10 Best Garbage Songs of All-Time 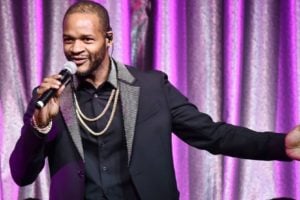 The 10 Best Jaheim Songs of All-Time