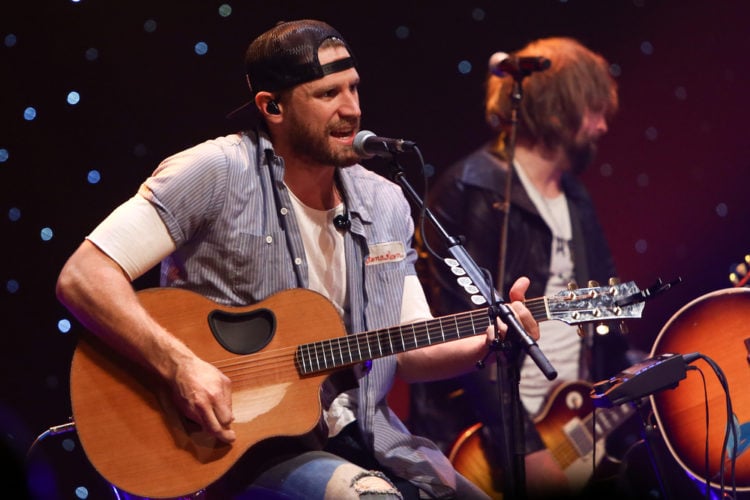 Chase Rise rose to prominence back in 2010 as a contestant of CBS reality TV series, Survivor: Nicaragua. He is a man of many talents, and apart from his music career, he is also a former college football linebacker who played for the University of North Carolina. He was also a member of Hendrick Motorsports, where he was a pit crew member of NASCAR. Chase Rice’s love for playing the guitar goes back to his college days, and he often cites his father as his inspiration. His debut studio album was released in 2010 and featured the song “Larger than Life”, which was a tribute to his father, who had passed away. He has released four more country music albums, and he is one of the most popular modern country music stars. Here are the top ten Chase Rice songs of all time.

Starting us off in the tenth position on our list of the ten best Chase Rice songs is one of his tributes to country music. The song, which he co-wrote alongside Ross Copperman and Jon Nite, was released after he felt disappointed because he had released several country songs that did not perform well, despite his previous success. The title of the song has been used by several artists including, Sara Evans, in her debut album that goes by the same name.

The number nine song on the list of the ten best Chase Rice songs is a pulsing song that sees Chase Rice and Lauren Alaina lend vocals to Breland’s hit song. “In the Woulds” is a beautiful song that contains beautiful lyrics. Chase Rice vocals stand out and make this a great collaboration and a song that you are likely to have on repeat.

The number eight song on our list comes from Chase Rice’s 2020 album, The Album Part 1. “Forever to Go” is a beautiful song that is perfect for a wedding. Filled with beautiful lines such as “The Honeymoon phase and butterflies fade, but I’ll never let you go,” this is one of those songs that you want to listen to as you dance with your lover. The song always gives me mental pictures of how it feels to be loved like this.

In this track, Chase Rice asks us some deep questions in a show of another impressive side of his artistry. The track “If I Were Rock & Roll” comes from his 2021 album by the same name. The reflective song talks about being vulnerable and authentic. The song also contains some aspects of regret and is the first song that Chase Rice has written independently. In the song, he also asks some critical questions such as, what makes us who we are? And What exactly do we want from this life?

The number six track on our list features Macy Maloy and is contained as a bonus track on Chase Rice’s 2014 album, Ignite the Night. The idea of this track came about after Chase Rice tweeted SoMo a photoshopped cover of his face on SoMo’s album. SoMo replied by telling Chase Rice that he should do a cover of his song, “Ride.” Chase Rice featured SoMo in the music video of the song which had sold 413,000 copies across the US as of February 2016.

Chase Rice is the kind of guy that would do anything to make the woman he loves happy. In this aggressive yet catchy song, Chase Rice tells us how living in the country feels and what people think about it. The song was released on 10th November 2014 as the first promotional single from his 2014 album, Ignite the Night.

Ignite the Night was a pretty decent album, and the number four song on our countdown of the top ten Chase Rice songs comes from the same album. The song was written and produced by Chris DeStefano and was initially contained in Chase Rice’s EP album, Ready Set Roll. The song’s production is outstanding, and Chase Rice’s vocals stand out throughout the track. The song debuted at position 100 on the US Billboard Hot 100 and was the second best-selling country music song, selling 42,000 copies on its first week. The track peaked at #54 on the US Hot 100 and was certified platinum by the RIAA on 18th November 2014.

3. Lonely If You Are

Chase Rice wrote this song alongside Lindsay Rimes and Hunter Phelps and released it in mid-2019. The song, which is accompanied by an acoustic guitar, was a song urging his girlfriend to go ahead and have a good time with her friends whenever he was away. The song has an incredible video that portrays Chase Rice and his band as kids.

The number two track on our countdown of the ten best Chase Rice songs is the first song they have cowritten with Florida Georgia Line since the 2012 hit song, “Cruise.” The song was written right before the Covid-19 pandemic struck. According to Chase, it was a celebration of 2020 and how the pandemic enabled us to have more meaningful conversations with our loved ones since the movement was restricted. The song reached #24 on the US Hot 100 Chart and is Chase Rice’s highest-charting song.

The number one song on our countdown of the greatest Chase Rice songs is a song in which he recounts details of a romantic night in California with a female lover. In the song, he also tells details of numerous other places they have visited together, but despite all the places they have gone, he only got eyes on her. Although he altered the locations in the lyrics, the song is a real-life experience that Chase Rice has gone through. The song has sold over 2,000,000 copies and is certified platinum by the RIAA.