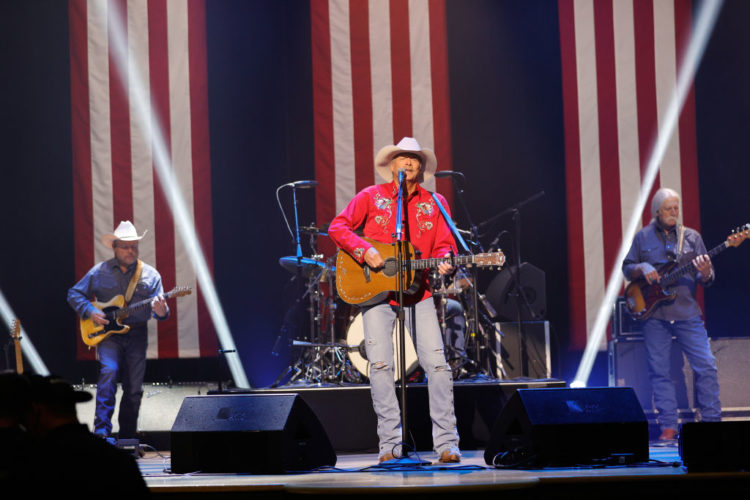 The 90s were one of the best decades for country music. Although many songs focused on the traditional side of the genre, others began to appeal to those who’d never been interested in country music. Many of the songs sounded closer, like popping and crossed over on the charts exposing people to songs that may have gone unheard. Additionally, artists like Garth Brooks, Reba McEntire, Wynona Judd, and Shania Twain sang many songs that crossed genres during this decade even though they spent the 80s singing more traditional pieces. According to Wide Open Country, the neo-traditionalist movement began in the late 80s with artists like Clint Black, Mark Chestnut, and Patty Loveless, who started the Urban Cowboy fad. These artists later went on to chart-topping success in the 90s.

Loveless even sang a song with legendary country singer George Jones, You Don’t Seem To Miss Me, in 1997. Vince Gill was another artist who seamlessly crossed genres. Many of his biggest hits like I Still Believe in You could easily be mistaken for adult contemporary. However, when he performed on the Grand Ole Opry stage of Don’t Let Our Love Start Slippin’ Away, he performed with an Opry Legend, Jimmy Dickens. Although many country artists today still draw from legends like Johnny Cash and Loretta Lynn, others still look to the 90s for inspiration. Charlie Worsham recently performed legend Marty Stuart’s song Tempted on his album. It was a collaboration with Vince Gill and Stuart. Although there were so many amazing country songs, some stood out from the rest. These are the 20 best country songs of the 90s.

This song was inspired during lunch when Dewayne Blackwell and Earl Bud Lee were out drinking. According to Wide Open Country, Blackwell was a bit tipsy at the end of the meal and realized he forgot his wallet. Lee was not phased; he said, “don’t worry, I’ve got friends in low places.” Even though they didn’t go back and write the song that day, the idea stuck. Months later, they were at an album release party and started thinking about the music again. The lyrics began to flow, and they wrote the song shortly after that.

Faith Hill’s third album was released in 1998, and this song was the first single from the album. It reached number one on the United States and Canadian country charts. It was Hill’s first song to reach the Top 10 on the Country charts and the Adult Contemporary and Pop charts. The song was nominated for two Grammys; Best Female Country Vocal Performance and Best Country Song. When Hill filmed the video for the song, she was pregnant with her second daughter Maggie.

Bobby Braddock wrote this song. When he wrote it, he wanted the melody to sound like a ticking clock. Additionally, he mentions some of the greats in this song, like Hank Williams and Bob Dylan. The inspiration for the song was when he went home to Florida and noticed that many people had passed on. Additionally, Braddock had always been interested in time and physics and the what-ifs in life. The song made it to #1 in both Canada and the United States.

This song rocketed to the number one spot in both the United States and Canada and became one of John Michael Montgomery’s most popular songs. Richard Fagan and Robb Royer wrote it after a conversation at the Boardwalk Café in Tennessee. While there, they met a native Tennessean who, despite being slow-talking, worked as an auctioneer. Interestingly, the song’s hook ‘goin’ once, going twice,’ almost didn’t end up in the final cut. Fagan and Royer wrote the music for John Michael Montgomery as an updated version of his previous single, Be My Baby Tonight.

Jackson released the album A Lot About Livin on May 17, 1993. This song was the third single. Jim McBride and Alan Jackson wrote the music, and Keith Stegall produced it. Jackson’s record company didn’t want to release this song. However, it was his first single to make the Billboard Hot 100, and he has won the CMA for Single of the Year and Song of the Year. McBride was the one who came up with the line “way down yonder on the Chattahoochee since he’d recently read a poem by Sydney Lanier called Song of the Chattahoochie. Jackson’s addition was memories from growing up in Georgia near the river.

In 1993, Brooks and Dunn released the album Hard Workin’ Man, which had Boot Scootin Boogie, the duo’s fourth #1 hit. Additionally, it was the first single to make the Hot 100. It was one of the most popular songs in country bars during the 90s. The song was later used in the movie Kevin of the North as a dance song. Bill Bader was the person who created the dance to this song and was featured in this scene.

14. Carrying Your Love With Me – George Strait

Steve Boggard and Jeff Stevens wrote this song released on George Strait’s 1997 album with the same name. Carrying Your Love With Me reached the top of the Billboard Country Songs chart. Even though many critics felt the song was too similar to other pieces in Strait’s catalog, others thought it helped keep country music traditional during the 90s when the genre saw a shift in style.

This was Jo Dee Messina’s first single. According to Outsider, the song spent twenty-three weeks on the Hot 100 songs and peaked at number one. According to songwriters Mark D. Sanders and Tim Nichols, the song was inspired by the book Border Music by Robert James Waller, who also wrote The Bridges of Madison County. It took Nichols one day to write the song, and he was so excited he left a copy of the demo in Jo Dee Messina’s mailbox.

Over fifteen years later, this song is still played on country stations nationwide. Additionally, it has had many spinoffs in country dance halls and honky-tonks. Shania Twain co-wrote this song with her husband, Mutt Lange.

The song was the first single from Carter’s album, Did I Shave My Legs For This? It went to #1 on the US Country Charts and nominated 1997s CMA for Single of the Year. Mataura Berg and Gary Harrison wrote the song about Bergs’ memories growing up. During her teenage years, she drank strawberry wine with her friends, often to the point of severe intoxication, making some great memories.

9. Goodbye Says it All – Blackhawk

According to Country Music Life, Blackhawk is one of the best bands in country music. During the 90s, they enjoyed immense success with hit after it. Goodbye Says it all peaked at #11 in the United States and became a classic for guys who mess up in relationships.

John Anderson was in his third decade of recording when he released this song. Even though he spent many years in the music industry, his ascent to fame wasn’t easy. This song was only his second number one hit. His first was in 1983. Straight Tequila night was from his album Seminole Wind which was the only album that didn’t feature songs written by Anderson. It was Debbie Hupp and Kent Robbins who wrote this song. It was considered a comeback song for the singer.

Lucina Williams initially recorded this song in 1988. Chapin Carpenter’s version went to number 4 on the Billboard Hot Country Singles & Tracks charts and won Best Female Country Vocal Performance at the Grammys in 1993. One of the reasons for the song’s success is that the lyrics are a feminist anthem encouraging women not to settle for second best.

Susan Gibson was part of the Texas-based band The Groobees when she wrote this song. It was inspired by her rebellious 1993 trip to the University of Montana for Christmas break. Many lyrics especially detail memories, like the line about her dad asking her to check the oil. When she heard the Dixie Chicks singing the song, she was so happy about their version she started crying. It was lead singer Natalie Maine’s father who brought the music to the group’s attention.

Toby Keith co-wrote this song with Chuck Cannon. According to Song Facts, he talked about the publicity for the music co-writing with Chuck Cannon. The pair wrote hit after hit together. Even though they struggled to write some of the lyrics to the song, Keith felt confident it would be a big hit. Billboard agreed; the song stayed at #1 for five weeks and was one of the year’s biggest-selling songs.

Rolling Stone named this song one of the greatest country songs of all time. In 1994, it was nominated for multiple awards, including CMA’s Video of The Year award, which it won, and Song of the Year. The song lyrics are a poignant tale of an 8-year-old girl who watches her father physically abuse her mother. Gretchen Peters wrote the song and used the analogy of Independence Day to parallel the mother’s desperate choice to set a fire and kill herself and her husband. Even though the lyrics are heartbreaking, it sends a powerful message to a woman. After recording the song, McBride became an activist for domestic abuse shelters and charities. This song helped raise awareness for the growing epidemic of violence against women.

This song was a single on Kershaw’s album Haunted Heart. It peaked #19 on Billboard’s Bubbling under Hot 100 Singles in April 1993. However, it topped the country’s music charts in Canada. It debuted at number 67 on the Hot Country charts and stayed there for twenty weeks before reaching #1. Until this song, the singer never had a number-one country song. Paul Harrison and Bob McDill wrote the song.

2. Maybe It Was Memphis – Pam Tillis

Michael Anderson wrote this song. According to Country Thang Daily, Tillis found this song a few years before she signed with Arista. Tillis recorded the first version on Warner but didn’t like how it sounded. Yet, she kept singing it and reworking it. The song peaked at #3 on the Canada Country Chats and #3 on the US Hot Country Songs. Maybe it Was Memphis that has become a favorite in singing competitions. Both Carrie Underwood and Lauren Alaina performed the song on American Idol during the 2011 finale. Additionally, Daniel Bradbury sang it on the fourth season of The Voice. Later, Bradbury reached number one on the iTunes Country Charts for her rendition.

This song was Jackson’s tenth number-one single. Songwriter Bob McDill wrote the song about himself. Before he started writing country songs, he wanted to write pop and rock. After McDill shifted to country, he began to succeed with a string of hits, including this song. Jackson was thrilled to sing Gone Country and even wishes he wrote it since it said a lot about who he is as an artist. The CMA’s wanted Jackson to perform a prerecorded version of the song, but since he prides himself on being authentic, he didn’t want to use a canned version. To protest, his drummer performed the entire song without drumsticks. 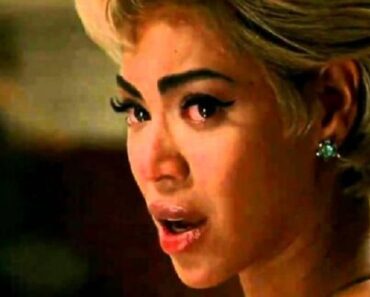 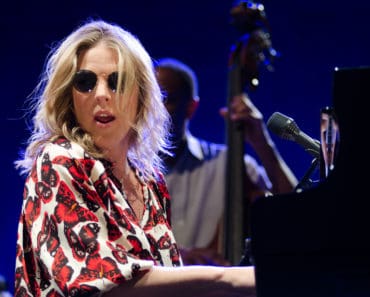 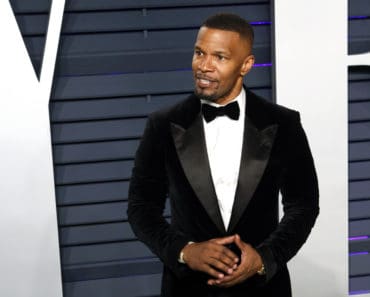 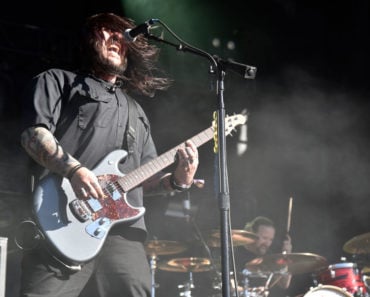 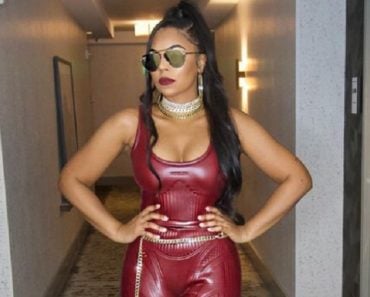 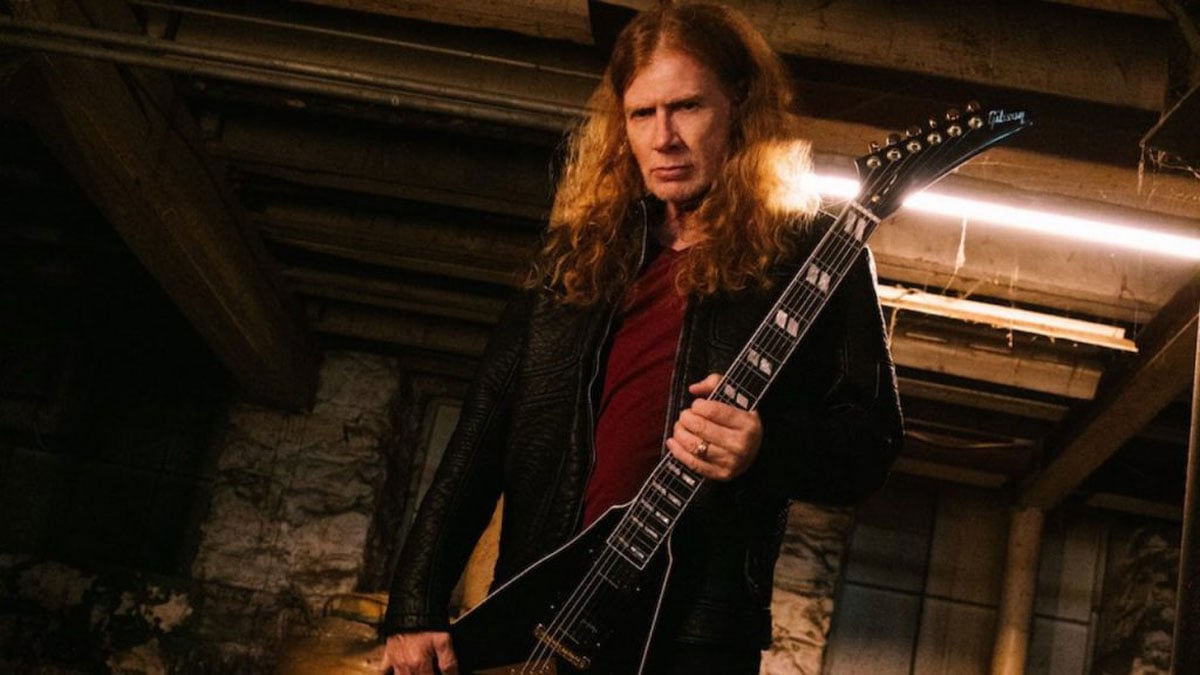