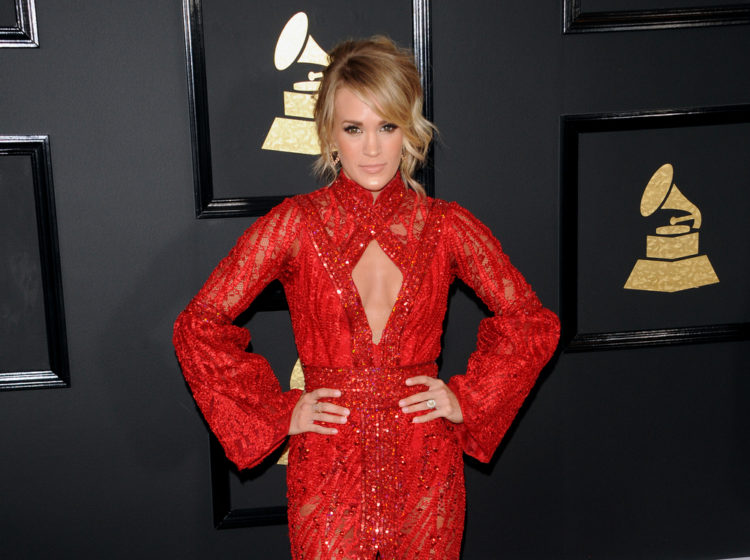 There have been close to a score of American Idol winners. However, the most successful of them would be Carrie Underwood, who used her win to launch a career as an extremely successful country singer-songwriter. For proof, look no further than the fact that she has sold 70 million records around the world, which are enough to make her one of the best-selling artists to have ever lived. So far, Underwood has released eight studio albums. Moreover, considering the rate at which she puts out new music, it seems reasonable to speculate that there will be more of them in the times to come.

Speaking of which, My Savior is Underwood’s eighth album. This time, it is a gospel album rather than a Christmas album, meaning that it is focused on Underwood’s interpretations of well-known gospel songs such as “Jesus Loves Me” and “Amazing Grace.” It is interesting to note that My Savior was meant to be uplifting. Something that was much-needed because of the COVID-19 crisis in 2020. Having said that, the album gets a ranking towards the bottom of the list for much the same reason as its immediate predecessor, which is to say, it sees Underwood showing her singing skills but not her songwriting skills.

Storyteller came out in late 2015. However, it is interesting to note that Underwood suspended her work on it for a time, which was necessary because she was pregnant with her first child. Regardless, the end product possessed a lot of similarities with its four predecessors, though it stood out by being more laidback in nature. Even so, Storyteller did quite well. It didn’t debut at the number one position on the Billboard 200, but it did debut at the number two position on the same chart, thus enabling Underwood to claim a record for country artists in the process.

On the whole, Play On was quite good. This can be seen in how it went multi-platinum, thus making it even clearer that Underwood was a name of note who wouldn’t be going away anytime soon. If Play On had an issue, it would be that it was more of the same, meaning that it lacked a sense of innovation.

Cry Pretty would be the most recent of Underwood’s conventional releases, having been released in 2018. It stands out for a number of reasons. To name an example, Cry Pretty is the first time that she has co-produced. However, what is even more notable is that it might be Underwood’s most personal release so far. For context, she wrote the title track after suffering three miscarriages in two years. Something that was made even more unpleasant by the fact that she would have to smile for interviews, photoshoots, and the like on a regular basis. As such, Cry Pretty possesses a certain degree of emotional weight that a lot of albums lack.

Underwood went from her American Idol win to a smashing success with Some Hearts. After all, most artists don’t get multi-platinum debut albums. Never mind one that went on to become the single best-selling country album in a decade’s time. Amazingly, Some Hearts doesn’t have a lot of the issues born of inexperience that are common for newer artists. Something that contributed a great deal to its incredible performance because it was just consistently good.

Carnival Ride is the sophomore album to Some Hearts’ debut album. If there were still people who suspected that Underwood’s previous successes had been flukes, it scattered those doubts in an instant. Carnival Ride saw the first four of its five singles reach the number one position on the Billboard Hot Country Songs chart, which was the first time that a female solo artist had managed the feat since Shania Twain in 1995 and 1996. Naturally, the album received a lot of praise, which was particularly interesting because it was so varied in nature. Some people praised the album because of its authenticity. Others praised it because its songs consistently improved upon their predecessors on Some Hearts. Even Underwood’s personal presentation received accolades. Apparently, she managed to pull off the girl-next-door image while maintaining enough spunkiness to save herself from the dire fate of being generic. A balancing act that can be much easier said than done.

Much of Underwood’s earlier material followed the same general track. However, she wouldn’t be where she is without the ability to innovate as well as improve on her own work. Some of the best evidence for this can be seen on Underwood’s fourth album Blown Away, which was an excellent seller that also managed to show a lot of growth. The album covered more serious topics than before, with examples including abuse, regret, and revenge. Meanwhile, the music was varied, as shown by the powerful ballads that coexisted with a number of fun, upbeat counterparts. All of which were executed with Underwood’s characteristic singing excellence. On top of this, it should be remembered that Underwood did a great deal of writing for the album, which went on to claim its year’s Grammy for Best Country Song. Thanks to that, Blown Away also made it very clear that she had grown a great deal as a songwriter as well.