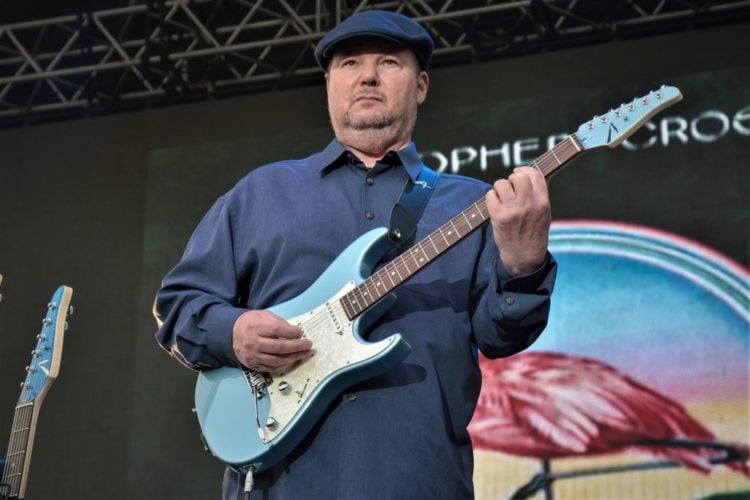 The first couple of years of the 1980s were a great time for Christopher Cross. The singer ruled the airways with his sugary sweet ballads, dominated the charts with hits like Sailing, and picked up every award going for his melodious arrangements and velvety smooth soft rock. By 1985, his time at the top was already over, but while his star fell almost as quickly as it rose, he continues to tour and record to this day. Here, we take a look back at his best moments with our pick of the 10 best Christopher Cross songs of all time.

Cross may have been the biggest star in the world in 1980, but by the mid-’80s, MTV had happened and Cross was fast on the way to becoming yesterday’s news. Adult contemporary music had no place on the channel, and neither, it seemed did Cross. The 1985 album Every Turn of the World became his first album not to go either gold or platinum. It also failed to produce a single top 40 hit. It did, however, give us plenty of great songs, including the hugely energetic opener Charm The Snake. It might rock harder and faster than most of Cross’ songs, but it’s none the worse for it.

Described by All Music as “one of the best mainstream albums of its time,” Cross’ self-titled 1979 debut turned him into an overnight sensation, taking him to number 6 on the US Billboard 200, beating Pink Floyd’s The Wall to the Grammy Award for Album of Year, and winning over an army of fans with its rich melodicism, sweet ballads, and glossy soft rock. While the hit singles Sailing and Ride Like the Wind got most of the attention, there’s not a single bad song across the entire album, as illustrated by the gorgeous deep cut, I Really Don’t Know Anymore.

Cross’ second album, 1983’s Another Page, may have been less commercially successful than his debut, but it was by no means a flop, reaching number 11 on the US pop charts, certifying gold, and spawning three top 40 singles. One of them was No Time for Talk, a smooth, soft rock heartbreaker with expertly crafted arrangements and a guileless performance from Cross. Released as the third single from the album, it reached number 33 on the Billboard Hot 100 and number 10 on the Adult Contemporary chart.

Cross’ third album, Back of My Mind, only produced two singles, neither of which made much of an impression on the charts. The commercial failure of the album ultimately led Warner Bros. to terminate his contract, leaving him without a label for five years. But as much as it was ignored by the public and blasted by critics, the album isn’t without its highlights, with the gorgeously melodic, beautifully arranged Swept Away being one of them. Although it faltered in the charts, it experienced a fresh wave of support when it was used in an episode of the TV show, “Growing Pains.”

6. Never Be the Same

Cross’ time at the top may have been short, but it was spectacular. His multi-platinum, Grammy Award-winning debut album spawned a string of huge hits, including Never Be the Same. A mid-tempo rocker with an irresistible melody and a beautifully nuanced vocal performance from Cross, it became the singer’s third entry on the Billboard Hot 100, peaking at number 15. It fared even better on the Adult Contemporary Chart, spending two weeks at the top in late 1980.

Named as one of Cross’ best songs of all time by Smooth Radio, All Right gives us the dual delight of the Doobie Brothers’ Michael McDonald on backing vocals and several members of Toto adding their musical expertise to the instrumentals. Released as the lead single from Cross’ second album, Another Page, it failed to match up to the success of Cross’ singles from his debut, but still managed to reach a respectable number 12 on the Billboard Hot 100.

Cross didn’t originally intend to release Think of Laura as a single, but when it enjoyed a spike in popularity after its use in the ABC soap opera, “General Hospital,” he changed his mind. Released in late 1983, it became his fourth and final top ten entry on the Billboard Hot 100, peaking at number 9. Over on the Adult Contemporary Chart, it sailed all the way to number one, holding the top spot for an impressive 4 weeks. Despite being widely associated with the “General Hospital” super couple, Luke and Laura, Cross actually wrote the song as a tribute to Laura Carter, a Denison University college student who was killed when she got caught in the crossfire of a gang shoot out.

3. Arthur’s Theme (Best That You Can Do)

In 1981, Cross teamed up with legendary composer Burt Bacharach and Bacharach’s frequent writing partner Carole Bayer Sager to write the theme tune to the 1981 comedy, “Arthur.” The film was huge and so was the song, reaching number one on both the US Billboard Hot 100 and the Hot Adult Contemporary charts and becoming a top ten hit in numerous other countries. During awards season, it snagged the Academy Award for Best Original Song and Golden Globe Award for Best Original Song.

Ride Like the Wind tells the tale of a condemned criminal on the run to Mexico. Speaking to Song Facts about his inspiration for the outlaw theme, Cross explained “I grew up with a lot of cowboy movie where they were always chasing the bad guy. And I lived in San Antonio, so there was always this allure about if you could get to Mexico, you could escape the authority. So getting to the border in Mexico was a fascinating thing to me.” Released as the second single from Cross’ eponymous debut in February 1980, it spent four weeks at number two on the Billboard Hot 100.

If any song can take the bulk of the credit for the massive triumph of Cross’ debut album, it’s Sailing. Inspired by an old high school buddy of Cross’ who would take him sailing as a teenager, it’s been described as one of the greatest yacht rock songs ever written. It’s certainly one of the most successful – released in June 1980 as the second single from the album, it reached number one on the Billboard Hot 100 and picked up Grammy Awards for Record of the Year, Song of the Year, and Arrangement of the Year. 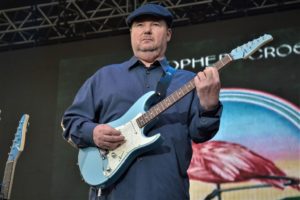 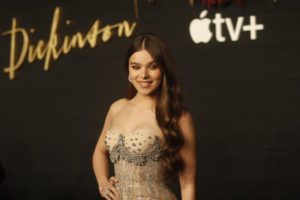 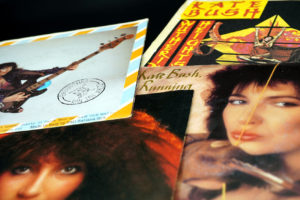 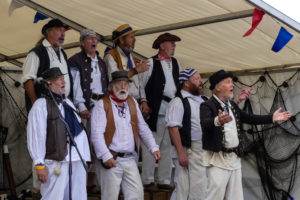 The 10 Best Sea Shanty Songs of All Time