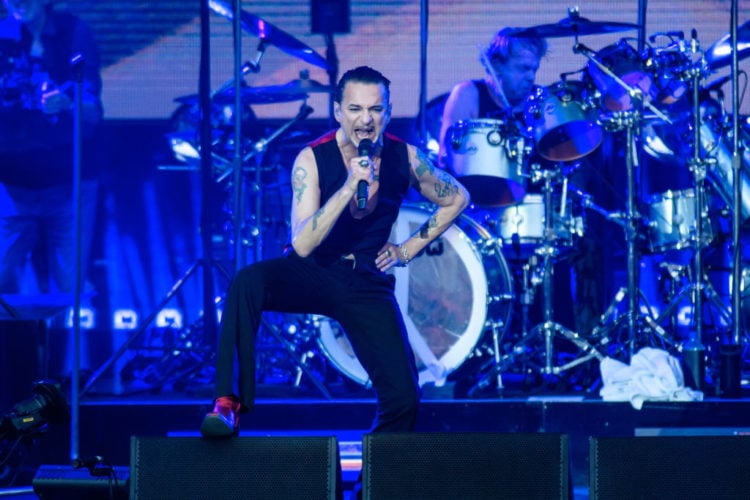 There’s never been a band quite like Depeche Mode. There probably never will be again. For over 30 years, they’ve been bending genres, breaking taboos, and tackling everything from xenophobia and religious zealotry to romance and sexual freedom. They’re risk-takers of the first order, with the talent and the creativity to pull it off. They’ve mastered synthpop, brought sleaze rock to the masses, and delivered some of the finest songs of the last 40 years. Here’s our pick of the 20 best Depeche Mode songs of all time.

When Depeche Mode gets dark, they don’t do it in a half-hearted way. Stripped finds them examining the effects of industry and technology on the human psyche and not likening what they see. Set against a minimalist backdrop, the dour but beautifully crafted lyrics shine. Released as the lead single from their fifth studio album, Black Celebration, on 10 February 1986, it received a mixed reception from the critics, with Smash Hits describing it as “the best thing they’ve done in ages” and NME calling it “morose.” Ultimately, they were both right, and its melancholic bleakness helped give the band their sixth consecutive UK Top 20 hit.

Martin Gore wrote Precious in the fallout of his divorce, and while it’s understandably melancholic in places, there’s a vein of hope that keeps it from falling into despair. Speaking about the song during an interview, Gore explained, “Precious is about how my children cope with the divorce – which isn’t very well. But the song ends with the verse ‘I know you learned to trust / Keep faith in both of us.’ All our songs, even the most depressive ones, contain hope.” Released on 3 October 2005 as the band’s first original song in three years, it reached No. 4 on the UK Singles Chart and No. 71 on the US Billboard Hot 100.

For a long time, everyone was convinced that Master & Servant was an ode to S&M. It’s actually a slightly more family-friendly effort, with Gore explaining to Vox Magazine, “It’s not as drastic as you might think. It’s about domination and exploitation in life, but it uses sex. It’s about the power that people employ in work, love, hate… and in sex. We just used the sexual angle to portray it.” Regardless of what it’s about, it’s a great listen, even if all those whip cracks did get it banned from a bunch of US radio stations.

A Question of Lust was too personal for Gore to let anyone else sing it, so for only the second time in the band’s career, he pushed Dave Gohan aside and took to the mic. The result is something special. It might deal in suspicion and frailty, but it’s got a big enough romantic heart to go down as one of the band’s loveliest ballads. Released on 14 April 1986 as the second single from the band’s fifth studio album, Black Celebration, it reached No. 28 on the UK Singles Chart.

Barrel of a Gun came at the end of a tumultuous time for the band. Alan Wilder had quit, Dave Gahan had come close to death as a result of his heroin addiction, Andy Fletcher had been diagnosed with clinical depression, and Martin Gore was having a hard time with the bottle. Fortunately, something good came out of the misery. Barrel of a Gun might be one of the band’s darkest songs but fans lapped it up, taking it to No.1 in the Czech Republic, Hungary, Spain, and Sweden, breaking the Top 10 in the UK, Finland, Germany, and Norway, and peaking at No. 47 in the US.

As classicpopmag.com writes, Condemnation is a track that gels almost magically, with Martin Gore’s potent lyrics perfectly matched by Dave Gohan’s world-weary vocals. Subtle, yet blessed with a lusty gospel edge, it peaked at No. 9 in the UK and No.1 in Portugal.

The 2001 album Exciter may have been a long way short of the band’s finest moment, but it opens with one of the most compelling songs in their catalog. Dream On is a little bit creepy, a little bit dangerous, and reeking with sleaze. It’s a song for late nights and dark moods. Disturbing it may have been, but it struck a chord with the fans, peaking at No. 12 on the Alternative charts and No. 1 on the Dance Club Songs chart.

Depeche Mode’s second single, New Life, isn’t the kind of song you should pay too much attention to the lyrics. Even the band has admitted they’re nonsensical. Fortunately, it doesn’t detract from what’s otherwise a superb song. One of the earliest examples of synth-pop, it became their breakthrough in the UK, thanks in no small to a steller (if mimed) performance on Top of the Pops. The day after the show went out, Andy Fletcher went back to the office (the band still hadn’t given up their day jobs at that point) and was greeted with a round of applause. It was well deserved.

Depeche Mode have always had a way with opening tracks, and in 1993, they did it again with I Feel You. Recorded as the first track to their eighth studio album, Songs of Faith and Devotion, it marked a seachange in the band’s signature sound. The electronic elements took a back seat, and the guitars were pushed to the forefront. Coming after the hugely successful, synth-heavy Violator, it was a risky move. Fortunately, it paid off, earning the band a No. 1 alternative radio hit in the US and charting in the Top 10 in numerous countries across Europe.

As The Guardian notes, Shake the Disease, Depeche Mode’s 13th single, proved that electronic songs could be just as moody and dynamic as their rock counterparts. Nuanced, mature, and featuring a wonderfully emotional vocal performance from Dave Gahan, it was one of their most sophisticated efforts to date. Released in 1985 at the peak of the Aids crisis, the title didn’t exactly do much for its commercial appeal, but it still managed to break into the UK Top 40.

As liveabout.com explains, the first recordings of Stangelove were fast, breezy, and in the band’s opinion, too lightweight and poppy to suit the somber tone of Music for the Masters. So they recorded it again, this time at a slower pace and with a darker tone. The result was a major success, peaking at No. 50 on the Billboard Hot 100 and earning the band their first No. 1 in the US dance charts.

Photographic first saw the light of day on Some Bizzare Album, a compilation album released by Some Bizzare Records that featured a number of unsigned bands, including Soft Cell, The The, Neu Electrikk, and Blancmange. Depeche Mode would later re-visit the song on their debut album Speak & Spell, but the original is the definitive version. It’s raw and naive, but even at this incredibly early stage in the band’s career, the potential for greatness is abundantly apparent.

It’s No Good is a simple love song. Or at least, as close to a simple love song as Depeche Mode have ever got. Naturally, Martin Gore sounds like he’s being tortured by love rather than blessed by it, but he wouldn’t be Martin Gore if he didn’t. There’s also a ton of gloom-laden electronica to contend with, but again, would we really expect anything else from Depeche Mood? This is a band that loves and pines differently from the rest of the world – considering the swirling beauty of this minor masterpiece, that’s something to be thankful for.

Named as one of the best synthpop tracks of all time by synthtopia.com, Just Can’t Get Enough is the mother of floor fillers. Speaking to Entertainment Weekly, Gahan explained “The punk thing had just kind of ended, but there were still a few people who were hanging out in the clubs in London, who were trying to play music that you could dance to a bit more that wasn’t so violent, and ‘Just Can’t Get Enough’ became one of those.” It’s a very different style to the one the band adopted on later albums, but this classic hit from their debut, Speak and Spell, still sounds as bright and joyous today as it ever did.

Violator is, inarguably, the band’s greatest album. Just as inarguably, Policy of Truth is one of Violator’s best songs. Inventive, nuanced, and boasting some of the darkest and most glorious synthpop melodies in the band’s canon, it’s enthralling stuff. Martin Gore has described it as was one of his all-time favorite songs – clearly, a lot of people agreed, with the song reaching No. 15 on the Billboard Hot 100, No. 2 on the Dance Club Songs chart, and No. 1 on the Modern Rock Tracks chart.

Farout Magazine describes Everything Counts as “one of those songs that’s near impossible to not dance to.” They aren’t wrong. It’s been filling dance floors since 1983, and looks in no danger of stopping any time soon. But like most Depeche Mode songs, there’s more going on than meets the eye. The xylophone and melodica give it a bright and breezy tone, but dig beneath the surface and you’ll find seething misanthropy and a deep disdain for everything the 80’s was rapidly becoming.

4. Never Let Me Down Again

Never Let Me Down Again is yet another classic album opener from Depeche Mode. Recorded in 1987 as the opening track of Music For The Masses, it’s a slow burner of the best kind, moving from a spare, paired back intro to a full-throttle climax. Gore’s swirling guitar riffs are complemented perfectly by the heavy drum patterns (which, incidentally, take their lead from the drum intro on Led Zeppelin’s When the Levee Break), but it’s Gahan’s urgent drone that steals the show.

Depeche Mode laid People Are People to rest in 1986, never to perform it live again. Gahan has blamed the lyrics, which preach about finding common ground in the face of adversity, deriding them as obvious. They are, but that’s part of what makes it such a joy. Cheese can sometimes be good, and here, it’s practically divine, with just the right amount of darkness to give it bite.

When a song has been covered as often as Personal Jesus has, you know it’s got to be good. And it is. Actually, make that great. It was the song that paved the way to Depeche Mode going stratospheric, the unlikely hit that gave them their first Top 40 hit in the US, and their first gold-certified single. Brooding, obscure, and inspired by the most unlikely of sources (Priscilla Presley’s autobiography), it’s a gothic masterpiece. Even Marilyn Manson couldn’t ruin it (although Hilary Duff did come close).

As Billboard says, most people would agree that Violator is the band’s greatest release. Most people would also agree that at least a portion of its greatness comes down to Enjoy the Silence, a song that distills everything there is to love about Depeche Mode in just over 6 minutes. There are ironic lyrics, a relentless, danceable beat, a melody that makes your heart soar before shattering it into pieces. And then, of course, there are Gahan’s vocals, which almost defy description in their greatness. A triumphant, timeless wonder, and one that still sounds as relevant today as it ever did. 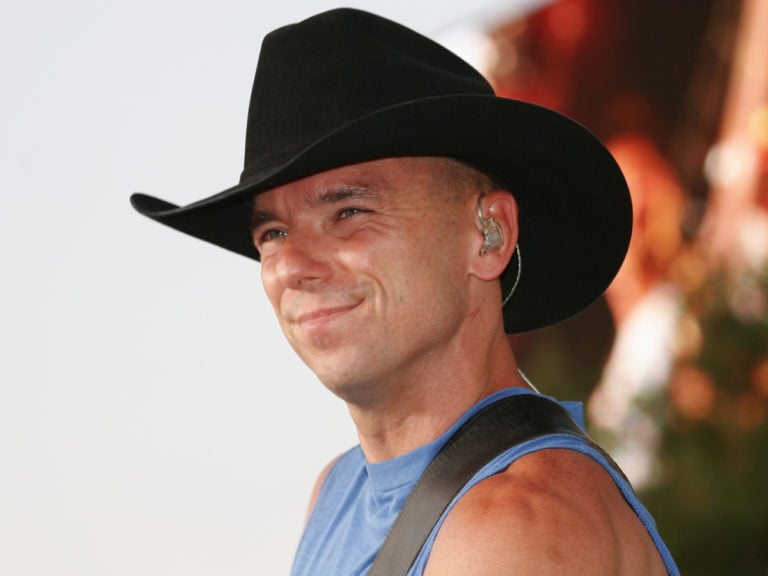 Very few artists in either country music or any other… 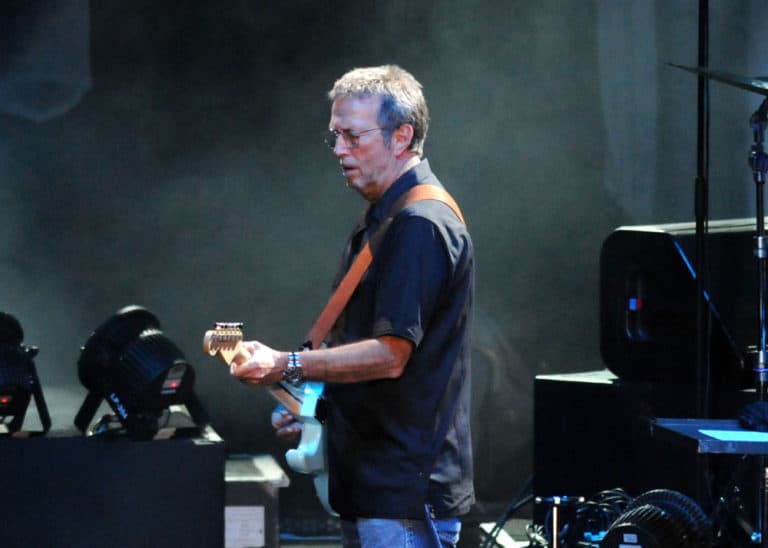 The Ghost Inside have been through a whole lot as… 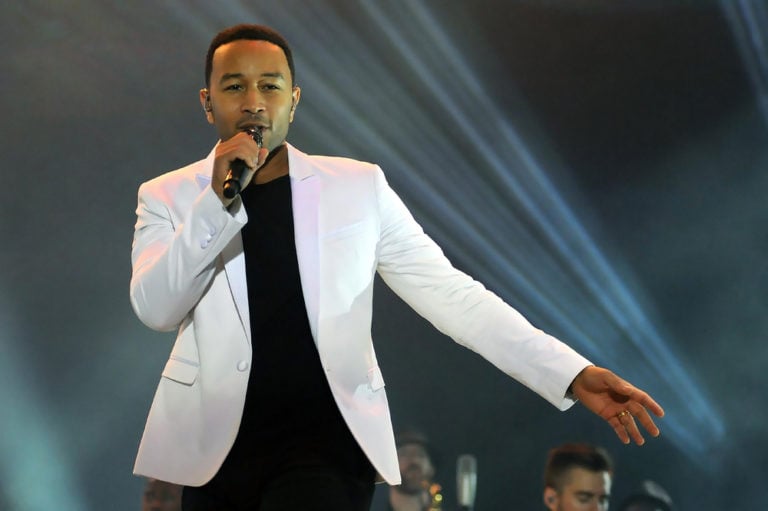 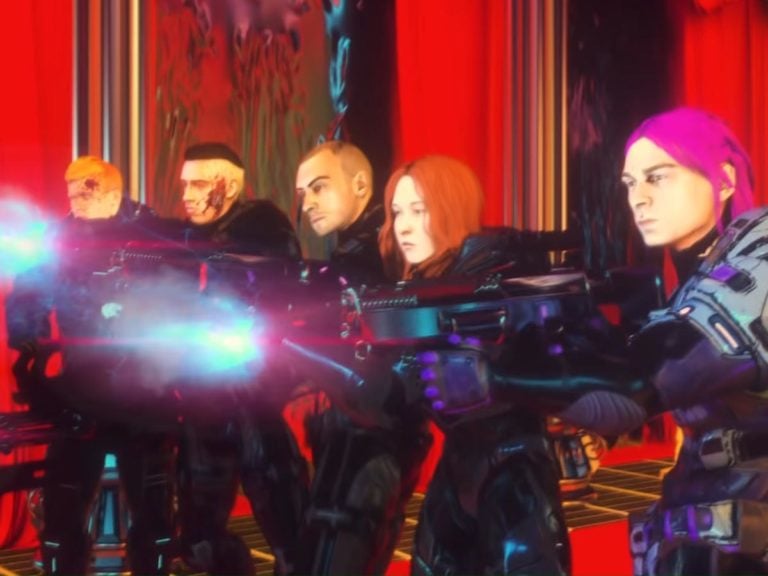 Code Orange premieres a new animated music video for their…