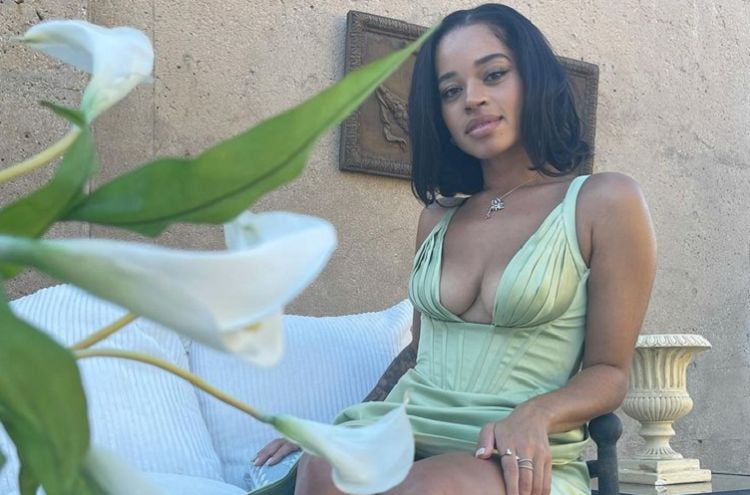 When Ella Mai started posting videos of herself singing covers, during the mid-2010s, she probably had no idea that she would become a social media sensation. She eventually decided to release her debut EP, Troubled, which led to her gaining even more attention. Her popularity on the internet eventually led to her being discovered by producer/DJ, Mustard. In 2017, she took the world by storm with her hit single “Boo’d Up”. It quickly became clear that Ella had what it takes to compete in the music industry. Although it’s been three years since she released an album, her fans are anxiously awaiting her next project. Keep reading to see our take on the 10 best Ella Mai songs of all time.

“Found” may not be one of Ella Mai’s most popular songs, but it’s certainly one of the best. The track is a vulnerable confession about what it’s like to find the person who makes everything better. On top of that, Ella’s voice is the perfect fit. In the chorus, Ella sings, “In the madness of this world/I’m glad I found you/ When my heart don’t seem to work/It’s you I turn to/It get hard it get hard out there/Put your arms put your arms right here, oh/You don’t have to say a word/I’m glad I found you”. Had the song been released later into her career, I think it probably would’ve gained more traction.

“Boo’d Up” is probably the first song that comes to mind when people think of Ella Mai. Initially released in early 2017 as a track on Ella’s Ready EP. However, it became so popular that it was re-released and included on her debut album. “Boo’d Up” was written by a songwriter named Joelle James who originally planned to sing the song herself. She ultimately decided to give it to Ella Mai because she felt that she would be the perfect fit. The song is catchy and cute and it’s fun to sing along to.  The success of the song took Ella’s career to new heights. “Boo’d Up” also won the 2019 Grammy Award for Song of the Year.

Songs about love and/or romance have been a staple in R&B since the genre was created. “Close” might not be a ballad, but it’s a great example of the kind of love song that has become popular in R&B in more recent years. With a smooth beat, “Close” is the perfect song to slow dance to. As Ella sings, “I don’t know who’s living in my body/’Cause I don’t recognize a thing about it/That don’t even matter, I’m just glad I got into the party/So I can feel your music in my body/’Cause you the only out of everybody/Who can deal with all my ways/I know I got some ways”, she paints a picture that anyone who has ever had a crush can relate to.

“Cheap Shot” is a song on Ella’s debut album, but it wasn’t released as a single. Despite not getting a lot of attention, this is one of the best songs on the album. Ella’s powerful vocals combined with a strong beat create a harmonious balance. At it’s core, “Cheap Shot” is a song about liking someone so much that you’re acting out of character. Although it feels good in the moment, it also raises feelings of doubt. The title could refer to drinking cheap shots of liquor or someone taking a cheap below-the-belt shot to take advantage of someone else. Either way, it’s definitely a song you should listen to if you haven’t already.

Released as the second single on Ella’s debut album, “Trip” is a great song and it’s one that everyone can relate to. After all, we all know what it’s like to be head over heels from someone, but also being guarded. Even though “Trip” got off to a strong start when it was released, the song was quickly overshadowed by a remix that was released by Jacquees. His song, which was identical in style to Ella’s, essentially switched up the lyrics to be told from the opposite perspective. Jacquees’ remix caused controversy because he essentially pushed the song like it was his which took away from the attention of the original. Some people even said that Jacquees’ version was better. Regardless, Ella Mai’s “Trip” is a wonderful song that deserves more attention.

Being vulnerable is something that is hard for a lot of people, so “Naked” is a song that many listeners can probably connect with. Ella’s references to being naked don’t mean not wearing any clothes. Instead, she’s talking about being seen and accepted for who she really is underneath makeup, expensive clothes, and other people’s perceptions.

“10,000 Hours” was the second single Ella Mai ever released and it’s responsible for helping her career gain some traction. Like many of her other songs, “10,000 Hours” is about finding love after wanting it for so long. At the same time, however, the song also alludes to the fact that love comes with its fair share of ups and downs.

Ella Mai’s debut album was full of hidden gems, and “Own It” was one of them. “Own It” is surprisingly catchy and it has a sexy vibe that is more prominent than it is on some of Ella’s other songs. Instead of being subtle, she sings, “I’ma let you play with this/Play that s**t, stay in it, uh, uh/Just tell me you want it/And I know you love the taste of it/ Take a whole damn plate of it”.

9.  Not Another Love Song

Released in 2020, “Not Another Love Song” is the first single Ella Mai released after her debut album. Although the song created a bit of a buzz, it definitely wasn’t as popular as some of her earlier releases. Still, though, it’s a good song and it addresses the unsure feelings that tend to come with falling in love.

As one of her earlier songs, “Lay Up” was released in 2017 and it has more of a hip-hop vibe than a lot of her other songs. Ella is practically rapping on the first verse, but she sounds smooth and confident. On the second verse, she returns to her signature singing and the combination works surprisingly well.