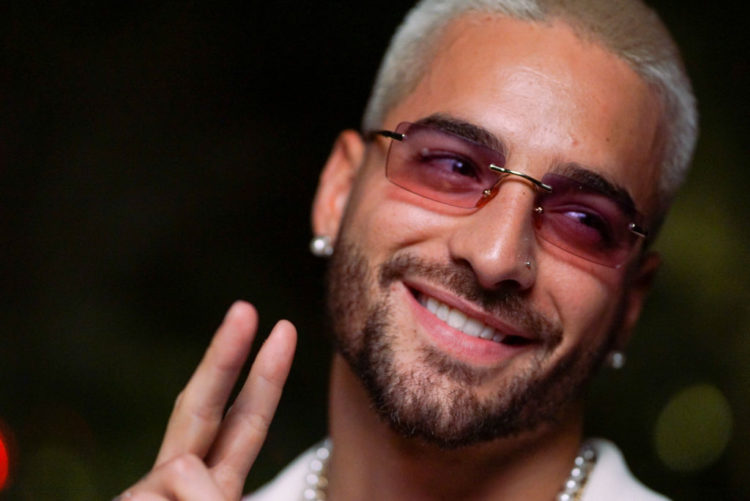 Born and raised Colombian, Juan Arias first adopted his stage name, Maluma, after his uncle encouraged him to choose something easy to remember that would earn him fans while pursuing his career as a professional singer. Maluma is a merger of three names that consist of the first two letters from the names of his mother, Marlli, his father, Luis, and his older sister, Manuela. From 2010 onward, Manuela has recorded and released five studio albums, an EP, a mixtape, and eighty-seven solo singles and promotional singles. He has also been nominated for several music awards, including an impressive list of wins, mostly within Latino genres.

Whether it is the original as a solo or the remix with Becky G and Anitta, (Mala Mia) peaked at number nine on the US Billboard Hot Latin Songs chart. It also earned a five-time platinum certification by the Recording Industry Association of America, Latino division, as well as diamond certification from Mexico’s Asociación Mexicana de Productores de Fonogramas y Videogramas (AMPROFON). From Spain’s Productores de Música de España (PROMUSICAE), Mala Mia earned double platinum and it was gold from Italy’s Federazione Industria Musicale Italiana (FIMI).

In 2019, (11 PM) became a chart-topping hit on the US Billboard Latin Airplay, as well as on the Mexico Airplay. The US Billboard Hot Latin Songs chart peaked the song at number eleven. In the US, the Latin genre of its RIAA certified 11 PM seven times while Brazil’s Pro-Musicae and Spain’s PROMUSICAE certified the song as double platinum. A single platinum certification came from Portugal’s AFP, and it was gold certification from Italy’s FIMI, Poland’s ZPAV, and IFPI Switzerland. In Mexico, 11 PM received a diamond certification, plus four platinum certifications.

(F.A.M.E.) was Maluma’s third studio album, which was released in 2018. (El Prestamo) topped the US Billboard Latin Airplay chart, as well as the Billboard Mexico’s Airplay, and among the nations of Paraguay, Romania, and Venezuela. It peaked as high as number ten on the US Billboard Hot Latin Songs chart. El Prestamo became certified eight times over by Latino RIAA, and four times over by Mexico’s AMPROFON. In Spain, it was also certified platinum while in Italy and Poland it was gold.

(Ahora) was Reik’s sixth studio album, which was released in 2019. The dual performance of (Amigos con Derechos) earned the single a number fourteen spot on the US Billboard Hot Latin Songs chart, as well as eight platinum certifications by the Latino RIAA. Amigos con Derechos was also certified diamond three times by Mexico’s AMPROFON, as well as triple platinum.

From Trap Capos: Season 1, the single, Cuatro Babys, earned itself not only recognition by peaking at number fifteen on the US Billboard Hot Latin Songs chart, but also as a twelve-time platinum-certified hit by RIAA’s Latino division. It also became triple platinum in Mexico, and gold in Spain. It was a highly controversial song as the lyrics were argued to support the violence against women. There was a petition to take the song off public audio forms, but that merely sparked its popularity among interested fans even further.

(Corazon) is a remix from Nego do Borel’s Você Partiu Meu Coração and was released late 2017 as a single. It topped the music charts among many Latino-nations, as well as making a solid impression among mainstream music charts such as US Billboard Hot 100 as it appeared at number eighty-seven. It also became a multi-platinum single with Latino USA’s RIAA. It became Diamond with Mexico’s AMPROFON. Platinum was also achieved from the nations of Italy, Poland, Spain, and Switzerland. Music Canada and Portugal have also since certified Corazon gold in their nations.

From Maluma’s fifth studio album, (Papi Juancho), (Hawai’s) reggae-style ballad peaked at number one on most of the Latino music charts, including US Billboard’s HotLatin Songs and US Billboard Latin Airplay. It also charted at number fifty-five on the US Billboard Hot 100 in 2020. Globally, it was among his most recognized hits. Hawai became a fourteen-time platinum seller with RIAA Latino, as well as six-time platinum in Spain and double platinum in Brazil and Portugal. In Canada, it was certified single platinum while it became gold in Poland and Switzerland. In Mexico, Hawai became a double diamond, as well as four-time platinum, and gold. These achievements also include the remixed version that featured The Weeknd.

Shakira’s eleventh studio album, El Dorado, was released in 2016 and the dual performance of (Chantaje) she shared with Maluma became a multi-platinum sensation among a collection of nations including Belgium, Canada, Italy, Mexico, Poland, Portugal, Spain, Sweden, Switzerland, and the US. It even reached diamond with the nations of Brazil and Mexico. Gold was achieved in France and Germany, and the British Phonographic Industry (BPI) of the UK certified Chantaje as silver.

From Maluma’s album, F.A.M.E., 2017’s (Felices los 4) served to be the biggest hit, at least according to the forty-four times the single has been certified by the Latino division of USA’s RIAA. Among the vast majority of nations worldwide, it was a chart-topping song that also earned a second-place rank on the US Billboard Hot Latin Songs chart. On the US Billboard, it charted at number forty-eight. The single also became at least single platinum among the nations of Argentina, Canada, Italy, Mexico, Poland, Portugal, Spain, and Switzerland. Felices los 4 became gold-certified in France.