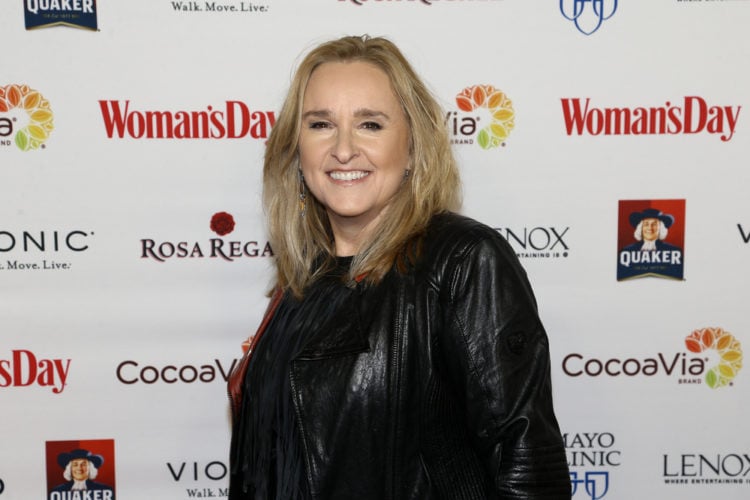 Melissa Etheridge released her self-titled debut album in 1988. An underground success, it peaked at No. 22 on the charts and picked up a Grammy nomination for its lead single, Bring Me Water. Three albums down the line, Etheridge went from an underground success to a mainstream one with her fourth album, Yes I Am. The album shot to No. 15 on the charts, picked up a Grammy award for the single Come to My Window, and was eventually certified 6 x Platinum. Since then, Etheridge has battled family tragedies, health struggles, and career dips, but continues to draw new fans with her confessional lyrics and smoky vocals. Here’s our pick of the 10 best Melissa Etheridge songs of all time

At the time of writing her sixth studio album, Breakdown, Etheridge wasn’t in a good place. Speaking on the bonus DVD of her album Greatest Hits: The Road Less Traveled, she revealed, “Breakdown was such a dark period in my life that all the songs were turning out so dark that I even had to go to John Shanks who was producing this album, which was one of his first producing projects […] but it was a very artistic time and the songs were very moody, very dark, and I finally said: “Look, do you have any pieces of music maybe I can write to? Because I am scraping on the bottom of my soul.” Of all the songs on the album, Angels Would Fall is perhaps the bleakest. It was also the most commercially successful, peaking at No. 9 on the Adult Top 40 chart and reaching the top ten in Canada.

Etheridge wrote No Souvenirs before her first album was released, but as the intro had too many similarities to the intro of Bring Me Some Water, she decided to hold it back until her second album. It tells the story of a fleeting love affair that runs its course so quickly, it leaves “no souvenirs.” Although only a minor hit in the US, it fared better abroad, hitting No. 4 in Canada and No. 30 in Australia.

8. You Can Sleep While I Drive

Named as one of the best Melissa Etheridge songs by Classic Rock History, You Can Sleep While I Drive was originally recorded for Etheridge’s second album Brave and Crazy. The song, like the album, didn’t get too much attention at the time of its release, but 6 years later, country singer Trisha Yearwood helped get it the attention it deserved when her cover version became a hit on the country charts.

In her autobiography, Etheridge describes Like the Way I Do, the second single taken from her self-titled debut, as one of her best songs, writing “It is filled with passion and agony and desire and utter gut-wrenching pain. If you’ve ever seen me in concert, you know that when I perform that song, it becomes a part of me. It’s a transforming song for both the audience and me.”

The video to I Want to Come Over was shot on location at an almost derelict hotel in LA. Only one resident was still living in the building at the time, but to make sure he didn’t screw things up by wandering into shot, the crew and director bribed him with a bottle of Chivas Regal whisky. No one had to worry about buying their way into the charts, though: released in January 1996, the song was a huge hit, reaching No. 22 on the Billboard Hot 100 and No. 1 in Canada.

After Yes I Am turned Etheridge into a chart success, she continued her lucky streak with her fifth album, Your Little Secret. Released in 1995, it became her biggest hit to date, peaking at No. 6 on the Billboard 200 and producing a string of successful singles. The title track was one of them. While the singles from Yes I Am veered more towards pop, Your Little Success was geared more for the alternative and modern rock audiences. Fans obviously appreciated the shift in direction, sending the song to No. 4 on the Billboard Mainstream Rock chart and No. 32 on the Billboard Alternative Airplay chart.

By the time Etheridge came to release the final single from Yes I Am, the success of Come To My Window and I’m the Only One had turned her from a promising singer-songwriter into a chart superstar. If I Wanted To solidified her new status even further, rising to No. 14 on the Billboard Hot 100 and entering the top 50 in Australia, Canada, and Iceland.

Much of Etheridge’s first album deals with the subject of non-monogamous relationships. Four albums later, it was still enough on her mind to inspire I’m the Only One, a song in which she describes in painful detail the misery of knowing your partner desires someone else. Released as the first single from Etheridge’s fourth studio album, Yes I Am, in 1993, the song peaked at No. 12 in Canada and No. 26 in the Netherlands. Although it failed to make more than a minor dent on the US charts on its initial release, the subsequent success of the single Come to My Window promoted the record label to re-release it in late 1994 – this time around, it reached No. 8 on the Billboard Hot 100 and No. 1 on the Billboard Adult Contemporary chart, becoming Etheridge’s biggest hit to date.

2. Bring Me Some Water

In 1988, Etheridge kicked off her career with the release of her debut single, Bring Me Some Water. The song was written after Etheridge reluctantly agreed to enter an open relationship with her girlfriend, who was living on the other side of the country at the time. Like many other songs from the singer’s debut album, it describes the pain and jealousy she was experiencing at the thought of her lover being with someone else. Clearly, a lot of people emphasized with the sentiments, and the song became a hit, entering the top 20 in Australia, New Zealand, and on the US Billboard Album Rock Tracks chart.

1. Come To My Window

Described by Song Facts as a “song with a Shakespearian level of passion,” Come To My Window was the first song to be released by Etheridge after she’d come out as gay in 1993. Released from her breakthrough album Yes I Am (the title of which refers to the announcement), the song was an immediate hit, picking up major airplay and spending a total of 44 weeks on the US Billboard Hot 100, where it peaked at No. 25. It later went on to win Etheridge her second Grammy Award for Best Female Rock Vocal Performance.