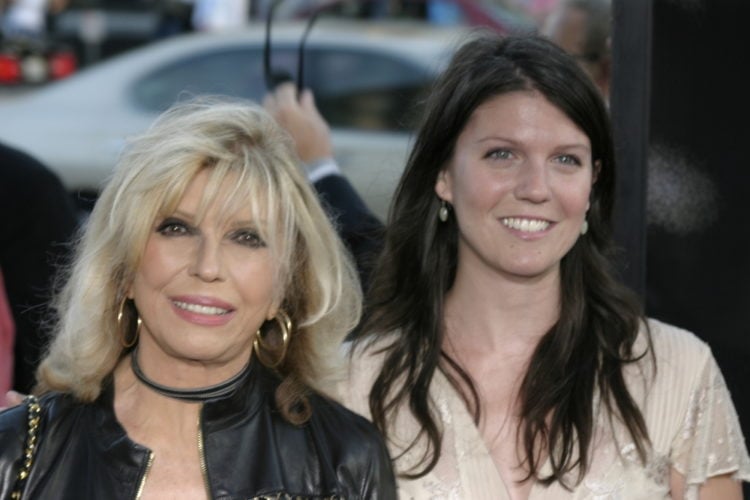 Following in the footsteps of Frank Sinatra was never going to be easy, but Nancy Sinatra decided to make it especially tough on herself by getting into the music industry. As it turned out, it was a wise move, with Nancy rapidly establishing herself as a talented singer in her own right with hits like These Boots are Made for Walkin’ and Sugar Town. Although she never quite bettered her 1960s commercial peak, she continue recording up until the 2000s, scoring a late-career hit in 2004 with Let Me Kiss You. Here’s our pick of the 10 best Nancy Sinatra songs of all time.

As Classic Rock History says, there’s nothing quite like a great James Bond theme, and in 1967, Sinatra recorded one of the best of the bunch for the Sean Connery movie, “You Only Live Twice.” She wasn’t the first choice for the song – producer Cubby Broccoli had originally wanted his friend/ her dad Frank Sinatra to perform it. In a display of fatherly affection, Frank suggested Nancy, who at the time was enjoying huge success with These Boots Are Made For Walkin’, instead. Broccoli wasn’t keen, but eventually relented. It was a good job he did – the song, which legendary musician Roy Wood described as “perfection” and which Rolling Stone has called “a classic,” has since been voted one of the best Bond theme tunes ever.

In 2005, the Audio Bullys scored a top 5 hit with Shot You Down. The song featured a sample of Sinatra singing Bang Bang (My Baby Shot Me Down), a song she’d first recorded back in 1996 for her album How Does That Grab You? She didn’t write the song – Sonny Bono can take the credit for that – and she didn’t record it first – Cher did – but for many, her mysterious, spine-tingling interpretation is the definitive version. Two decades later, her father bought it to a new audience when he covered it for his 1981 album, She Shot Me Down.

Sinatra’s salad days may have been the ’60s, but she continued to release new music well into the 2000s. Let Me Kiss You is proof that she’d lost none of her sparkle with the passage of time. The song was written by Morrissey and Alain White, with both Morrissey and Sinatra releasing separate versions of the song on the same day in October 2004. Both versions charted in the UK, with Morrissey hitting the No. 8 spot and Sinatra bringing up the rear at No. 46.

In late 1966, Sinatra and Lee Hazlewood teamed up to record Summer Wine. First released as the B-side of her single Sugar Town, it became a hit, peaking at No. 49 on the Billboard Hot 100 and soaring to No. 14 in Australia. Its success inspired the duo to collaborate again, and in 1968, they released Nancy & Lee, an album of duets that featured, among other hits, Summer Wine. In 2017, the song entered the charts again after featuring in an H&M ad campaign.

6. How Does That Grab You Darlin’

In 1966, Sinatra released her second studio album, How Does That Grab You Darlin’. Lee Hazlewood produced, Billy Strange conducted, and Sinatra gave the performance of her life. It was a deserved hit, reaching No. 41 on the Billboard 200. Its titular track proved one of its biggest hits, taking Nancy to No. 7 on the Billboard Hot 100 chart and No. 19 on the UK Singles Chart.

In 1967, Sinatra donned her best cowboy boots for Country, My Way, a selection of pop-county interpretations of classic country hits. Her smooth vocals are perfectly suited to the genre, while Lee Hazlewood, who contributes just one song but whose presence as a producer is felt throughout, adds plenty of his usual magic. Highway Song, one of the album’s chief highlights, didn’t emerge as a single until 1970, at which point it charted at No. 21 on the UK Singles Chart.

Lee Hazlewood, a man Sinatra described as ‘part Henry Higgins and part Sigmund Freud,’ once told Sinatra that “You can’t sing like Nancy Nice Lady anymore. You have to sing for the truckers.” Together, they created some of the biggest hits of Sinatra’s career. One of them was Some Velvet Morning, a song recorded by the pair in late 1967 and which first appeared on Sinatra’s album Movin’ With Nancy. Described by The Daily Telegraph as “one of the strangest, druggiest, most darkly sexual songs ever written – ambitious, beautiful and unforgettable,” it climbed to No. 26 on the Billboard Hot 100 and No. 36 in Canada.

Why stick with one Sinatra when you can have two for the same price? It was always inevitable that Frank and Nancy would eventually team up, and equally inevitably, the results were always going to be sublime. Somethin’ Stupid was written by C. Carson Parks and first recorded by him and his wife Gaile Foote in 1960. Seven years later, Frank and Nancy dropped the husband/ wife dynamic and recorded the definitive version. Released as a single in 1967, it soared to the top of the charts in the US, Canada, New Zealand, and Australia, earning Nancy her second No. 1 in as many years.

Sugar Town was written by Lee Hazlewood, and like most of his songs, it treads a fine balance between being tame enough not to offend radio stations but risky enough to appeal to a young audience. “You had to make the lyric dingy enough where the kids knew what you were talking about—and they did. Double entendre. But not much more if you wanted to get it played on the radio. We used to have lotsa of trouble with lyrics, but I think it’s fun to keep it hidden a little bit,” he later explained. Released in 1966, the song peaked at No. 5 on the Billboard Hot 100 and No. 1 on the Easy Listening Chart.

1. These Boots Are Made for Walkin’

Named as one of the top ten angry break up songs by Time, These Boots Are Made for Walkin’ stomped all the way to No.1. Written by Lee Hazlewood, it’s a superbly catchy, hugely empowering song that still feels as fresh and vital today as it did in 1966.