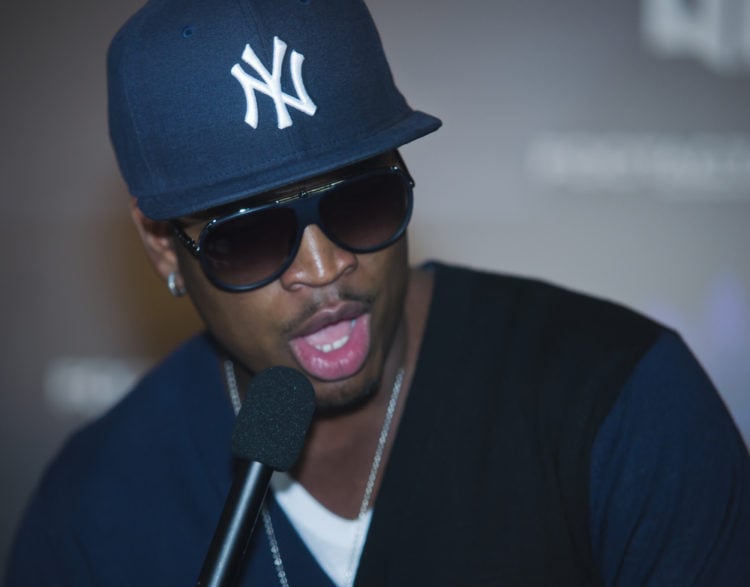 In our latest article, we look at the top ten Ne-Yo songs. Ne-Yo has been a household name in the R&B music scene and is regarded as one of the greatest singers and songwriters of the last two decades. From his debut album which featured incredible hits such as “Sexy Love” and “So Sick” to his 2008 album that had hit songs such as “Miss Independent” Ne-Yo has earned his place as one of the most talented R&B artists of our generation. In 2018, he showed us his new side with an equally impressive album, Good Man.

Do you ever think about your ex and probably think of calling him/her to find out if they still think about you?? Coming in at number ten on our list of the top ten Ne-Yo songs of all time, is a masterpiece from Ne-Yo’s sophomore album, Because of You. The song was released as part two of his 2006 hit song, “So Sick” and as much as we love the song, the lyrics seem a little toxic. The track peaked at position 26 on the US Billboard Hot 100 and #3 on the US Hot R&B/Hip Hop Songs.

We have always loved Ne-Yo’s voice and in this song, she teams up with the incredible Mariah Carey. This song is quite amazing and you have to listen to it so as to understand what we mean. The song is about giving love another chance even when things are not working out in your relationship. If you are going through a rough patch in your relationship, you should listen to this song which will give you hope that things can be saved. As always, Mariah Carey’s voice stands out but Ne-Yo holds it out on his verses which hit different.

Coming in at number eight on our countdown of the best Ne-Yo songs is another song from his 2007 album, Because of You. The track has a unique R&B sound, a guitar and a muted harpsichord being the most the main instruments used. The track also features a groove that is heavily influenced by a delayed disco guitar and a bass/clap beat combined. Ne-Yo a similar beat for his 2007 hit song “Closer.”

2007 was a great year for Ne-Yo and his influence saw her team up for the song, “Hate That I Love You.” The song is a mid-tempo R&B hit that talks about how powerful love can get. Like many of his songs around that time, “Hate That I Love You” was a big hit that garnered a lot of positive reviews from music critics.

The number six song on our list of the top ten Ne-Yo songs is the fourth single from his debut album, In My Own Words. In this song he describes his feelings towards a girl that he is really addicted to and wants nothing else than to be with her. The song is groovy and the lyrics as well as the beat are quite catchy. “Sexy Love” peaked at #7 on the US Billboard 100 and is definitely one of my personal favorite Ne-Yo songs to listen to.

“Mad” is one of the most emotional songs that Ne-Yo has done. The song has a perfect message that it is important to be mindful in everything we do since we or the people we love may not be here tomorrow. The song’s video is quite emotional and features Ne-Yo and his partner having an argument before one of the kids gets hit by a car.

Coming in at number four is a dance floor anthem from Ne-Yo’s 2008 album, Year of the Gentleman. The song, which is also the lead song for the album signified Ne-Yo’s switch to a dance pop style. In the song, Ne-Yo shows his attraction to a woman by urging her to come closer. “Closer” became Ne-Yo’s seventh top ten hit and was ranked #60 on Rolling Stone’s list of the 100 best Songs of 2008.

“One In a Million” is not one of Ne-Yo’s most vocally impressive tracks but it is definitely one of his most catchy songs. The song was penned by Ne-Yo and Chuck Harmony and contains a video where Ne-Yo tries to impress a lady with some impressive dance moves. The song reached #87 on the US Billboard Hot 100 and has been certified platinum in Italy.

“Miss Independent” is arguably one of Ne-Yo’s most recognisable songs and again, it was Ne-Yo at his peak. The song samples Keesha’s song, “Forget About Me” and was released from his 2008 album, Year of the Gentleman. The song features impressive Ne-Yo vocals that are so unique. The song has a video that features many stars including, Keri Hilson, Trey Songz, Gabrielle Union and Lauren London. The song earned two Grammy Awards 2009 awards ceremony.

The number one song on our list of the top ten Ne-Yo songs is one of the greatest love songs ever. Many people normally think that “So Sick” was Ne-Yo’s first song. However, it was his second song released before his debut album. The song was a major hit and is credited as being his biggest breakthrough to the mainstream R&B music scene. Ne-Yo penned the song’s lyrics himself which were about getting fed up of listening to love songs playing on the radio which remind him of his past love. The song was initially supposed to be given to Jay Sean but he turned it down after consultations. The song peaked at number one on the US Billboard Hot 100 and is arguably his biggest hit to date.