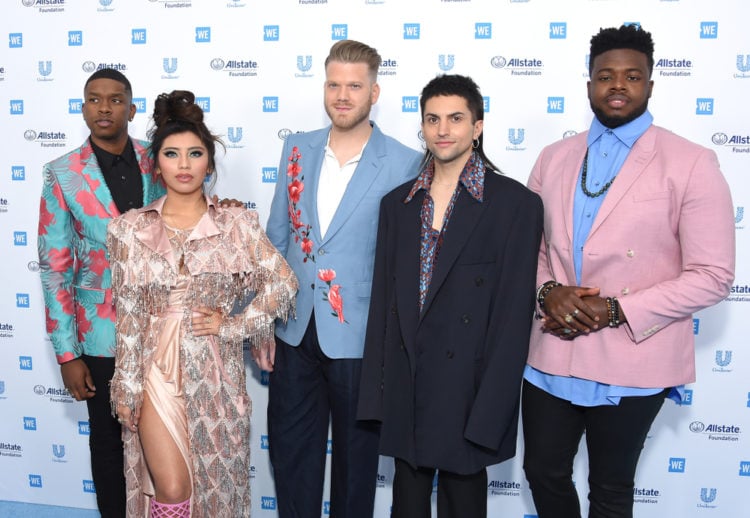 Pentatonix has quickly become one of the most popular a capella groups globally since they placed third on “The Sing-Off” in 2011. Their unique covers have amassed hundreds of millions of YouTube views while also having original songs that play as well on the radio. They have made a name for themselves by performing both modern and classic pieces in their unique way that is sure to impress you, whether you are a fan of theirs or not. Below is a list of our ten favorite Pentatonix songs from all time. They have won three Grammy Awards and have been nominated for many other awards, including five Teen Choice Award nominations this year alone. Pentatonix has come a long way from being an underground YouTube sensation, and they have become one of the most successful music groups today.

Pentatonix’s cover of Queen’s epic rock song “Bohemian Rhapsody” won their first Grammy Award in 2015. This isn’t the group’s most-viewed video on YouTube by accident. Lead singer Kirstie Maldonado and bass/beatboxer Kevin Olusola do an excellent job of capturing the entirety of the original song all by themselves. They even incorporate some modern electronic sounds into their traditional a capella style, giving this cover just enough flavor to be unique without losing the classic feel.

This original song by Pentatonix is just one of the many they have released since becoming famous. It was an immediate hit that started on YouTube before it got some radio playtime and peaked at #7 on the US “Billboard” Pop Chart, making this one of their most successful songs ever. This track is full of energy, thanks to the gorgeous vocals of Kirstie Maldonado and her duet partner, Mitch Grassi. It is a song that makes you want to get up and move around while being filled with love for your significant other.

Pentatonix’s cover of Leonard Cohen’s beloved classic “Hallelujah” is arguably the group’s most viewed video on YouTube at over 270 million views. This beautiful rendition of the song was uploaded to their channel for everyone to enjoy, and it quickly became the most popular track they had ever done until that point. It has an excellent balance of vocals and musicality, thanks to the smooth harmonies provided by Scott Hoying, Kirstie Maldonado, Mitch Grassi, Avi Kaplan, and Kevin Olusola.

This song, written by Mark Lowry and Buddy Greene, is considered a modern Christmas classic. Pentatonix’s song version was included in their 2015 album “That’s Christmas to Me,” which won them a Grammy Award for Best Contemporary Christian Music Album. This isn’t just their most popular Christmas track – it also has over 250 million views on YouTube alone. This song’s success can be attributed to the incredible talent showcased by Kirstie Maldonado, Kevin Olusola, Mitch Grassi, Scott Hoying, and Avi Kaplan.

“Cheerleader” is the lead single from Pentatonix’s third studio album, “PTX Vol. III.” This song has a different sound than many of their other tracks and earned yet another Grammy Award nomination in 2016 for Best Arrangement, Instrumental, Or A Cappella. The production of this song was more modern and upbeat than a lot of their other songs at the time, and it showed how far they had come in developing their unique style.

Written by Pentatonix members Scott Hoying, Mitch Grassi, and Kirstie Maldonado, this track appears on their 2014 Christmas album of the same name. “That’s Christmas To Me” is unique in that it is the only original song on this list. The harmonies are pitch-perfect thanks to the talented group singing together, and this song is one of Pentatonix’s best.

The Imagine Dragons song “Radioactive” cover is Pentatonix’s collaboration with violinist Lindsey Stirling. The track was released in January 2014, about a month before their famous Grammy Awards win for Best Arrangement, Instrumental, or A Cappella. It has nearly 180 million views on YouTube and earned Pentatonix the #1 spot on the US “Billboard” Classical Digital Songs Chart.

This slower-tempo track from Pentatonix’s third studio album, “PTX Vol. III,” shows the sentimental side of Kirstie Maldonado and Mitch Grassi when they sing together. The group released this song in October 2014, and it has over 160 million views on YouTube alone. It became a fan favorite when released and allowed the world to see another side of Pentatonix.

This cover of Dolly Parton’s song “Jolene” earned Pentatonix the 2014 Grammy Award for Best Country Duo/Group Performance. The group released their extended play, “PTX Vol. III,” that included this cover in November 2013. After winning the award, they received praise from multiple media outlets for their performance, and even Parton herself called them an “awesome” group. This song has over 330 million views on YouTube and has become the most successful Pentatonix cover to date.

This trendy cover of the Daft Punk song “Get Lucky” was released in 2013 before their Grammy Awards wins. It has over 475 million views on YouTube and helped propel them to fame after posting on a Perez Hilton blog. This track showcases Pentatonix’s unique style, which is one of the main reasons they are so popular. They are groundbreaking in their way, making them one of the best music groups of our time.

Since its inception in 2011, Pentatonix has quickly risen to stardom. They have won 3 Grammy Awards and released five studio albums, all of which charted on the “Billboard” 200. Their holiday album that includes “Mary, Did You Know?” went double-platinum in the US and became the fourth best-selling album of 2015. The group is truly one of the most talented music groups to come along in years, and this is evident by their incredible track record on YouTube with hundreds of millions of views. 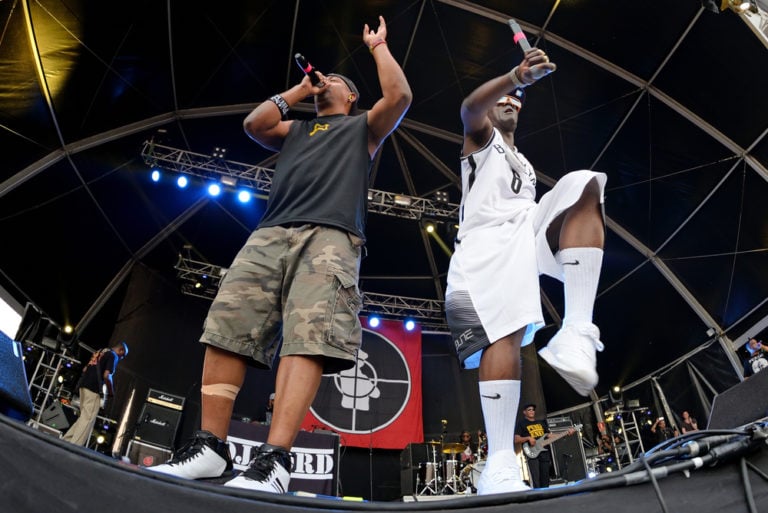 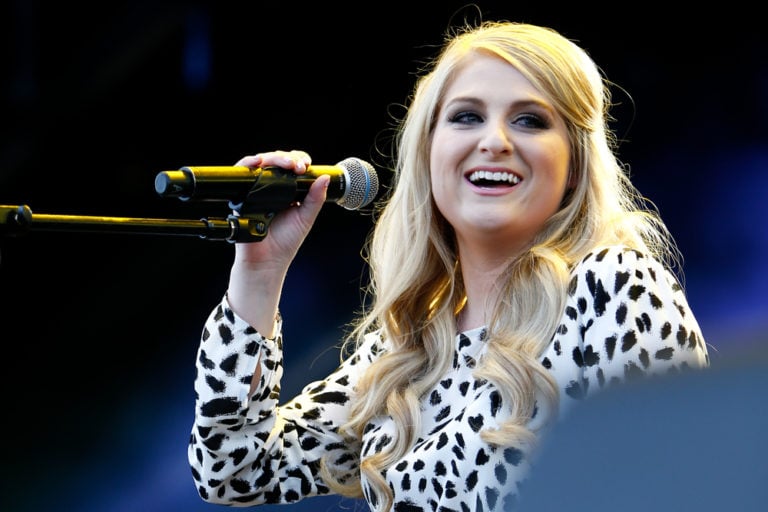 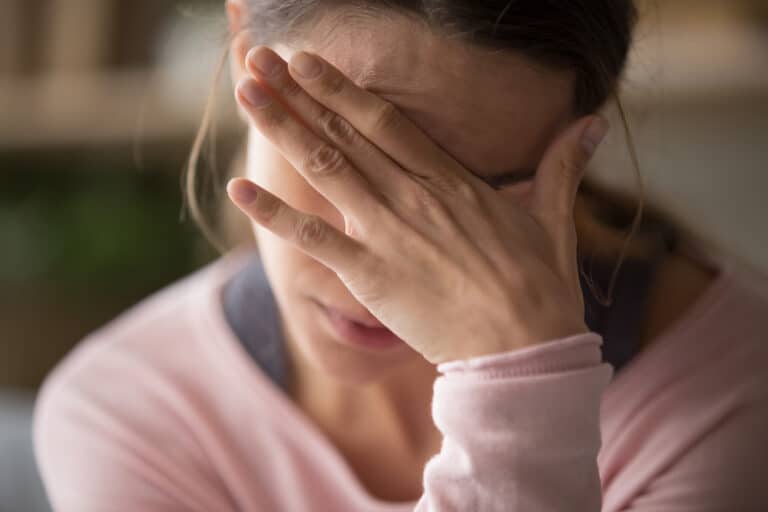 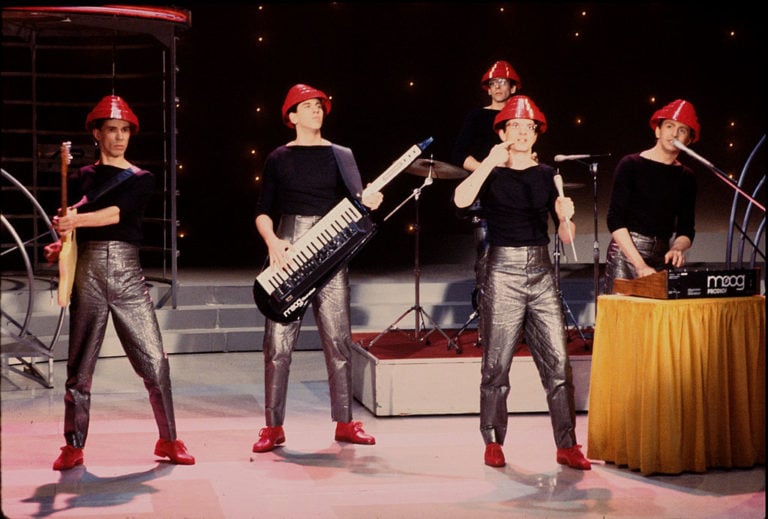