Everywhere is surrounded by flowers, chocolates, candles, posts full of love, and much more at this moment thanks to Valentine’s Day 2021. But those can be really oppressive especially for the lonely ones. So, here we are suggesting you turn your social media off and pick one of these movies down below which might ease your loneliness even for a bit.

In addition, you might not be bored at all or maybe you are in a releatiınship but still looking for a way to entertain somehow, we still suggest you continue then. It’s time to get away from the real world and go to another world we want to live in.

Of course, we were going to start with this one. This movie captures the struggles of relationships so well that you get really released not having one. How to Be Single inspires you in anyways, whether you are in a relationship or not, it will affect you shaping your relations somehow. This anti-valentine movie revolves around a group living in New Your as they navigate the ins and outs of dating and sex. And they are not looking for love so they take things at their own pace, while they are expecting love to find themselves.

Closer has a stunning cast that includes beloved and famous names such Julia Roberts, Jude Law, Natalie Portman, and Clive Owen. It may seem like a romantic drama at heart, but it’s also a tragedy. Closer is a modern-day interpretation of the Mozart opera Cosi Fan Tutte that involves love, lust, and loss as

The four main characters end up being unfaithful to one another and then a twisted love square begins. It has a sad story with a tragic end that is completely anti-romance.

If you’re bored on Valentine’s Day, Geralt’s Game might work. But don’t say I didn’t warn you cause you can end up having some trust issues after this one.

Based upon a Stephen King novel, this chilling adaptation is stylish, gripping, and definitely intense. Sit down, grab your blanket and watch how a passionate role-playing session can turn into a nightmare when one partner injures the other, causing them to have a fatal heart attack. Guess ‘love can kill you’ is literally can be true after all.

So Gerald’s Game takes this one step further. It illustrates how love can kill you, through the depiction of a worst-case scenario during a romantic getaway. Gerald’s Game can easily take your attention and your thoughts away from being lonely on Valentine’s Day.

We suggest you watch this movie if you can’t give up on self-destructive relationships somehow. It is a comedy-drama which central a platonic love over the romantic one. Tallulah shows you to know what’s best for you, leaving bad relationships and building up a family. Furthermore, this Valentine’s Day movie so realistic is based on the writer’s lived experiences, this is why it feels so realistic while watching.

You should only watch this movie if you are in a crying mood. The story revolves around a previously happy couple who are now dealing with the dissolution of their marriage. You might find it cathartic to see the process play out on screen so don’t watch it unless you feel ready. But it also might be a good choice, if you’re going through a breakup on Valentine’s Day.

The movie stars Adam Driver and Scarlett Johansson as Charlie and Nicole and had nominated for the Academy Awards.

This movie focuses on a badass female lead and how she overcomes assumptions of her self instead of focusing on romance. But it still has some romance elements, though. She finds love in her new career which accompanies her along the way. It might be one of the perfect movies to watch on Valentine’s Day cause it empowers and makes all the single ladies feel less lonely while providing some romance of valentine’s day.

7- Eternal Sunshine of the Spotless Mind

One of the cult movies of the time which doesn’t need much explanation. We just wanted to remind you that watching this movie makes you feel not as bad about being single.

“When their relationship turns sour, a couple undergoes a medical procedure to have each other erased from their memories.”

And if you are someone who still hasn’t seen it. We can just say that this movie starring Jim Carrey and Kate Winslet together…

This movie might just fit you if you are running away from your past which also sounds familiar Eternal Sunshine of the Spotless Mind. It based upon the same name book and is set in Japan in 1989.

The story revolves around a translator named Lucy who is living and working overseas. Lucy gets involved in a tempestuous relationship. And right after her friend is killed, she finds herself caught up in the murder investigation.

Earthquake Bird has a scary and emotional story that deals with the nuances of past trauma and how they manifest in our current relationships. So it might be a good option to watch in valentine’s day if you have the same situation on your hand.

One more movie which is about getting over the past. Begin Again touches wittely the narration of getting over an old relation. It reminds you how you can find your strength again and start over.

Another cult film Kill Bill is the perfect feminist flick. It provides much more than kissings and vows and gives a great option for the ones getting sick already from this Valentine’s Day. It’s got high action all the way through with Uma Thurman’s starring. It is also an amazing opportunity to get some nostalgic on the other hand.

So, here is another movie that proves that love sucks. On the other hand, The Invitation reminds us why we should never accept an invitation from our ex definitely even if it’s valentine’s day and seems romantic…

However, it’s a horror-thriller that is about broken relationships, grief, depression, and how we cope with life-changing events. In addition, The Invitation is a bit of a slow-burn. But if you’re a fan of the “dinner party from hell” subgenre and need to be warned not to go back to your ex, this movie is perfect.

This movie is actually a playoff for a common fear which especially a lot of women have: being unable to realizing our loved ones’ possible dark sides.

In this Valentine’s Day thriller movie, Jennifer is a victim of a severe brain injury so she loses her memories. She wakes up in a hospital bed and finds her loving husband by her side except for the problem that her husband is not actually her husband.

Here is a weird option that screams anti-Valentine’s Day. HER is about a lonely man who falls in love with artificial intelligence in the twenty-first century. This man is a socially awkward person and finds consolation in chatting with a virtual woman. He becomes convinced eventually that she is a real woman and starts to fall in love on the other hand. Told you it’s weird but it also seems possible if we consider today’s world. So if you want to glimpse at something different and possible feature ahead of us, maybe you could give this movie a try.

If you want to believe that your love life is not that bad or hopeless, here is a reassurance for you. You can see how things could have turned out so much worse so quickly and maybe get a little scared from one-night stands after all.

This psychological thriller revolves around a photojournalist named Clare. While she is backpacking across Europe, she hooks up with a stranger who seemed really innocent at first. So she spends the night over his place and finds herself locked down the next morning.

Even the name of the movie promises us an anti-Valentine’s Day. The story follows a couple who decides to break up but both of them don’t want to move out of their condo. So they try to continue their relationship as roommates. This story shows just how messy love can be, and how easy it is to lose someone by taking them for granted and not appreciating them.

John Tocker is a serial cheater who tries to manage lots of girls at the same time. But of course, the liar’s candle burns until nightfall. His three exes decide to use the new girl in town in order to get their revenge and watch him getting heartbroken as he did to them.

So this movie is giving its message in a great and classical chick way that people suck. Even the girls have not much difference from their ex John as they bond over trying to ruin his life. So yes, it is a great reminder of being alone on Valentine’s Day not that bad instead loving or being a person like them as everyone in this movie sucks. And it’s fun, really fun.

This comedy will make you laugh in tears while taking you back to the mid-90s. It is also perfect for especially doing a girl night for Valentine’s Day which also being called as Galentine’s Day. The movie is based on the same-named novel by Olivia Goldsmith and follows three divorced women who are all trying to get back their ex-husbands after they left them for younger women.

Another movie that might cause trust issues after watching but it also screams anti-valentine just like that. It is not only a terrifying horror movie but also a deeply psychosocial that can make you question. ‘Get Out’ is nothing like a typical Valentine’s Day movie which is cheesy and predictable. You are really getting confused in most parts of the film. Furthermore, there is not a hopeful love in this movie, it is all about a sinister relationship from the beginning.

Looking for a movie that could turn off romance and Valentine’s Day? This is it. Fatal Attraction is a classic psychological thriller that follows the happening events after a woman becomes so obsessed with a man.

Daniel has a fling one night when his wife and daughter are out of town. But after he realizes that the woman doesn’t mean to be just a one-night stand and wants more. It’s a terrifying glimpse at obsessive lust which includes from boiling bunnies to wielding knives.

Yes, it is a heartbreaking love story that leaves you in tears. But it also has a realistic touch so it’s not like other cheesy Valentine’s Day movies. So if you want an emotional movie that can make you cry but also doesn’t include simple and predictable romance elements, that movie is just the fit. It takes you into very raw and also real emotions that you can’t deny no matter what. Bradley Cooper and Lady Gaga starring join undeniable chemistry in A Star Is Born as well, not to mention their flawless signings together.

So let me repeat again, it is the perfect option if you want to watch something that is going to make your eyes cried-out. 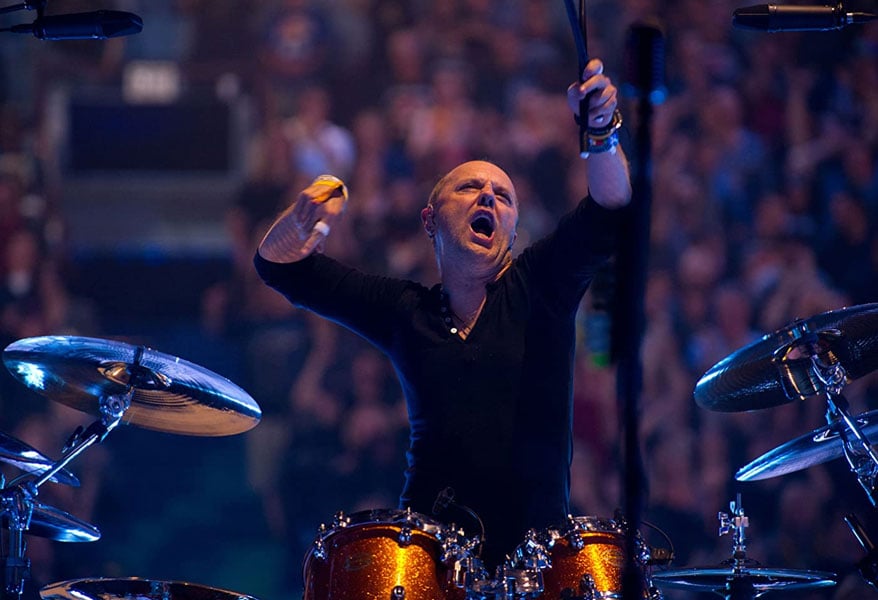 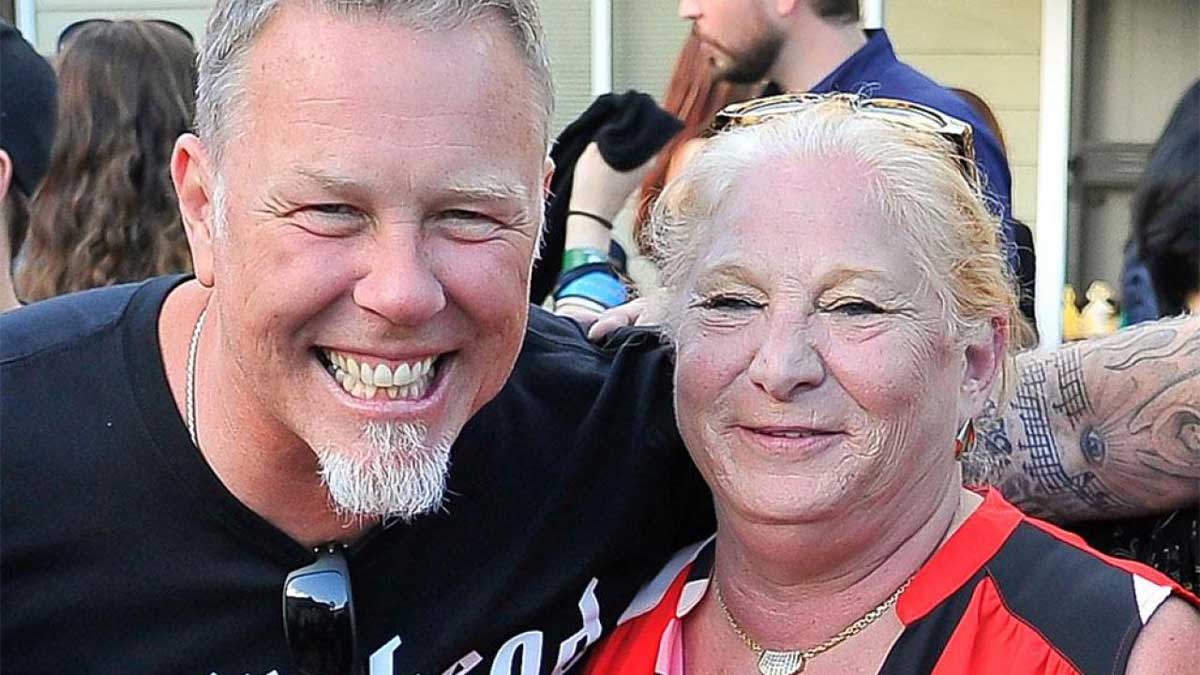 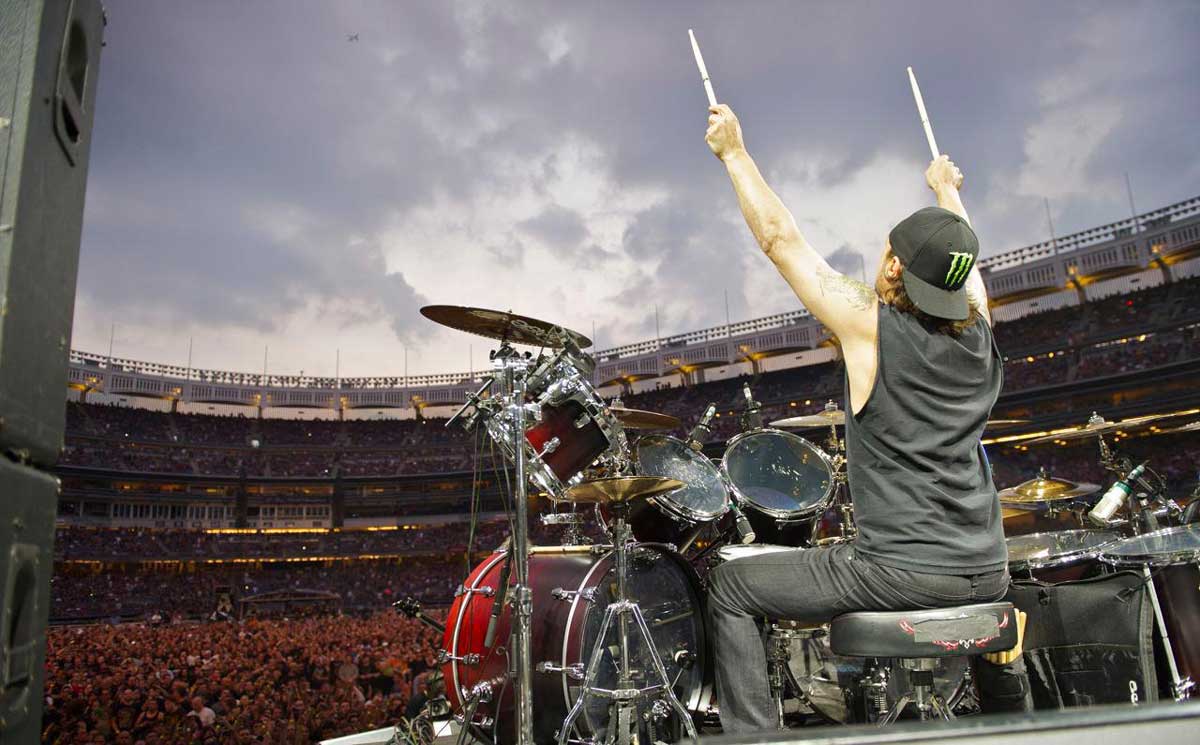 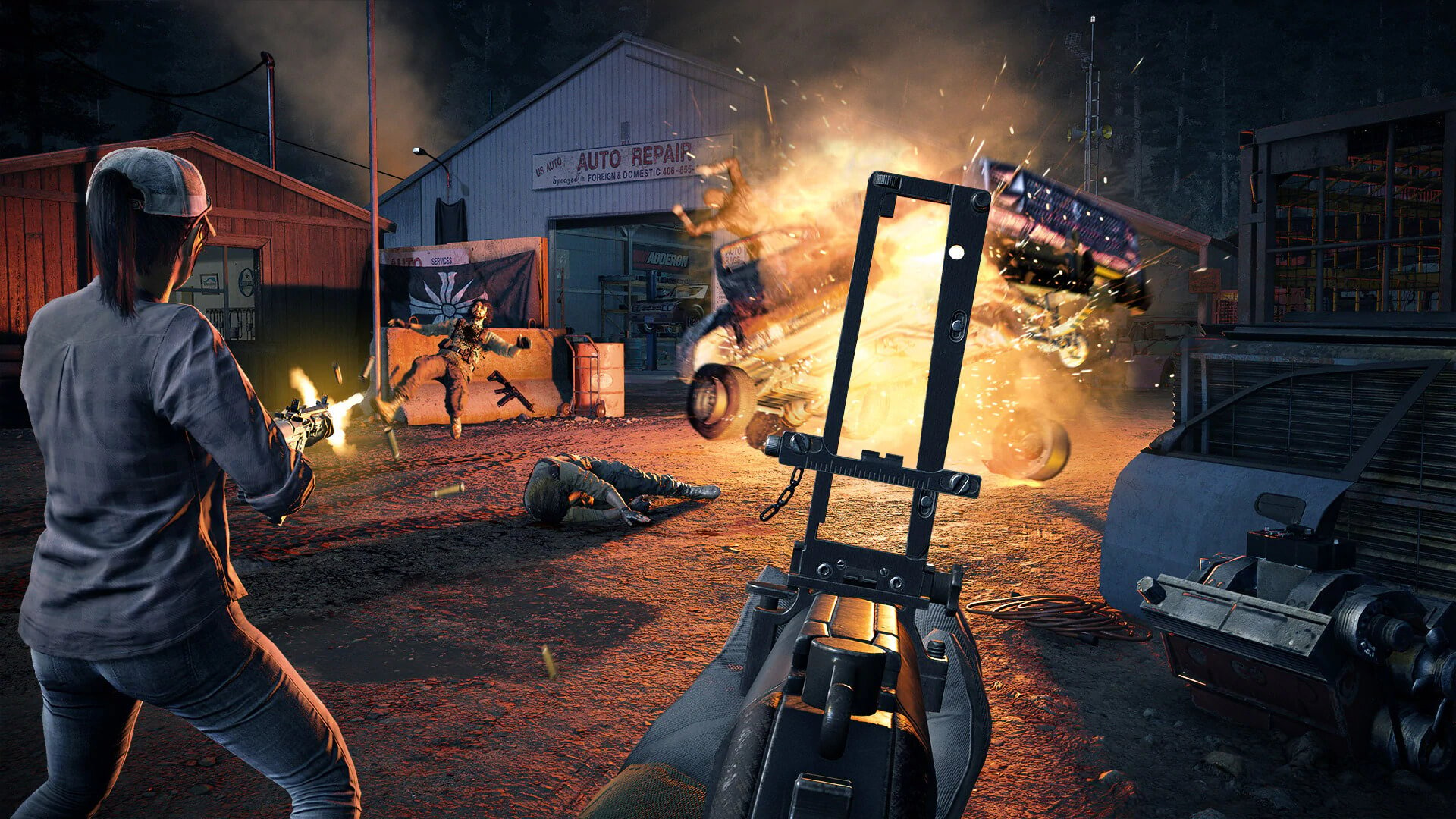 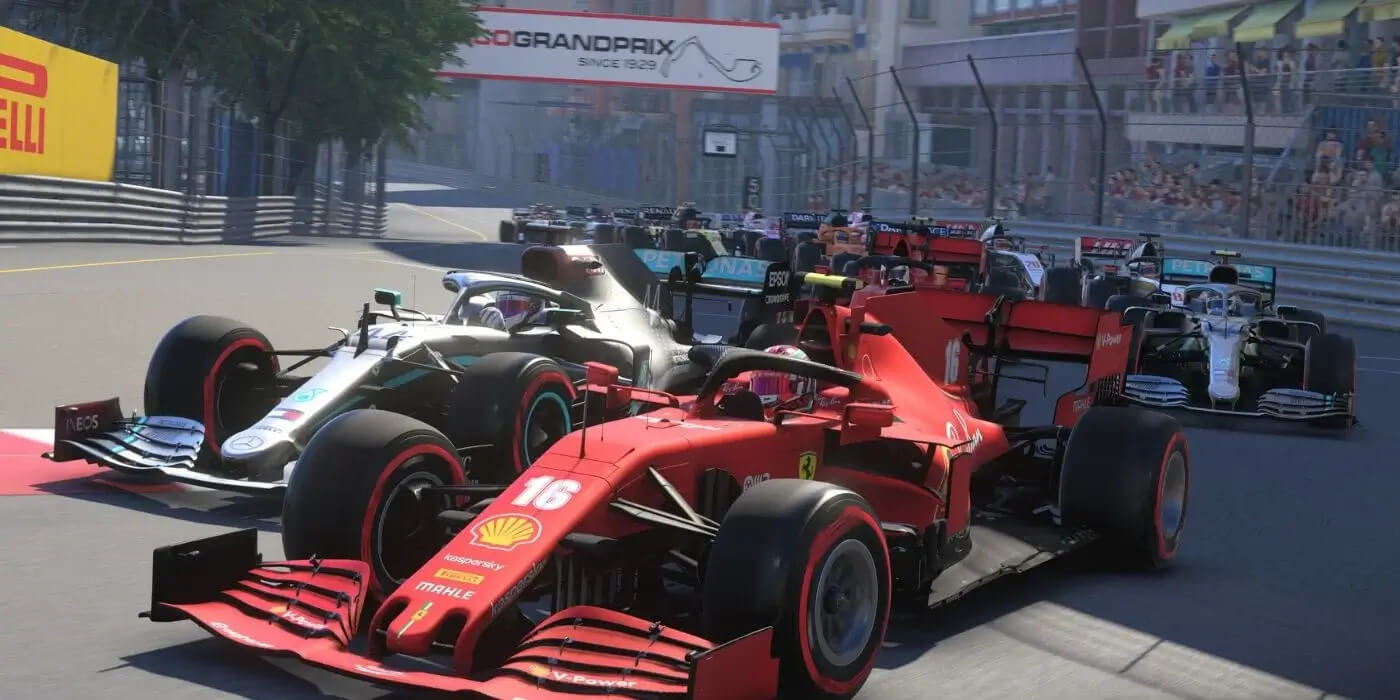