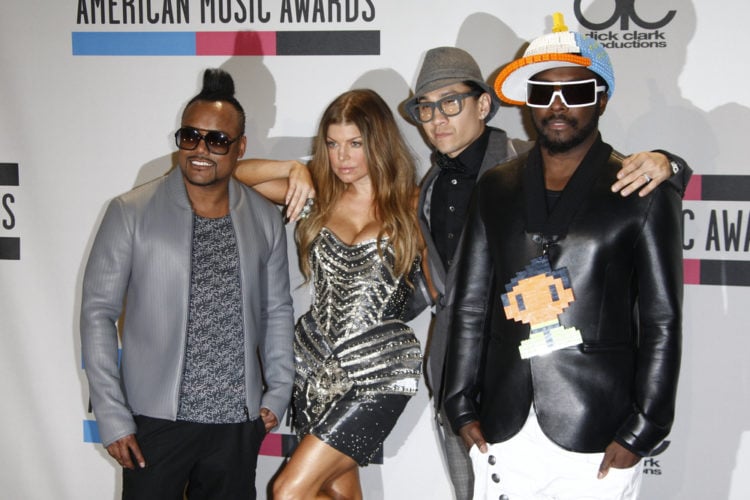 The Black Eyed Peas started out as an alternative hip hop group in the mid 1990s. However, they evolved towards the direction of pop-rap, which proved to be a good choice because they went on to become one of the best-selling acts of all-time with approximately 80 million records sold. Moreover, it is important to note that the Black Eyed Peas are still very much active in the present time, meaning that those numbers promise to continue to rise.

Despite its name, The Beginning was more of an ending for the Black Eyed Peas. After all, it was the last studio album to feature Fergie as a member of the group, thus making it the end of an era. In any case, The Beginning was a lot of fun, which makes sense because it was the product of a well-honed music machine that had managed to carve out a formidable position for themselves in a very contentious field. However, it isn’t quite as memorable as some of its counterparts.

Social consciousness has been an important element of the Black Eyed Peas for a very long time. As such, the very political Masters of the Sun Vol. 1 fits into the group’s body of work with no issues whatsoever. Music-wise, it is interesting in that it is a return to the Black Eyed Peas’ hip hop roots, which in turn, means a departure from their pop and electronic dance-influenced sound prior to it. Something that was apparently dismaying to their long-time record label Interscope. Besides this, Masters of the Sun Vol. 1 was somewhat tied to the graphic novel of the same time, though one could say that it is more focused on contemporary events even if the two have a lot of thematic overlap.

It isn’t uncommon to see groups becoming more and more ossified over time. Essentially, they manage to carve out a niche for themselves. After which, these groups become too comfortable to ever step beyond that niche. Translation makes it very clear that the Black Eyed Peas aren’t at risk for succumbing to this process. This is because the release took a strong turn towards Latin music while retaining the group’s characteristic catchiness and inventiveness. The studio album doesn’t quite manage to pull it off with 100 percent success. However, it is more than good enough to make one wonder what creative direction the Black Eyed Peas will head next, which is a rather rare sentiment for a group that has been around for two decades and counting.

The E.N.D. managed to sell more than 11 million copies. Thanks to that, it can be considered not just one of the biggest successes for the Black Eyed Peas but one of the biggest successes for the music industry of the late 2000s and early 2010s as a whole. Its lyrics weren’t necessarily the best and its music wasn’t necessarily the most sophisticated. However, commercial success carries a certain weight of its own. Naturally, The E.N.D. received a great deal of recognition for its incredible performance, with an excellent example being how the Black Eyed Peas walked away with the Grammy for the Best Vocal Pop Album that year.

As mentioned earlier, the Black Eyed Peas had been around for quite some time before releasing Elephunk in 2003, which was their first studio album featuring Fergie. However, this was when the group managed to make themselves known in the mainstream, thus paving the way for their subsequent success in that regard. At the time, there were people who didn’t like everything that they were hearing, with an excellent example being those who blasted “Where Is the Love?” for being trite. For the most part though, well, suffice to say that most studio albums never even come close to selling 9 million+ copies on a worldwide basis. As such, Elephunk has more than earned its position on this list.