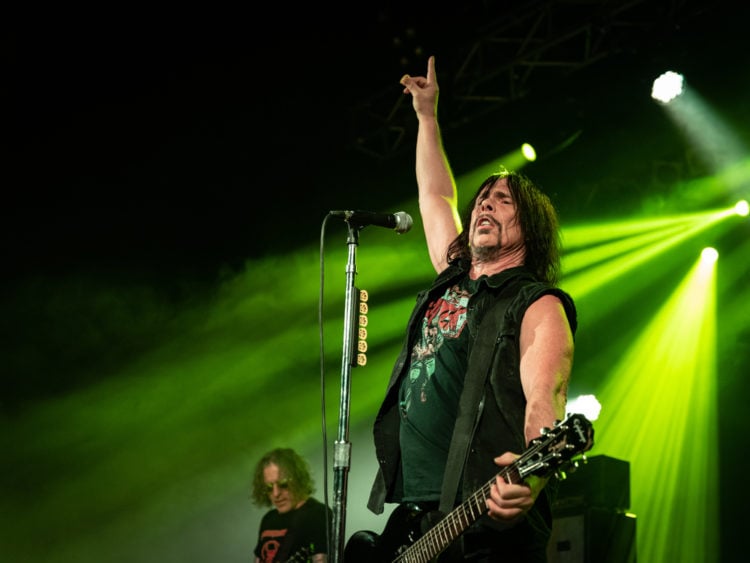 Monster Magnet frontman Dave Wyndorf has survived three decades of professional highs and personal lows to come out fighting. Now aged 64 years old, the High Priest of Stoner Rock is still rocking those leather trousers as hard as ever. Find out more about the man who went from a high school nerd to a psychedelic rock music god with these 10 things you didn’t know about Dave Wyndorf.

1. He lives two blocks from his childhood home

Wyndorf’s life may have changed dramatically since he was a kid, but you wouldn’t know it from where he lived. The singer still lives just a couple of blocks away from the home in Red Bank, New Jersey, where he was born in 1956. Wyndorf was the middle child in a family of eight. The family was poor, but he’s described his childhood as idyllic. “We were poor but we didn’t know it,” he told Louder Sound. “We had a lot of woods to go to, there was a river nearby. You go out in the summertime at seven in the morning and you don’t come back until lunchtime, then you go out again and don’t come back until dinnertime. I loved it. I have no complaints.”

2. His first band was called Shrapnel

Wyndorf was always into music, and by the time he was 14, he was going to concerts two or three times a week. Around about the same time, a few kids he knew from school put together a band and invited him to practice with them. At that point, he couldn’t play anything but he went anyway. The band were doing covers of songs by the likes of The Ramones and UFO – songs Wyndorf knew, but their singer didn’t. He ended up replacing him at the mic, and the band, Shrapnel, quickly went from being a covers outfit to a punk rock band. During his time with the band, they released two singles along with a five-song EP with Elektra Records.

3. He formed Monster Magnet when he was 26

Wyndorf left Shrapnel went they started getting less punk and more pop. After he left, he started working at Fantasy Zone comic store, where he met up with Tim Cronin (who was working at Jack’s Music Shop) and John McBain, who worked at a used record store. The trio, which Wyndorf describes as “three nerdy retail guys, all lost in our own obsessions,” soon teamed up. Cronin and McBain had already put a band together called Dog of Mystery, but were looking to add to their numbers. Wyndorf joined, they started performing some of the songs he’d written, and pretty soon, Dog of Mystery had morphed into Monster Magnet.

4. It took him a while to find success

Success took a long time to find its way to Wyndorf’s door. Monster Magnet’s style of retro-rock was a long way from being fashionable in the 80s and early 90s – while they enjoyed a cult following, it didn’t translate to sales. Then, in 1998, Wyndorf went on a 21 day trip to Las Vegas. It was there he found his inspiration for Powertrip, the breakthrough album that turned the band from cult to commercial and which still ranks as their best-selling record to this day.

5. He overdosed on sleeping pills

Wyndorf didn’t shy away from drugs in his youth, but by the time he formed Monster Magnet, he was clean. He stayed that way until the mid-2000s, at which point a frenetic touring schedule and insomnia drove him to seek refuge in anxiolytics. In February 2007, he was hospitalized after overdosing on a full bottle of sleeping pills. The incident prompted him to get the help he needed and he’s since forged a complete recovery.

6. He doesn’t think drugs are the gateway to creativity

Monster Magnet might be known as the ultimate stoner rock band, but asides from a brief setback in the 2000s, Wyndorf has been clean and sober since his mid-20s. Although he hasn’t expressed any regret over his youthful misadventures, he’s gone on record to say he doesn’t think drugs feed creativity or act as an inspiration for music. He’s also against their legalization, saying “Americans have been so suppressed for so long that given that kind of freedom they would tend to abuse it.”

Some bands never change their core sound. Other bands sound like a completely different outfit from one album to the next. For Wyndorf, it raises questions… specifically, just how many changes can you make before you’re not the same band anymore? “I used to always think about this — I could do a Miles Davis jazz album — a Monster Magnet jazz album — and then I kind of reel it back and remember what it was like when I was a kid,” he’s explained to thefestivalshub.com. “If you’re going to go one step over the line or two steps over the line and changing the style of the band, maybe you should change the name of the project.”

They say wisdom comes with age. In Wyndorf’s world, it also comes with smiles. It’s not necessarily that he’s happier than he used to be, it’s just that he’s worried about looking like an angry old man. “I look at a video of myself and I thought I was rockin’, now in the video it looks like I’m just an angry guy in the Foodtown parking lot,” he’s explained to Revolver “So I have to remember to smile more now. Because as you get older, if you don’t smile you really look like you’re just having a fit. It doesn’t look like, “Wow, he really means it!” It’s like, “What’s wrong with that guy?” So that’s what I would say about getting older. Start smiling more.”

9. He didn’t enjoy being super famous

For the first few years of Monster Magnet’s life, they were a cult band with almost no commercial appeal. Then Powertrip propelled them to the big time. Overnight, they went from playing in clubs to selling out arenas. The money started rolling in and everyone wanted a piece of them. It didn’t last. Before long, they were back to being a cult band with a small but devoted following…. which is exactly how Wyndorf likes it. “It was really really cool, but that section of it lasted a little bit too long for me,” he’s said of the band’s time in the spotlight to mlive.com.”It’s hard to keep that many people happy without really dumbing it down even more. You can’t go both ways. I tried to go both ways and have a fist-in-the-air anthem AND have all this little (weird stuff), and the records were so fragmented that they didn’t work. You can’t be all things to all people. You just can’t do it.”

10. He plans on rocking till he drops

Dave Wyndorf is now 64 years old. Retriment age for most of us, but Wyndorf is still rocking as hard as ever, and he’s not planning on stopping anytime soon. “I’ll keep doing it until I drop dead on stage or find something better to do! I love making albums and playing live,” he’s said. “It never gets old for me.” 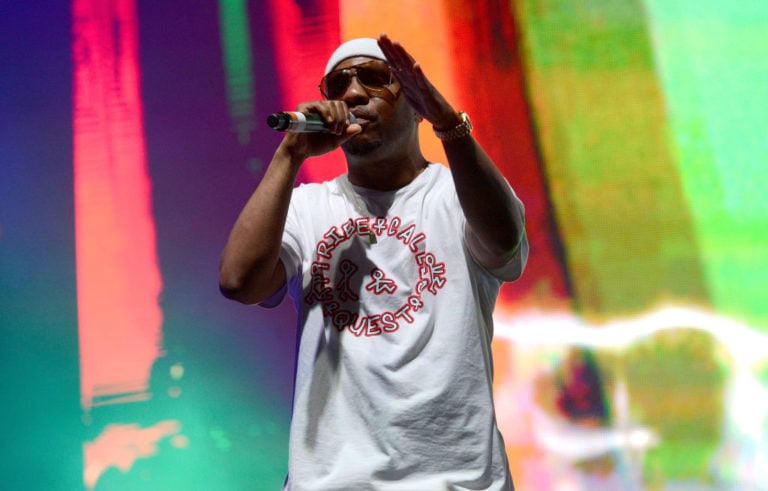 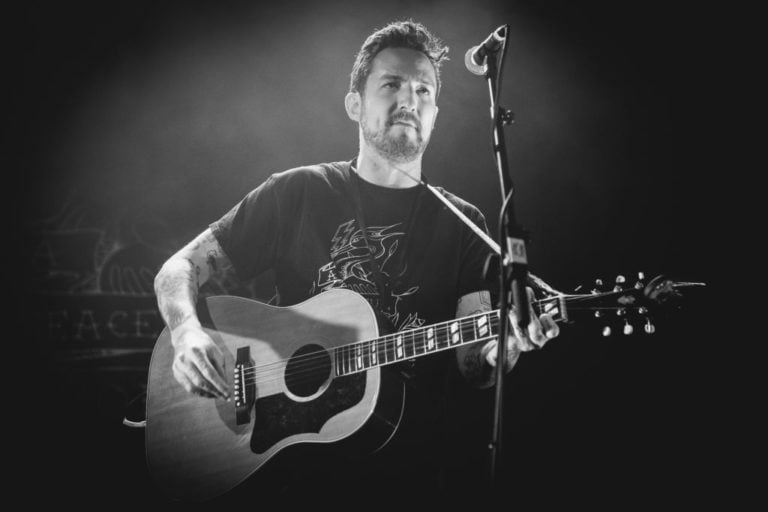 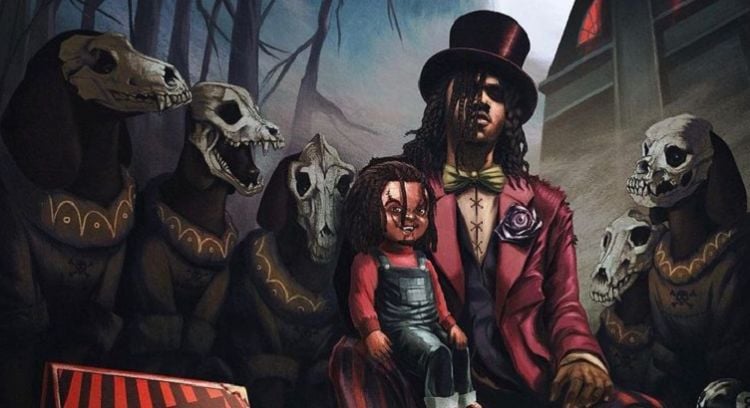