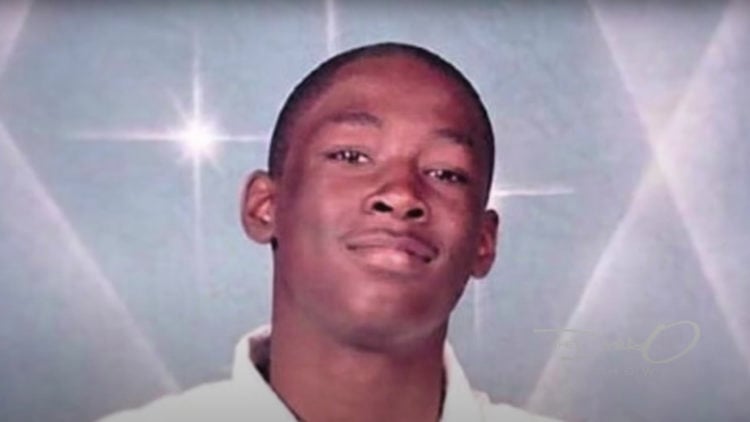 Chicago is easily one of the most well-known cities in the United States, but unfortunately, all of the things its known for aren’t good. Gun violence in Chicago has become an increasingly pressing problem over the last several decades and lots of lives have been lost in the city due to gang disputes and other altercations. Shondale Gregory, better known as Tooka, was one of the many people who was tragically murdered in Chicago. In 2012, Tooka was shot and killed while at a bus stop. Although Tooka wasn’t a rapper, his death has had a profound impact on many rappers from the Chicago area. Keep reading to learn how Tooka’s death is still affecting rap.

In order to understand how Tooka has impacted hip-hop, you first need to understand who Tooka was. Born and raised in Chicago, Tooka was a member of a local gang called Gangster Disciples (GD). The gang was founded in the late 60s by street legends Larry Hoover and David Barksdale. Hoover was previously the leader of a gang called Supreme Gangsters and Barksdale was the leader of the Black Disciples. Although these two groups coming together is how GD was founded, in the years since GD and Black Disciples have become deadly rivals.

Despite his young age, Tooka had become very well-known in the Chicago gang scene which ultimately made him a target. When Tooka was gunned down at the bus stop, his death sparked the killing of a rival gang member, Odee Perry. Both killings made headlines even outside of the Chicago area due to the level of violence and the age of the victims.

How Tooka’s Death Has Affected Rap

Tooka may not have been a rapper, but his name has been dropped in so many rap songs that MoSlidez has labeled him “the most disrespected person in rap history“.

The disrespect of Tooka in music started with Chicago-based rapper Chief Keef. Keef is a known remember of the Black Disciples which has had decades worth of beef with the gang that Tooka was a part of. At the start of his career, Keef disrespectfully mentioned Tooka’s name in several lines including the song “3hunna” in which he rapped, “F**k a Tooka gang b**ch I’m 3hunna”. Chief Keef continued to diss Tooka in several other tracks over the years.

Another rapper who has dissed Tooka was the late Dayvon Bennett, AKA King Von. King Von first started gaining attention for his music in 2019 when he released a mixtape called Grandson Vol. 1. He quickly became one of the most talked-about rising stars out of Chicago and his gritty lyrics resonated with a lot of people.

King Von was believed to be a relative of GD founder David Barksdale, although their relationship has never been officially confirmed. What has been confirmed, however, is that King Von was a member of the Black Disciples, which is a rival to the gang Tooka was a part of. It’s unclear if the two ever had any personal issues with each other, but when King Von released a song called “How I Rock (Tooka Pack)” it became clear that he had no respect for Tooka or his legacy. In the song, King Von rapped:

“Drop some, everybody holler, “Von, drop somethin”
But I can’t, ’cause all the opps dead, it’s hard to drop somethin’
Smokin’ on this Tooka pack and it’s loud as fuck
Foenem caught Tooka ass gettin’ off the bus
I know Tooka mad as hell, he probably tired of us
But when I die, find Tooka ass and I’ma beat ’em up”

The lyrics quickly led to Tooka’s name being discussed all over the internet. Some people couldn’t believe that Von would disrespect his legacy while others weren’t surprised at all. Sadly, King Von was shot and killed in Atlanta in November of 2020. He was only 26-years-old at the time.

Tooka’s Impact On Rap Outside Of Chicago

Between Chief Keef and King Von, Tooka’s name was mentioned so often that even rappers from other parts of the country started saying his name. In a freestyle, New York native, Young M.A. rapped “smokin’ hookah like it’s Tooka”.  Young M.A. later apologized for using his name in the line and admitted that she never knew him.

The line “smokin’ in Tooka” eventually got so popular that it became a meme. Tooka’s mother eventually spoke out asking people to stop using it.

For years, people have been saying Tooka’s name without even knowing who he was. It’s gotten to the point that members of his gang have threatened to retaliate against those who drop his name in their music. As more people become educated on his legacy, people outside of Chicago are becoming more mindful about disrespecting his name.