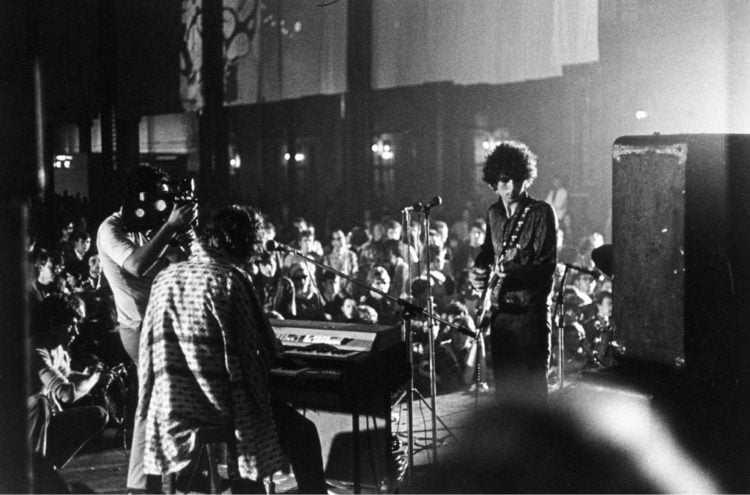 Pink Floyd is a classic rock band that has grown and evolved over its long and successful career in the music industry. The band’s configuration changed with only the name and drummer Nick Mason remaining as consistent icons since its inception and tours between 1968 through 1979. The five-member band maintained its signature sound throughout, which was its psychedelic quality, as members of the group shifted. Not all of their albums were big hits, but enough of them topping the charts created its status as legends in the rock world. Here is how the top 15 Pink Floyd’s studio albums fared in the current ranking of them.

The Ummagumma album was released in 1969 after losing Syd Barrett from the group, Richard Wright’s keyboard suite was a notable component with endless sound effects experiments complements of Roger Walters. Nick Mason was at the top of his game in his drumming endeavors, but as David Gilmour confirmed, this was an album they muddled through, however, the solo material was the saving grace of the album which was a relative success for the group, according to Ultimate Classic Rock, placing it as number 15 in the ranking.

The album More was another 1969 release that represents a pivotal point in the history of Pink Floyd. It was minus Barrett and producer Norman Smith and David Gilmour stepped up as a lead vocalist. The group experimented with the addition of folk, while simultaneously producing some of the heaviest sounds of its long run. That was the savior for the album which was largely experimental and still lacked focus. The album was tolerated, although not its most well-received project.

13. A Momentary Lapse of Reason

The 1987 release of “A Momentary Lapse of Reason” came after Waters made his exit and was attempting to prevent its release through a lawsuit. Notable bombs on the album include “Sorrow,” which drug a bit, and the contrasting “Learning to Fly,” which was a bit too much on the pop side of music. The group had been through a lot of changes and there was a fair amount of turmoil in the air. Although not high on the popularity list, “Yet Another Movie/Round and Round” pulled the album out of the muck and gave fans a reason to buy it.

Obscured By Clouds was released in 1972, originally set to serve as a soundtrack for a film release from France. Not one of their most fulfilling albums, there were quite a few short pieces in the album that didn’t allow it to flesh out into the realm of a balanced full album project. A few redeemers on the album included “Childhood’s End” with Gilmour’s lyric writing debut, and Roger Waers’ “Free Four,” an emotional song about coping with the death of his dad. This album signals the direction that Gilmour would take in the next few years.

The Endless River dropped in 2014. It appealed to fans of the crowd that held the Dark Side of the Moon tracks in high regard with a return to its signature experimentation with sound effects. This was an adventurous project that left you feeling energized and a bit dizzy from the ride. It was a return to previous elements of the group that roused a bit of nostalgia, with a successful comeback and a bit of revival for the group.

The Final cut was released in 1983. The project was originally intended to serve as a soundtrack for “The Wall” film, but it took on its personality. It featured one vocal by Gilmour and some legendary guitar work. Waters took center stage with his views on family conflicts and the leftovers of the debacles without the musical accompaniments that gave the band its wings. It was a time of yet more change as Wright was no longer a part of the group.

9. The Piper at the Gates of Dawn

The Piper at the Gates of Dawn dropped in 1967. According to Penn State Commedia, this album is ranked as the ninth-best effort, landing somewhere in the middle in terms of its popularity. It gives us a more in-depth experience with the mind of Syd Barrett, who is credited with the writing of all but one of the tracks on the album. It’s a nostalgic album that takes us into his musings about childhood, based loosely on his interpretation of his favorite literary work as a child “The Wind in the Willows.” The most notable tracks on the album remain “Interstellar Overdrive,” “Astronomy Domine,” with its 10-minute instrumental and its closing with the space rock “Bike.”

Atom Heart Mother was released in 1970. Barrett had been gone for two years and Pink Floyd had finally achieved the sound they had been searching for. They moved out of the psychedelic themes to a progressive rock theme that was more focused and solid. The progressive album features a good mix of orchestration, tempos, and tones with natural overtones, however, not as well-received upon its release. The most notable track was “Fat Old Sun” with its nostalgic overtones and exceptional guitar solo.

The Division Bell dropped in 1994, serving as an answer to the criticisms Waters previously made about Pink Floyd being a spent force concerning its creativity. The album was evidence that the remaining members of the group were united in their efforts producing a smooth and streamlined project that featured precision rhythms and ambient keyboards. The band returned to its original intent with passionate vocals and some of the best guitar work to date. There was no division among the bandmates. Key tracks were “what Do You Want From Me,” “Marooned,” with its ethereal tones, and “Keep Talking.” The album was full of interesting tracks and not much filler. It was pure content.

Meddle was a 1971 release that gave new fans a clue at the new identity the group was working to establish. Meddle is the album that showed the world who Pink Floyd was at that stage of their growth. They had locked onto the formula that worked for them and delivered the album a few years before its originally scheduled drop. There were a few groundbreaking elements in this album. It was their first attempt at an evil sound that remained its only attempt with “One of These Days,” a hard rock success with loud instrumentals, tempered with a few lighter songs including “San Tropez” and “A Pillow of Winds.”

Far Out Magazine ranks the 1968 release as one of the top ten in the history of the band. The band was still new and members were working to establish their brand. The new weird rock sound was an infusion of something different and the world was ready to receive. It was Gilmour’s first studio album with Pink Floyd, and remarkably, Syd Barrett’s last. Notable tracks include “Set the Controls for the Heart of the Sun,” the best track on the album that gave a few hints about the future of the band, “Jugband Blues” featuring Waters’ best moments, and a push of the expansive sound that made Pink Floyd a legend of rock.

Animals dropped in 1977 when Pink Floyd was riding at its highest crest. The album was inspired by the famous Orwell novel “Animal Farm,” with reflections on the political views Waters was so fond of promoting at the time. It was a serious album with a progressive trajectory that brought a new elevation of respect for Pink Floyd. The delivery of the tracks is spot on in this project, and the writing is sheer genius.

The third best-ranked album for Pink Floyd of all time is The Wall. It dropped in 1979. One of the best projects ever undertaken by the group. It stands as a testament to the musicianship of Waters and it became the most personal album of his career. The Wall chisels away at a social convention and the robbery of human liberties and freedoms in a poignant manner that was well-received by listeners. Waters was real with audiences and filled with reflection of the loneliness that fame and fortune bring. It’s not all paradise. Fans could connect to the tracks on the album in a way that they had not previously done. This album established them as an indisputable legendary band. Waters was at the top of his game lyrically and in his delivery in this rock opera that propelled the band forward in a powerful trajectory to the stars.

2. Wish You Were Here

Wish You Were Here was released in 1975. What was once believed to be one of its least promising releases, was eventually realized as one of its finest undertakings? There was some turmoil between Water and Gilmour at the time, but they stepped up the professionalism and didn’t let fans down. It was a creative piece that catapulted their space launch even higher over time. The powerful energy of Wright and Gilmour makes this an expansive album and a nod to the good old days when Waters was working hard to make it work with other members of the band. It takes second place only to its predecessor, the number one ranked album of all time for Pink Floyd. Perhaps the only thing holding Wish You Were Here back from becoming the top album of all time was the fact that it came after a hard act to follow.

1. The Dark Side of the Moon

Most can agree that 1973 The Dark Side of the Moon is the best album ever released by Pink Floyd. Critics and fans alike have no problem assigning grandeur to this musical masterpiece. Pink Floyd hit the zenith of their careers in an album that is now viewed as a conceptual masterpiece. Some of the most amazing tracks of the band’s run appear on the album including “The Great Gig in the Sky, “Money,” “Breathe,” “Time,” and a legendary collection that didn’t need to rely on fillers. The content was tight and focused. The guys were on their game with the music, the lyrics, and the cohesion in a creative piece that has gone down in the history of music with iconic glory. At this point in the band’s development, they were an effective machine composed of talented musicians and lyricists with a creative spirit that took their experimentations and solidified them into a persona and a style that was unimitable. There was only one Pink Floyd and none of the other bands of the era came close to being mistaken for them by fans. They had a unique sound and it only took a few notes to realize that you were going to hear a Pink Floyd song. The Dark Side of the Moon remains one of the greatest albums for the band, but it is also one of the most recognizable titles in the industry with multiple references observed in pop culture throughout the world. It simply doesn’t get any better than that. 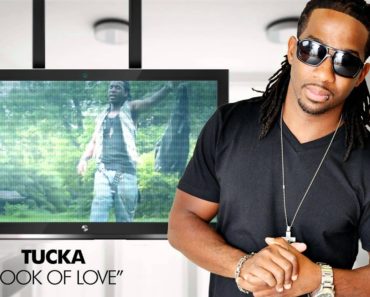 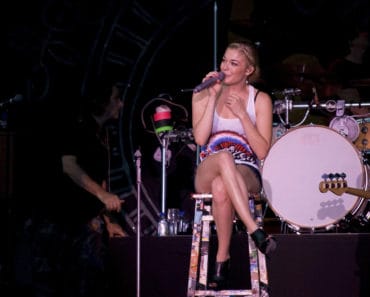 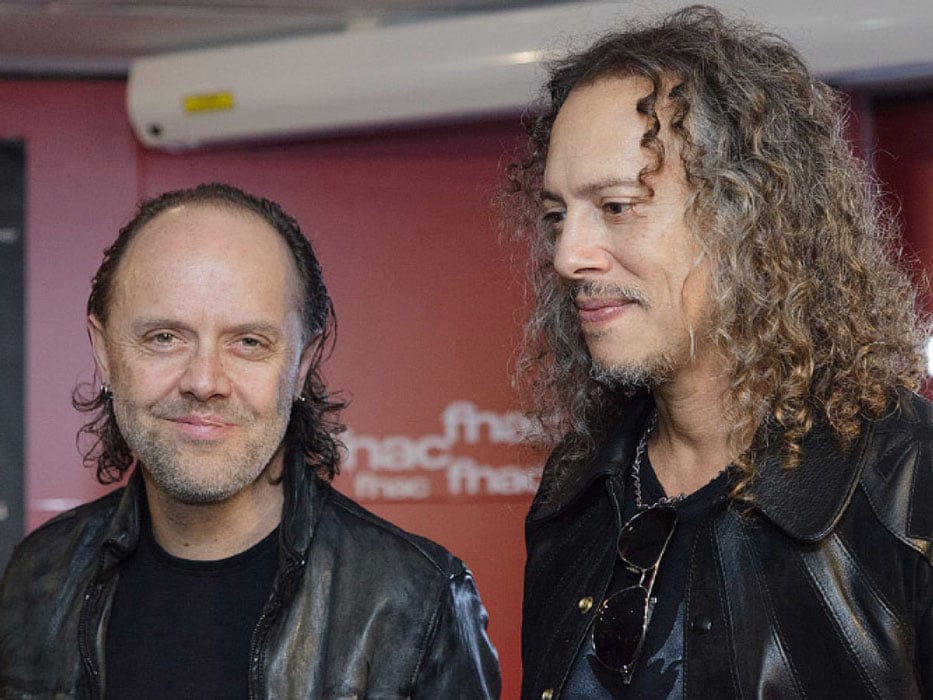 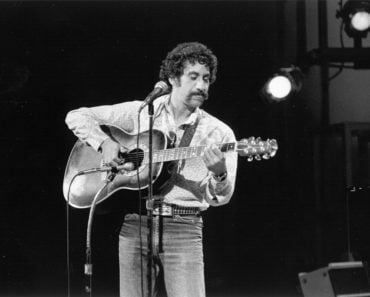