Home
News
What We Know about Surrender: The Memoir Coming from U2s Bono
Prev Article Next Article 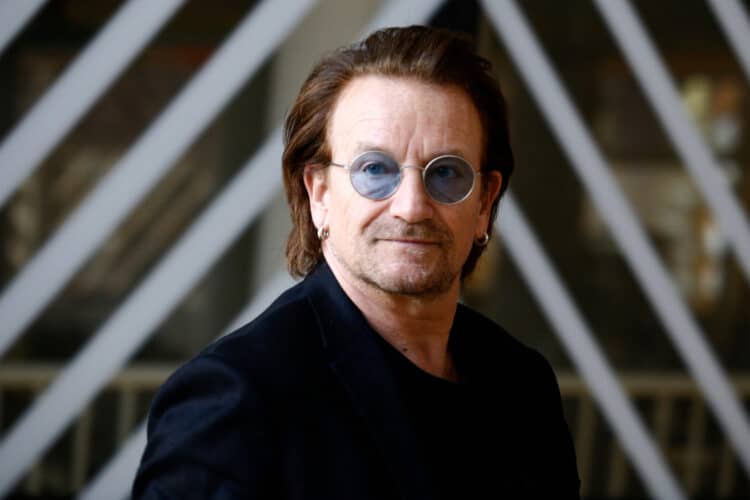 Bono has announced that he will release his memoirs on November 1 2022. The book, called Surrender, will not just be about his time in U2, but also the experiences he had in his early life. Fans are understandably very excited about what the book will contain, but what do we know about it so far?

1. All Of The Chapters Are Named After U2 Songs

Each of the chapters in the book shares its name with a U2 song. There are 40 chapters in the book in total, named after some of the bands biggest hits. The title of the book, Surrender, is also the name of one of their most popular songs. Being a member of U2 has been such an important part of his life, that it would be almost impossible for this to not to be reflected in some way. His time in the band will be covered in detail, along with topics such as growing up in Ireland and dealing with the loss of his mother at a young age.

2. The Origins Of The Songs Will Be Explained In Each Chapter

The origin of the song that the chapter is named after will be fully explained in that chapter. This will give fans a greater insight into the meaning of each song. There are likely to be some details in the book that fans already know, but they will be discussed in greater depth. Fans will be looking forward to the chance to find out more about the events and stories behind some of their favorite songs.

3. Each Chapter Is Accompanied By An Original Drawing

There is also an original drawing to accompany each of the chapters. The Evening Standard confirms that each of these drawings was also created by Bono. This helps to make the stories that he is telling more personal, as well as giving some insight into how he interprets the song that chapter is named after. It also provides him with the opportunity to express his creativity through art and well as his writing in the book.

4. A Narrated Animation Was Released As Part Of His 62nd Birthday Celebration

Details of the book were released in a video which contained a narrated animation. This was released on May 10 2002, which was also the singers 62nd birthday. With this animation, Bono gives his own explanation about what fans can expect from the book. The animation also gives an indication of just what he has achieved, both professionally and personally, in these 62 years.

The length of the book is 576 pages. This gives some idea of the detail that each chapter goes into about the different aspects of his life. Each chapter will be 14 pages long on average, although one of these pages will be used for the illustration. The length is ideal for both those who like to read a new book as quickly as they can, and those who like to take their time and pay close attention to the details.

6. It Is Being Published By Alfred A. Knopf

Alfred A. Knopf will be be publishing the printed version of the book. NME report that the audiobook version will be released by Penguin Random House. Alfred A. Knopf is one of the oldest publishing houses in the United States. They have published the autobiographies of many other greats of their field such as Billie Jean King and Selma Blair.

Sonny Mehta viewed an early version of the manuscript before he passed away. Mehta was the third editor-in-chief of the Alfred A. Knopf publishing house in their hundred year history. He made some notes on the manuscript which helped to influence the final draft. The fact that his contribution has been able to be used in the published version of the book is something that means a lot to Alfred A. Knopf as a company, and to Bono himself.

8. He Goes Into Detail About His Activism

The book explains in detail about how much his activism has meant to him over the years. He has been involved in campaigning for as long as U2 have been producing music. He is particularly well known for his work supporting those in Africa that have been affected by AIDS. He has also been involved in the Drop The Debt campaign, which called on governments of developed countries to write off the debt they were owed by developing countries. Fans can expect more of an insight into why these causes are important to him, and how he has been affected by the things he has seen while he has been in Africa.

9. It Is Expected To Be A Bestseller

Surrender will be a must buy for all fans of U2. Not only is it a chance to find out more about the songs that they love, but also about the life of the man who wrote them. The book was made available for pre-order on the day that the November release was announced. There is no doubt that the publishers would have been happy with the amount of attention the book had immediately after this announcement. The amount of pre-orders that a book gets usually gives a good indication of how the book will sell once it has actually been released.

The idea for the book first came about in 2015. The LA Times state that even though the book had been planned since that time, no official announcement was ever made. The rumors that a book was being written have been about for many years, but again nothing was ever officially confirmed. Fans would have been waiting for the day that this announcement was made since the day that those rumors began.