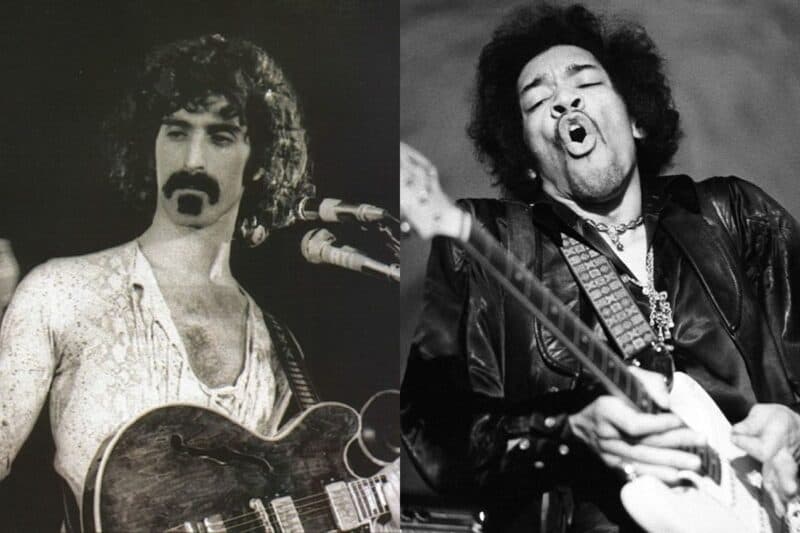 One was the mad scientist of maestros while the other was the sizzling genius virtuoso. On the surface it may seem like an unlikely pair, but Frank Zappa and Jimi Hendrix was a match made in musical heaven. Not only were they ardent admires of each other, but they had a real friendship. Each had his own distinct style and sound, and that’s what drew them together. As leader of The Mothers of Invention, Zappa’s precision as a composer attracted Hendrix. Frank was enthralled with Jimi’s manic virtuosity. While the two only knew each other for shortly over two years, Zappa had plenty to share about his friend Jimi. This is The Zappa Chronicles: Frank talks Hendrix.

Frank and Jimi are both are rightfully enshrined in the Rock & Roll Hall of Fame. Lou Reed inducted Zappa into the Hall of Fame. During his speech, Reed boasted over his “prodigious musical talent”, exclaiming that “Frank was a force for reason and honesty”. Hendrix is described by the Rock and Roll Hall of Fame as “arguably the greatest instrumentalist in the history of rock music”. As the consummate musician, Zappa could appreciate Hendrix on a level that few could. But like everyone else, Frank had his favorites. In a 1993 interview with Playboy magazine, Zappa professed his preferred Jimi jams. “Some of the really good things that Hendrix did was the earliest stuff, when he was just ripping and brutal. ‘Manic Depression’ was my favorite Jimi Hendrix song”.

As the young guitar player first hit the scene, people were mesmerized by his innate ability. Zappa was no exception. Frank recalls seeing Jimi at the Cafe Au Go Go, as reported in Guitar World Magazine from 1987: “I thought Hendrix was great. But the very first time I saw him perform, I had the incredible misfortune of sitting close to him. The Au Go Go in New York City and he had a whole stack of Marshalls. I was right in front of it. I was physically ill. Couldn’t get out; it was so packed, I couldn’t escape. And although it was great, I didn’t see how anybody could inflict that kind of volume on himself, let alone other people. That particular show he ended by taking the guitar and impaling it in the low ceiling of the club. Just walked away and left it squealing”.

Jimi sat in with the band when The Mothers were playing a residency at the Garrick Theatre in New York City. That was the first time Mothers’ drummer Jimmy Carl Black met him. “It was about two weeks before the Monterey Jazz Festival. Actually, nobody knew who Hendrix was in the states at that point. Till after Monterey”, Jimmy says. “But at that time, we were getting ready to shoot the front cover of ‘We’re Only In It For The Money’ and he’s on there. That’s actually him on the cover”. In March 1968, The Mothers released their third studio album, “We’re Only In It For The Money”. Its artwork is an example of Zappa’s glorious satire. The front cover of the album is a direct parody of The Beatles’ infamous cover for “Sgt. Pepper’s Lonely Hearts Club Band” from 1967. Zappa’s version indeed features the real Jimi Hendrix. 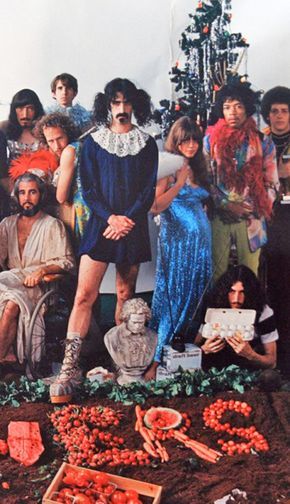 During his short life, Hendrix provided musical memories that will never fade. Musicians love to tell stories about how they played with him, others tell how lucky they were to see him play. Zappa did have a favorite Jimi Hendrix story but typical Frank, it had nothing to do with music. He states, “Jimi came to our house one time with Buddy Miles. We were living in New York. They walked in, said hello, Buddy sat on the sofa and immediately passed out and was snoring. Shortly thereafter Jimi who was wearing green velvet pants demonstrated some sort of intricate dance step and ripped the inside of his pants. Gail (Frank’s wife) had to sew them back up for him. Then when they were ready to leave, Jimi woke up Buddy Miles. He said, ‘goodbye Frank’ and they went out the door”.

Professionally speaking, Frank had grander plans for Jimi’s music. He reflected, “I thought what should be done, since he wasn’t musically literate, he couldn’t write it down himself. That he should be put in some sort of working relationship with somebody who could write his ideas. And have them scored for instruments other than the electric guitar. I think that would have been something worthwhile to do. But no, he was too busy doing other things to ever sit down and take that approach”. But Frank would follow through with his proposal. In 1991, Zappa released the album “The Best Band You Never Heard in Your Life”. The collection consists of live recordings from his 1988 world tour. Some tracks were cover tunes that Frank re-scored for other instruments. One of the highlights is Zappa’s version of Jimi’s 1967 classic “Purple Haze”.

Zappa did not do hard drugs. He was an absolute fiend when it came to coffee and cigarettes, but that was all he was drinking and smoking. He did not endorse the stereotypical “rockstar lifestyle”, partly because he thought it was stupid but primarily because it hurt the music. Frank once famously quipped, “When I’m working on music with other musicians, like, say, practicing for a tour, I keep very strict standards: no drugs”. When asked about drugs regarding Hendrix, Zappa put it like this, “I knew Jimi. I think the best thing you could say about Jimi was: there was a person who shouldn’t use drugs”.

Frank Zappa knew Jimi was special from the very beginning. Only a year after meeting him, Zappa explained it to Life Magazine. During the 1968 interview, Frank states, “Hendrix is one of the most revolutionary figures in today’s pop culture, musically and sociologically. Hendrix’s music is very interesting…In a live performance environment, it is impossible to merely listen to what the Hendrix group does… it eats you alive”. Unfortunately, it was Jimi who was eaten alive by the rockstar lifestyle. Hendrix died in 1970 of asphyxia while intoxicated with barbiturates. He was 27. Zappa passed away in 1993 due to cancer at the age of 52. Both live on as two of the most important musical artists of all time. 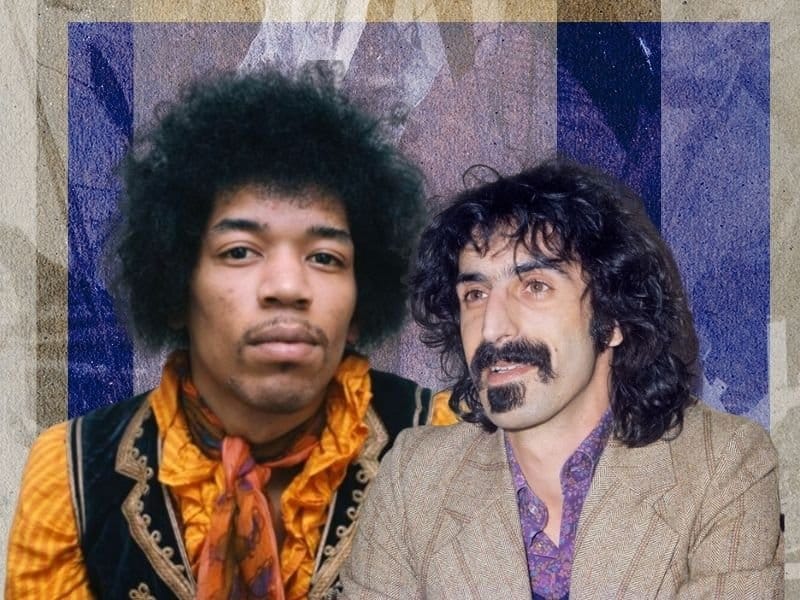 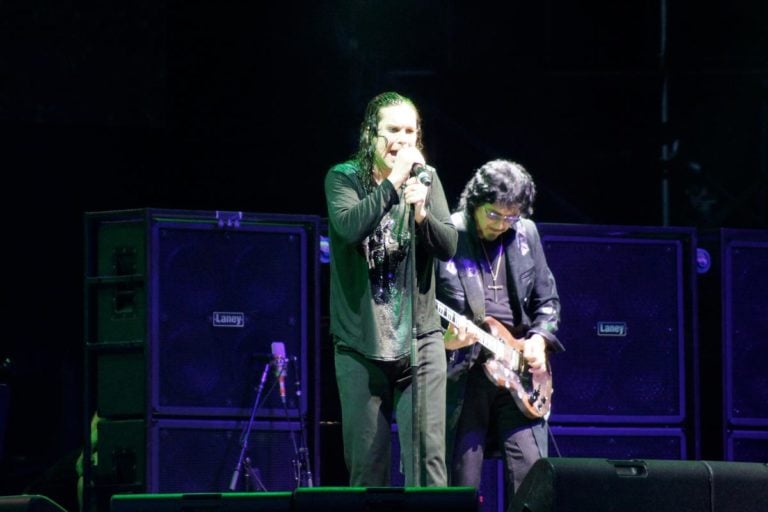