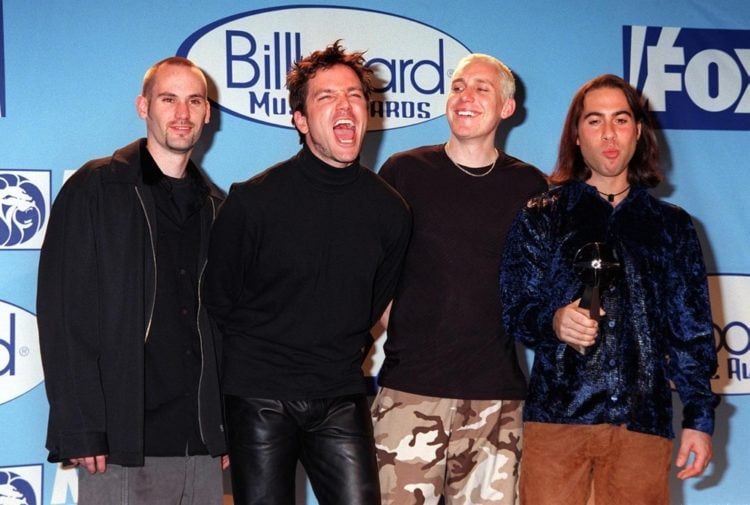 Third Eye Blind is a rock band formed in the 90s that has experienced significant modifications in its members. The pioneer members are Kevin Cadogan and Stephan Jenkins. Since then, they have recruited new members as others left. They have so far released seven albums to their devoted fans. Below is a list of their albums ranked from the worst to the best.

After releasing Dopamine, the Third Eye blind had an upsurge in their productivity levels. They were now ready to release another album. The album contested the Republican Party’s stand on LGBT rights and science. Screamer featured collaborations from other artists where the opening track featured Sleigh Bells’ Alex Krauss. Marijuana Deathsquads’ Ryan Olson came in for “Who Am I.” Polica dropped in to feature in “Got So High.” The album contains 12 tracks, with the majority being collaborations. Smashing Pumpkins’ Billy Corgan is the albums’ musical advisor. Jenkins reached out to him to help them shape their songs. Billy’s prowess majored in on the track “Light It Up” and some parts of “Who Am I.” The album has a unique route from the other albums. Screamer has more polished and rougher lyrics to tackle escalated political and civil advocacy.

After the success of Screamer, the band had tours but cut them after the COVID-19 pandemic. The band dropped their latest album on 24 September 2021. They released “Again” a while before releasing the song. On yet another album, Jenkins’ writing and vocal prowess came to be. The tracks speak of the bands’ yearning for the normalcy of life away from the pandemic. The nine songs in the album represent their fresh notes. Just like the Screamer, they included collaborations. Best Coast’s Bethany Cosentino came through for “Again.” Polica, Ryan Olson, and Jeff Schroeder made memorable appearances. The album’s early track, “Goodbye to the Days of Ladies and Gentlemen,” reveals the band’s resilience. It reminisces pre-COVID-19 times of partying and intermingling.

Just like the previous albums, Dopamine takes the same sound pattern. However, it had a mixture of alternative rock and power pop this time. Exiles and All These Things bring about the band member’s vocals rather than matching their voices. Jenkins shows his writing prowess added up to production and sound quality. The album’s style makes it a central selling point. The first songs pump up the high intensity before it slopes to easy songs. Everything Is Easy gives the album enough drift to reach the end. The killer lyrics backed with excellent guitar and Jenkins make you listen to the ninth song. The six-year wait between Dopamine and Ursa Major meant Third Eye Blind had to impress their fans. While the album is not a challenger for the finest album, it spells out their excellence. Dopamine makes you wish to listen to it for a long time.

The band intended to release another album in 2007 but felt the album was incomplete. They named the album The Hideous Strength in the first phases derived from Lewis C.S’s book. They adopted a new name to describe their newfound psyche for success. The original album has twelve songs and two new songs that you can download on iTunes. The opening track “Can You Take Me” comes with melodious guitar from Tony Fredianelli. You will notice more of Fred on this album than the other albums he has featured. The band gives their fans a new wave of music to sing along to. “Don’t Believe a Word” comes out as a political cry with excellent voice backs. All songs in this album have a way of bringing out individual excellence in the band members.

After falling out with Kevin Cadogan, the band had to prove that they could make it without him. Under the management of Stephan Jenkins, the band made it out to be the best mainstream post-alternative band. The charismatic values of Jenkins proved lethal, but the band missed Cadogan’s sharp-hitting hooks. The band planned an EP to release “Slow Motion,” which had cut the previous album. After struggles, they differed from releasing the album to 2001. Jenkins then isolated to concentrate on writing pieces for their soon-to-come album. On the album’s opening track, “Faster,” Jenkins shows his prowess with poetic and catchy lyrics. ‘ Blinded’ and ‘Misfits’ are other songs in the album that add the incredible tune of the acoustic guitar. “Self Righteous” featured the ever-green vocalist Kimya Dawson. “Good Man” makes Jenkins flexible by switching, rapping, and singing. The album received overwhelming support from its fans.

In the 90s, post-grunge rocks ruled the airwaves; many bands came up. Third Eye Blind worked on the same principles and came out victorious. However, most of these bands fell apart when Third Eye Blind released their second album, Blue, in 1999. Blue did not leave a big impression on the many fans like the previous album; it only impressed their die-hard fans. While they were working on this album, they fell out with Cadogan. Blue breathed new air of severe and sad music with some excellent hooks. They strained on slow music on this album but made them sound more confident. The album’s highlights come in “Never Let You Go,” “Anything,” “An Ode to Maybe,” and “Wounded.” On these tracks, their vocal prowess sounds natural and enticing. This album stamped their authority above their grunge rock peers.

Their debut album majored in identifying their niche in the broad pop-culture market. The band released Third Eye Blind on 8 April 1997. The band saw a need to highlight their major struggles in the industry and their lives. They talked about drug addiction, ties, suicide prevention, and their experience from signing to a major recording label. The initial standard track album has 14 songs with one Japanese bonus. For their 20th album anniversary, they released two new CD albums, one with demo and recordings and the other fourteen songs. They sort for the wittiest name for their debut album and the band name. The Third Eye Blind draws from the metaphor third eye. On this debut album, they chose Shandra Boatwright to illustrate their identity in the rock industry. The band banked on grunge influences to reveal a lot about them. Third Eye Blind has catchy choruses and lines more than the average post-grunge albums. They tow the hook-laden pattern of conventional rock music, making the album more intrusive.