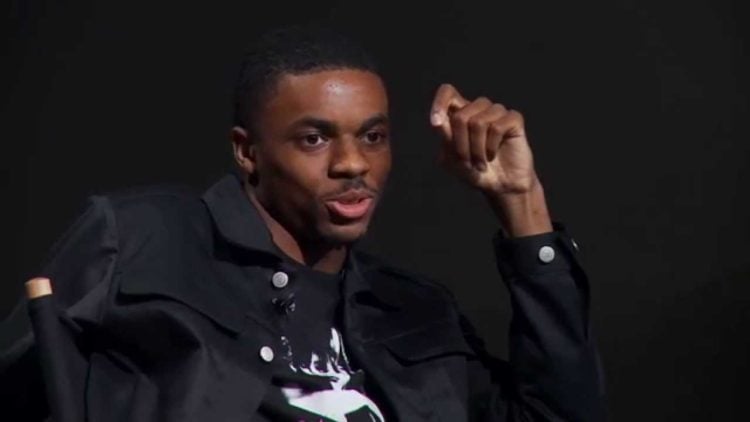 Born and raised in California, Vince Staples is one of the latest rappers to represent Long Beach. When he started rapping over a decade ago, he knew that there were stories he wanted to share with the world. Now, after releasing four studio albums, Vince has become one of the most well-respected rappers of his generation, and he’s nowhere near finished yet. As he continues to grow in his craft, it’ll be interesting to see which direction he decides to head in the years to come. If you’re a hip-hop fan and you haven’t heard his music just yet, he’s definitely someone you want to think about adding to your playlist. Keep reading to learn 10 things you didn’t know about Vince Staples.

1. He Doesn’t Listen To A Lot Of Music

Since Vince is a musical artist, most people would assume that he grew up listening to a lot of music, or, at the very least, he listens to a lot of music now. However, neither of those things is the case. While talking to Interview Magazine, Vince shared that he didn’t listen to a lot of music when he was growing up because he didn’t have access to an iPod. Even though he now has access to as much music as he wants, he still doesn’t listen very often.

Making music isn’t the only way Vince puts his vocal abilities to good use. Vince is the voice of the title character in the animated series Lazor Wulf and he also voiced a character in American Dad! There’s a good chance we’ll see him do even more voice work in the future.

As a creator, making music might be Vince’s primary form of self-expression, but as a consumer, he’s always been drawn to the visual arts. He loves sculpting, painting, and photography and is especially drawn to the work of Richard Prince and Louise Bourgeois.

4. He Doesn’t Drink Or Smoke

In a lot of people’s eyes, drinking and smoking are both synonymous with the hip-hop community. However, Vince Staples is proof of why you should never stereotype people. He does not partake in alcohol or drugs and as far as we know, he never has. Vince also follows a vegan diet.

5. He Likes To Give Back To The Community

Vince has worked very hard to get where he is and he hopes that he can use his success to help others. Throughout his career, he has made it a point to give back to people in need. He has worked with the YMCA in North Long Beach as well as Hamilton Middle School which is also in Long Beach.

6. Family Is Important To Him

Vince comes from a close-knit family and those relationships continue to be important to him. In addition to his parents, Vince was also raised by his grandparents. Even though life wasn’t always easy for him, he already knew that he could lean on his family.

7. He Appreciates The Simple Life

Now that Vince has achieved a good level of success, people probably expect him to move to a wealthy area, but that simply isn’t his style. He told Interview Magazine, “I’m really simple and I came up simple. My parents and my grandparents taught me to just be yourself, no matter what. My friends never tried to get me to drink, or do drugs, or go do something I wasn’t trying to do myself. So I think that carried over to my professional life.”

8. He Wants To Do More Than Rap

As of now, it’s clear that Vince has been focusing most of his attention on rapping. However, that might not always be the case. In due time, he hopes to explore other areas of the entertainment industry. One day, we might even see him do some scriptwriting. Overall, he’s down to do anything as long as he can do it with integrity.

9. Being Authentic Is Important To Him

Plenty of rappers talk about things they’ve never actually experienced in their songs, but Vince has no interest in being that type of artist. Vince doesn’t just want to tell stories in his music, he wants the stories to be true. Being honest in his work is one of his top priorities.

When Interview Magazine asked Vince about his favorite movie, he shared that it was the 1985 classic, Back to the Future. He added, “I really like watching white people travel through time. I don’t know why.” This is especially interesting considering he’s a a part of the Odd Future collective.