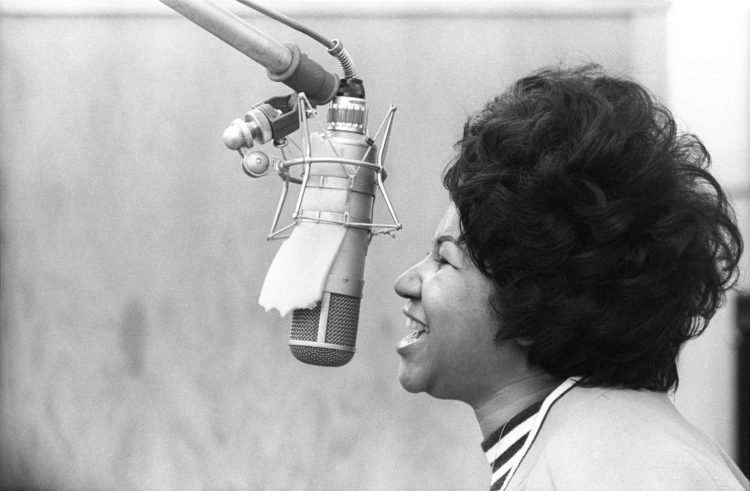 It is easy to understand why the Beatles are such an attractive option for other artists to cover. Generally speaking, their songs are complex but not overly complicated. Their lyrics, almost seamlessly brilliant, are witty, charming, and cerebral. But most of all, the tunes are hypnotically melodic. And it certainly does not hurt that the songs are already a proven commodity. However, some of the most exciting and creative interpretations from the band’s sacred songbook have come from female singers. This was particularly true during the decade immediately following their breakup. Here are five essential Beatles covers by women artists from the 1970s.

This classic song was a bit of a departure for the Beatles. The melancholy tune was released in 1966 as a double A-side with the whimsical “Yellow Submarine”. “Eleanor Rigby” belongs primarily to McCartney who drew his inspiration for the song from the lonely old ladies he met in his post WWII neighborhood as a child. The dramatic rhythm serves the sorrowness of the song and is intensified from producer George Martin incorporating a chilling double string quartet arrangement.

Aretha’s version was included on her 1970 album “This Girl’s in Love with You” and is wonderfully different from the original. For one thing, Franklin sings the song in the first person, brashly exclaiming, “I’m Eleanor Rigby, I’m keepin’ my face in a jar by the door”. Another aspect that departs from the Beatles’ departure is the faster tempo and upbeat style. Where McCartney’s tune can feel like a wake in a stuffy old English cathedral, Aretha’s gives the feel of a rowdy jazz funeral precession through the streets of New Orleans. Gone are the morbid strings and macabre chorus, replaced with a rollicking piano groove and the intense tones of a soul goddess. She is the Queen after all.

It is the title track from the last album the band released, written, and sung by McCartney. According to Paul, he was experiencing a good deal of turbulence in his life when his deceased mother spoke to him in a dream, telling him “It’s gonna be okay. Just let it be”. He immediately woke up and put pen to paper. The song, with its elegant piano and heartfelt lyrics, is considered a sincere masterpiece. It is the fifth most covered Beatles song.

Gladys Knight lends her rich and textured voice to this pop staple. With smooth backing vocals from the Pips, this version intensifies the true good natured dynamic while not losing the original tender sentiment. It also serves as a fantastic vehicle for Knight’s incredible range, showcased flawlessly with the characteristic fluid Motown sound. The feel of the song is similar, but the feeling is marvelously accentuated.

One day in the spring of 1969, George Harrison was fed up with attending business meetings for the band, so he decided to spend the morning with his friend Eric Clapton at his country estate. As the two virtuosos strolled around the garden strumming guitars, George was overjoyed not to be in the office and that the long, harsh British winter was over. Eric left to check the status of lunch and when he returned, Harrison said that he had written a new song. It was called “Here Comes the Sun”. Released on the “Abby Road” album later in the year, the song endures as one of George’s most accomplished compositions.

In 1971, the revered soul crooner decided to record a cover album of recent hits. Nina Simone was notorious for her ability to adapt songs and infuse her unique style. “Here Comes the Sun”, which is also the name of the album, is a beautiful example of that. Unlike the Harrison original, Simone’s version is piano driven and is a more deliberate delivery. Nina’s dynamic sense of timing gives the song an appreciated dramatic effect. One can hear the exhaustion in her unmistakable voice, but it effectively serves the song. Her intoxicating southern drawl puts the listener both on edge and at ease. She is singing Harrison’s words, but the sentiment is her own. This is not Nina Simone covering the original artist’s song, this is a Nina Simone original.

Aretha was a huge Beatles fan. She also had the ability to cover any song and essentially make it her own. By the early 1970s, the recordings of the Beatles had become a regular adornment on her albums. For her Grammy Award winning album, “Young, Gifted and Black”, she decided to cover “The Long and Winding Road” from the band’s “Let It Be” album. Her cover of “The Long and Winding Road” was released in 1972. In 2018, Rolling Stone magazine called Aretha’s version “the best Beatles cover of all time”.

Recorded in 1966, “For No One” was written by McCartney after yet another argument with his then girlfriend Jane Asher. The somber tune is considered one of Paul’s first great ballads. Rob Sheffield of Rolling Stone magazine referred to “For No One” as the “ultimate ‘you stay home, she goes out’ break-up song.”

Nine years after the original was released, an up-and-coming country/folk artist decided to include it on her second studio album. Emmylou Harris provides a deeper level of grief to Paul’s tragic tale. The tempo is slowed, and Harris does a great job extending the notes for a more dramatic effect. A wonderfully heartfelt and terribly heartbreaking rendition.