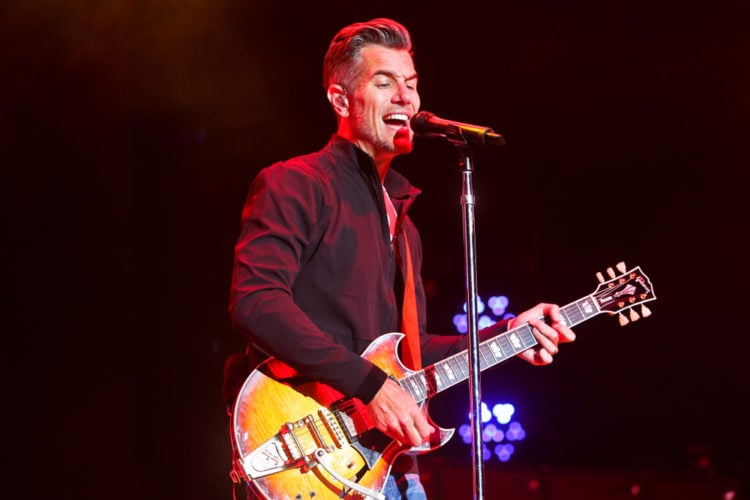 There aren’t a lot of bands that can claim to have been successful for three decades and counting. However, 311 is one of them. For those who are unfamiliar, this band is a rock band from Omaha, NE, which is notable for incorporating elements of rap, funk, and reggae in their music. They aren’t as well-known as some of the other bands that can be found out there, but they are still up there. After all, 311 has managed to sell millions of albums in the United States, which wouldn’t have been possible without a dedicated fan base built up over time.

Don’t Tread On Me was 311’s eighth studio album that came out in August of 2005. It was interesting in that it put more emphasis on reggae elements, but it was rather mediocre on the whole. As such, Don’t Tread On Me sits here on this list.

There was a considerable gap between Uplifter and its immediate predecessor Don’t Tread On Me. Unfortunately, while 311’s ninth studio album has some strengths, it has some serious weaknesses as well. For example, its lyrics weren’t very impressive. Similarly, it was too soft for a lot of listeners.

Universal Pulse is on the shorter side of things. Moreover, some of the songs seemed as though they were rushed out before they were ready. Universal Pulse isn’t bad, but this combination means that that it feels less substantial than it could have been.

Voyager is 311’s most recent studio album, having been released in 2019. It has some good songs. Unfortunately, most of its content can’t quite live up to the expectations set by those songs.

Evolver is a fitting name. There is a strong sense that 311 was seeking to take their music in a new direction, which was successful on more than one song. The issue is that there is also a strong sense of the dissatisfaction that drove the band towards that decision. Something that doesn’t make for particularly good listening.

Stereolithic isn’t the most innovative release ever. However, that isn’t necessarily a bad thing. Everything on Stereolithic might have been done by 311 before, but it is that exact experience that has enabled the band to do them quite well on this release.

The 1990s were a time when the thought of someone combining rock, rap, funk, and reggae was much stranger than it is now. Still, 311 managed to do it surprisingly well on Grassroots. Their sound on their second studio album wasn’t as mature as their later efforts, but even then, it showed a fair amount of promise.

Speaking of which, 311’s debut studio album would be Music, though it was far from being their first release ever. In any case, the band had a clear idea of what they wanted to do even at that point in their career. However, if there was an issue, it was that they hadn’t quite mastered how to do that at that point in their career. Still, Music packed a lot of enthusiasm, which was enough to see 311 through a whole host of complaints.

Soundsystem has been considered by some to be the product of vacillation between the two different directions in which 311 was being pulled by their music in the late 1990s. As such, it is energetic in some places and experimental in others. Regardless, Soundsystem is a solid effort that did a great deal to pave the way for the 311 releases that followed in its wake.

From Chaos was the studio album that followed Soundsystem. It was a wide-ranging release. Something that enabled From Chaos to reach out to a wider audience than otherwise possible. Thanks to that, it can be considered one of the better studio albums to have been released at around the turn of the millennium.

Mosaic came out in 2017. As such, it benefited a great deal from 311’s expertise and experience built up over the course of a long career. However, Mosaic was able to stand out by going beyond expectations, thus enabling it to secure a position as one of 311’s more memorable releases.

Amusingly, 311’s self-titled studio album has what a lot of people consider to be the band’s iconic sound, thus making it well-named to say the least. Besides this, it also managed to stand out because it was released in 1995, meaning that it was going up against a lot of grunge and grunge-inspired rock in the market. Something that enabled it to make a stronger impression than otherwise possible, which is particularly fun because 311 did so by being their chill selves.

Transistor can be a bit divisive. As such, there are some people who rank it very highly as well as those who would put it somewhere much further down. The latter have plenty of critical company, seeing as how Transistor was panned upon release for being too long and too indulgent. Still, the studio album has plenty of nuance packed into it, with the result that it can become more and more interesting with repeated listening. Thanks to that, Transistor has managed to build up its following over time, thus enabling it to become one of 311’s most beloved releases in the present time.