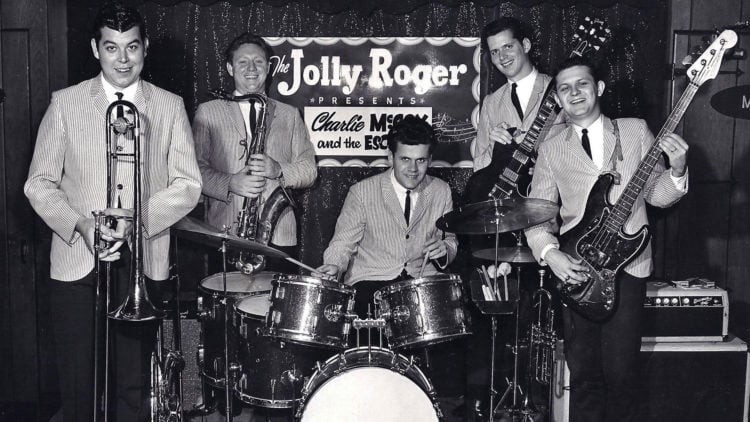 Nashville, Tennessee, also known as “Music City”, is where singers and bands go to make hit records. Pure and simple. It has been that way for nearly a century. One main reason is because of the legendary aptitude and amazing ability of Nashville’s session musicians. The session players are habitually anonymous and consistently brilliant. But even among the legends of the Nashville recording scene, Charlie McCoy is legendary.

Charles Ray McCoy was born in 1941 in Oak Hill, West Virginia; the same town where Hank Williams died. Charlie’s family eventually settled in Miami, Florida. At eight years old he started playing harmonica. He ordered his first one out of a comic book. It cost him 50 cents and a box top. 68 years later, McCoy published his autobiography. It is called “50 Cents and a Box Top”. After Charlie started on harmonica, he then took up the guitar. By the age of 16, he was one of the hottest live acts around Miami and had become proficient on a multitude of instruments. In addition to harmonica and guitar, McCoy has professional session credits for electric bass, mallet percussion, organ, trumpet, sax, and tuba. Also, some specialty instruments including car keys.

At age 80, Charlie is still going strong today. He is also still very much in demand in the studio. After all, the recording studio has been his ideal working environment for over 60 years. The first time McCoy came to Nashville was in 1959 at the age of 18. He auditioned for Chet Atkins and Owen Bradley as a singer. He was turned down. But Bradley invited the young musical savant to attend a recording session. “I didn’t even know what he was talking about” McCoy stated, but “I went to the session because I didn’t have anything else to do”.  As soon as Charlie heard the first playback, he remembers, “my whole life changed…And I said, I don’t want to be a singer. I want to do this. I wanted to be a studio musician”.

By 1961, McCoy was trying to establish himself as a full time Nashville session player. He was taking jobs making demo recordings to earn a living. In May of that year, Charlie was contacted by Chet Atkins. The same Chet Atkins who rejected McCoy as a solo artist a few years earlier. Atkins was a fixture in Music City’s recording epicenter known as “Music Row”. On this occasion, Atkins needed something fresh and original on the harp (harmonica). Charlie was the ideal candidate because his playing contained a neoteric and unique perspective compared to most of the Music Row stalwarts. As a young musician, he was heavily influenced by the revolutionary blues harp player Little Walter, but McCoy certainly carved out his own sound. Charlie has a signature style that harmonica scholar Kim Field says is “distinguished by its speed, precision, clarity, and unerring phrasing”. 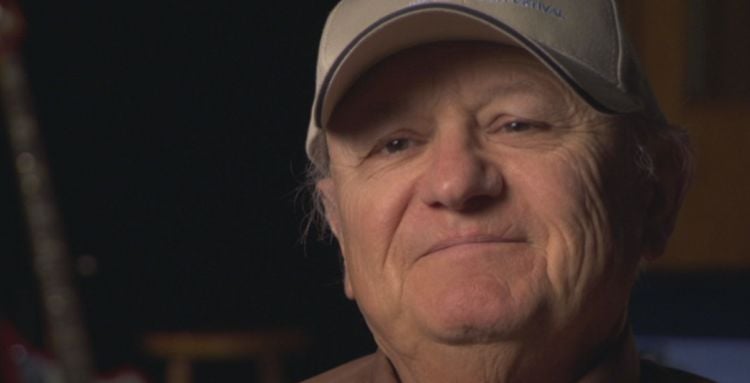 The job that Atkins proposed was a session with a young female singer named Ann Margret and, according to McCoy, “That’s where it started”. Shortly after the Ann Margret session, producer Fred Foster came calling. Foster recruited Charlie for some harmonica work for the song “Candy Man” by Roy Orbison. He was paid $49 for the session but it would prove quite beneficial in the long run. As Charlie says, “It got Roy another hit and me a career”. Suddenly McCoy was a hot commodity on Music Row.

Charlie continued a steady session schedule for the next several years recording with such legends as Patsy Cline, Quincy Jones, Johnny Cash and Elvis Presley. Then in 1965, a chance New York encounter changed the Nashville recording landscape forever. McCoy was in New York City on vacation when old friend and Columbia producer Bob Johnston invited him up to the studio. Johnston happened to be in the middle of a session at the time and the artist invited Charlie to sit in on guitar. The artist was Bob Dylan.  He was recording an acoustic guitar epic called “Desolation Row” for the album “Highway 61 Revisited”. Dylan needed a professional picker to complete the ballad and Johnston thought McCoy was perfect. The song was over 11 minutes long. McCoy, Dylan and bass player Russ Savakus recorded it in two takes.

Dylan was impressed with McCoy’s skill and efficiency. As a result, Johnston recommended that Dylan record his next album in Nashville. Dylan agreed. Actually, the next four Bob Dylan albums were recorded in Nashville; and Charlie appeared on all of them. After Dylan came to Music Row, some of the most popular musical acts of the era followed. The rest of the 1960s and 1970s saw an intense influx for Nashville recording and produced some of the greatest songs of all time. During this period, Charlie averaged over 400 recording sessions a year.

In 1972, Fred Foster persuaded Charlie to record a solo album on his Monument Records. The label was so impressed by McCoy’s version of the Merle Haggard tune “Today I Started Loving You Again” that they decided to release it as a single. The song sold 750,000 copies and climbed to number 16 on the Billboard country charts. Charlie’s next two albums released on Monument Records, “The Real McCoy” and “Good Time Charlie”, both went to number 1 on the Billboard country charts and won Grammy awards. To date, McCoy has released 37 studio albums as a solo artist. 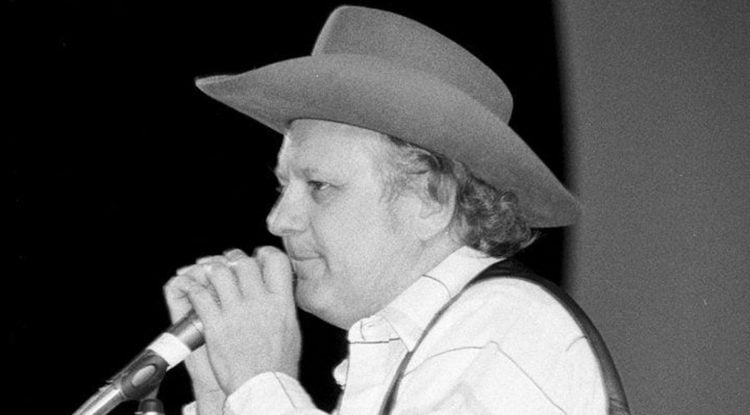 In addition to recording his own albums and touring the world for live performances, Charlie has also made his mark in television. Most notably as the musical director for the star-studded syndicated television series “Hee Haw”. But McCoy has made his biggest impact as a session musician. As country music historian John Rumble puts it, “Charlie is the ultimate session player”. McCoy has supported some of the most influential artists of all time and can be heard playing a myriad of instruments on numerous landmark recordings. For example, Charlie played the baritone sax on “Pretty Woman” by Roy Orbison, trumpet on “Rainy Day Women Number 12 and 35” by Bob Dylan, percussion on Lynn Anderson’s “Rose Garden”, organ on Elvis Presley’s “The Next Step is Love”, and bass on “Lay Lady Lay” and “All Along the Watchtower” – both Dylan classics. The harp though is McCoy’s first love.

When it comes to the harmonica, there is simply no session player that is more highly regarded. According to Rumble, “He, more than anybody, set the benchmark for the harmonica in the recent history of country music. You think of harmonica, you think of Charlie McCoy.”  Charlie’s distinctive harp is found on sessions that include Simon and Garfunkel, Blake Shelton, Willie Nelson, Dolly Parton, Steve Miller Band, Jerry Lee Lewis, and Ringo Starr. McCoy also provided harmonica for the song “He Stopped Loving Her Today” by George Jones. “It was the least I’ve ever played on a record, and probably the best…I’m real proud of that”, said Charlie. “He Stopped Loving Her Today” won 1980 Single of the Year and is routinely considered the greatest country song ever recorded.

Charlie is the definition of a musician’s musician. To say that he is one of the most revered musicians in the recording industry is putting it lightly. By his own estimation, he has done more than 12,000 recording sessions. He is a seven-time Academy of Country Music Instrumentalist of the year for Specialty Instrument, a CMA Instrumentalist of the year, member of the International Musicians’ Hall of Fame and a 2009 Country Music Hall of Fame Inductee. Charlie has received almost every accolade that any professional musician could ever hope for; and accomplished more than most would ever dream to. However, his recognition is merely residue of his greatness. It was never something McCoy needed or wanted. “I’m perfectly happy to be anonymous doing sessions,” he once stated. “When I decided I was going to be a studio musician, I knew that was part of it — and I didn’t care.”

Some artists are considered legends due to their ability. Others earn that designation due to their body of work. In the case of Music Row’s resident legend, both definitions apply. “This is what I do,” Charlie says. “My head and my heart need it…And as long as the man in the mirror is proud of what I do, I’ll keep doin’ it”. The job of the session musician is to accommodate the artist but above all, serve the song. Charlie McCoy has served some of the greatest songs ever recorded. He may not be listed as the artist, but they wouldn’t exist without him. 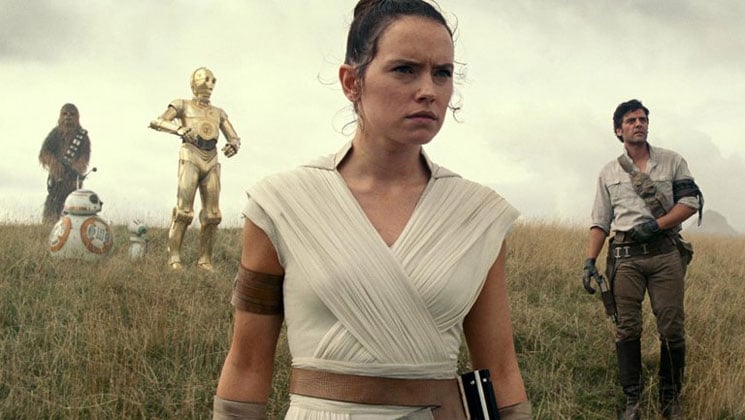 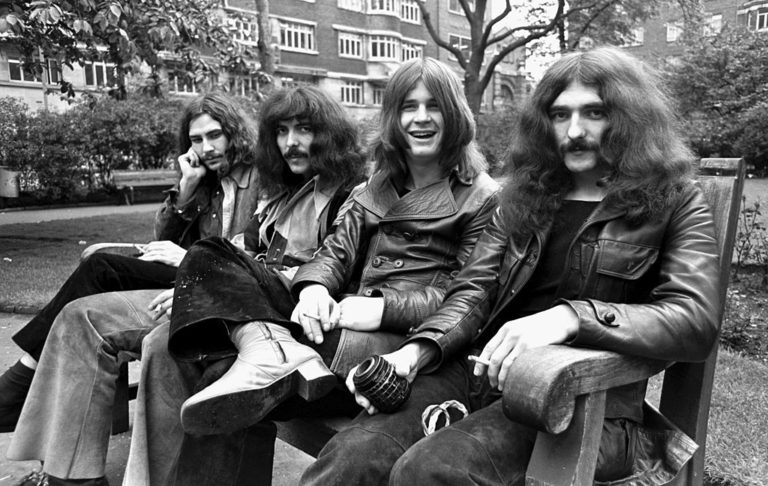