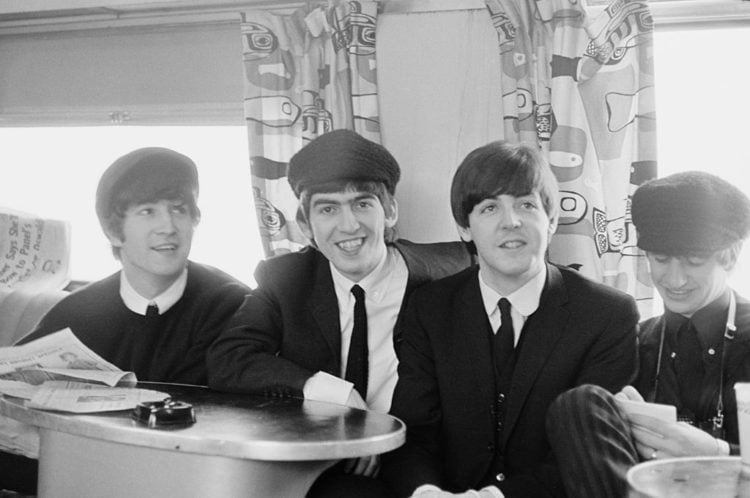 Over 50 years since Paul McCartney, John Lennon, George Harrison, and Ringo Starr last came together in the recording studio, their music is still as loved as ever. The Fab Four may have defined the ’60s, but they never became a relic of the decade. Their albums still sell, their songs still inspire, and their songwriting genius still makes lesser talents weep. These, the 10 best Beatles albums of all time, are why.

These days, bands go for years between albums. Back in the ’60s, things were different. After releasing their debut album Please Please Me in March 1964, the Beatles wasted no time in getting stuck into the ‘difficult second album.’ Recorded in snatched moments between frenetic touring commitments, the album was released in November of that year to huge commercial success. While by no means perfect, it’s a more confident offering than its predecessor, even if it lacks the big-hitting singles.

Sure, the film was a disaster, but the compilation soundtrack was a tour de force, with enough flashes of pure genius (I Am The Walrus, Penny Lane, All You Need Is Love) to forgive even the lousy movie it accompanied.

Help! is a mixed bag, with an equal number of doozies and gems. But where it’s good (McCartney’s country-tinged I’ve Just Seen a Face and Lennon’s Bob Dylan– inspired You’ve Got to Hide Your Love Away, for example), it’s very, very good indeed. McCartney’s sentimental Yesterday gets most of the glory, but it’s Lennon’s desperate and very sincere cry for help on the titular track that steals the show.

As faroutmagazine.co.uk points out, the Beatles may have recorded their debut album in just 13 hours, but the frenetic pace didn’t diminish the strength of the album one iota. If anything, it helped, infusing tracks like Twist and Shout and Love Me Do with the effervescent energy that had made the band such a popular live act. They’d end up making better albums, but as first efforts go, it’s outstanding.

By 1964, Beatlemania was at its peak. The band, having yet to discover the joys of mind-altering substances and sitars, were still banging out album after album of pop gold. A Hard Day’s Night is the Fab Four at their fabbest. Fresh, lively, and very youthful, it showcases Lennon and McCartney coming into their own as songwriters. Lennon took the lead, penning standout songs like I Should Have Known Better, I’ll Be Back, and the titular track. McCartney’s contributions don’t go amiss though, with And I Love Her, Can’t Buy Me Love and Things We Said Today all being particularly lovely. It was the band’s most sophisticated album to date, and one that, somewhat predictably by that stage in their career, sailed straight to the top of the charts.

As The Independent writes, the White Album was recorded at a time when internal conflicts within the band were reaching boiling point. The tensions are obvious from the result, with much of the album sounding the product of four very different people with four sets of very different ideas. But despite the lack of cohesion, it’s brimming with some of the greatest songs the band ever recorded. Comparing McCartney’s Blackbird and Back in the USSR to Lennon’s Julia and Dear Prudence is like comparing night and day: each is beautiful, although whether they all belonged on the same album is another question entirely.

As Rolling Stone writes, despite being recorded over the course of a month, Rubber Soul was the first album the Beatles recorded all at once, as opposed to cutting various songs whenever they could snatch a break from touring. The result is a huge step forward, with a new sophistication. a new cohesion, and some extraordinary writing from Lennon and McCartney on the likes of Norwegian Wood (This Bird Has Flown), I’m Looking Through You, and the enduringly sublime In My Life.

By the time they came to record Sgt. Pepper’s Lonely Hearts Club Band, the Beatles had given up touring and for the first time, were able to devote themselves entirely to the studio. The result isn’t the masterpiece it’s often proclaimed to be (no album with a song like Being for the Benefit of Mr. Kite! could be that) but it’s still exceptional, and a masterclass in experimentation. Guiding the rudder is George Martin, who asserts his 5th Beatles status with some insanely good arrangements.

Long overshadowed by the simple pleasures of Sgt. Pepper, Revolver has mellowed and matured like a fine wine. It might be more complex than the band’s earlier offerings, but its scale and ambition are impossible to deny. By that point in their careers, the Beatles were dabbling in everything from eastern spirituality to psychedelia and mind-bending hallucinogenics, all of which are apparent on the stunning eclectism of the album. Keeping it all together is the insanely masterful George Martin, who was at the very peak of his powers here. It might not be as approachable as Sgt. Pepper, but artistically, it’s the superior of the two.

Let It Be may have been the last album the Beatles released, but Abbey Road was the last album they recorded. As the Independent says, it’s definitive proof that the band broke up at the absolute height of their powers. Knowing that Abbey Road would be their final farewell, they set aside their differences, got their heads down, and set about creating a masterpiece. It’s as close to perfection as they ever got, with even Ringo proving his worth in the songwriting department with Octopus’s Garden. Every song is magnificent, from Harrison’s gorgeously gentle Here Comes The Sun and equally sublime Something to Lennon’s acerbic Come Together and McCartney’s appropriately titled The End.