After the band’s latest album “Dystopia”, they will go on a worldwide tour for promotion. They were won the “Best Metal Performance” category prize at the 2017 Grammy Awards. MEGADETH members also working on some new music in time, especially for the upcoming new album.

However, in 2019 the band’s frontman Dave Mustaine posted on his social media accounts because of his throat cancer diagnosis. After 5 months of his diagnosis, Dave Mustaine was told he was cancer-free last year.

During the interview on “The Five Count” radio program, Dave Mustaine talks about the MEGADETH upcoming new album:

“I’m a little tired, but I think that comes with the territory. When we started this record, I was sick and I didn’t know it. But I’d been going through a lot of stuff. And then, during the course of the [making of] the record, we did a brief tour where I went out and did the Jimi Hendrix Experience, and that’s when we found out I had cancer. And I did my treatment, beat it, got it behind me. There were a couple of other places that they found cancer, and they cut it out.

So I’m fine right now. I’m back in training and back to playing. And we’ve got, I think, probably one of the most ferocious records we’ve done since ‘Rust In Peace’. David Ellefson, he’s a pretty good barometer of things, and when he did his bass parts, he went, ‘Man, my arm is killing me. I can’t believe this.'”

“We set out to do this last record because we’re all kind of getting a little older and we’re set in our ways and our families and staff. One guy drummer Dirk Verbeuren lives in the California region, another guy Dave Mustaine lives in Tennessee, another guy David Ellefson lives in Arizona, and Kiko Loureiro, guitar lives in fucking Finland. I mean, not ‘fucking Finland,’ but in Finland.

Excuse me for the language there. I’m a little bit bothered about having to fly my guitar player from Finland. Anyway, so we figured when we got together, what are we gonna do? ‘We’ve got one record left that we owe the record label. And let’s just go in there and write.’ So we wrote and wrote and wrote and wrote and wrote. And then I got the all-clear from the doctors, and today, I’m actually going over to start getting vocals down, because I’m getting ready to start singing.”

We heard some insight from the unknown sources says, MEGADETH will release their new album in 2021 when they also tour with LAMB OF GOD, TRIVIUM, and IN FLAMES bands. 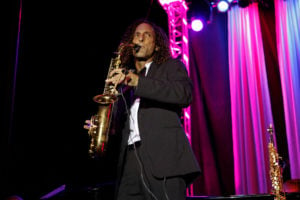