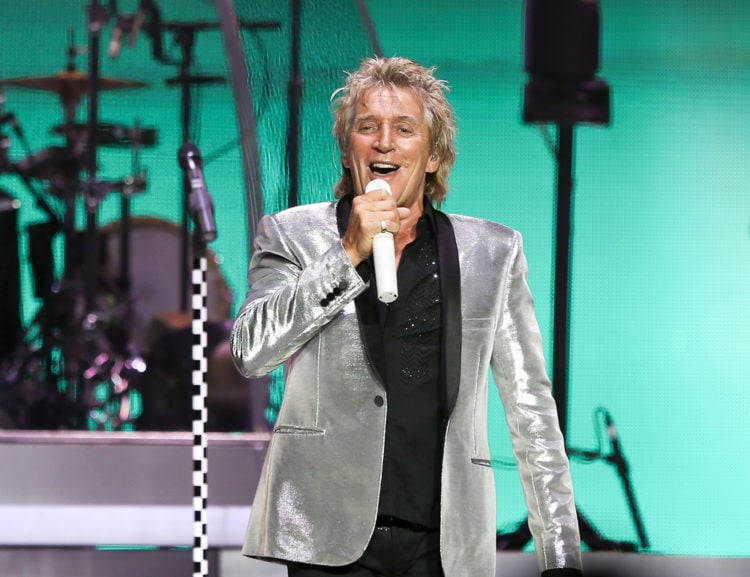 After coming to fame with the Faces, Rod Stewart branched off as a solo artist. His first couple of solo projects were overlooked, but eventually, people began to embrace the riffs, the rasp, and that signature mullet. Over 50 years later, he’s one of the best-selling artists of all time, with a massive 250 million album sales under his belt. Not all of his albums have been inspired, but dig through his discography and you’ll find enough gems to satisfy even the most discerning listener. Here’s how we rank all 32 Rod Stewart albums from worst to best.

32. Thanks for the Memory: The Great American Songbook, Volume IV

In 2005, Stewart released the fourth album in the Great American Songbook series. Unfortunately, it didn’t really add much to the collection. As All Music says, it’s very nearly impossible to tell the difference between Thanks for the Memory: The Great American Songbook, Volume IV and the first title in the series. Predictable to the point of laziness, this is one for die-hard fans only.

By the third title in his Great American Songbook collection, even Stewart sounds bored. Like the previous volumes, the album is built around the idea that Stewart’s vocal gifts are suited to the great American popular songbook. They aren’t – blues, folk, and rock and roll is where Stewart is at his best. Here, that legendary rasp just sounds pained.

30. Still the Same… Great Rock Classics of Our Time

Stewart’s first album after the Great American Songbook series was 2006’s Still the Same… Great Rock Classics of Our Time, a collection of 13 rocks standards dating mainly from the 70s. Stewart has always been an excellent interpreter, but here, he doesn’t add anything new to the originals, resulting in a lackluster album and some very forgettable songs.

29. As Time Goes By: The Great American Songbook, Volume II

In 2012, Stewart released his first-ever Christmas album, Merry Christmas, Baby. It was a top ten hit in numerous countries, including the US, UK, Canada, and Australia. Critically, it failed to hit the mark. It’s not a travesty, but it lacks any real sense of festive spirit or fun.

27. Fly Me to the Moon… The Great American Songbook Volume V

Once in a Blue Moon was never exactly the Holy Grail for Rod Stewart fans. It wasn’t an album that anyone knew was “lost” and it certainly wasn’t an album that turned the world on its head when it was “found.” A collection of covers recorded in 1992, it’s a nice record for the faithful, but hardly essential listening for anyone else.

25. It Had to Be You: The Great American Songbook

In 2002, Stewart reinvented himself as a lounge singer with It Had to Be You: The Great American Songbook. Over the coming decade, he’d milk the formula with ever more embarrassing sequels, but even in its original guise, it’s hardly inspired. A collection of predictable songs, performed predictably, it’s a far car from Rod’s 70’s heyday.

In 2009, Stewart released Soulbook, a collection of classic Motown and soul covers. Commercially, it was a success, reaching No. 4 on the US Billboard 200, No. 4 in Canada, and No. 9 in the UK. It’s pleasant enough, but so laid back as to be forgettable.

23. The Tears of Hercules

On 12 November 2021, Stewart released his thirty-second studio album, The Tear Of Hercules. Some of the cuts are sweet, others are endearing, and the title track is an atmospheric dazzler. But the songwriting is lackluster and overall, there’s too much dross to make for pleasant listening.

Commercially, Stewart’s 29th album, Time, was a major success, peaking at No. 1 on the UK Album Chart (his first to reach the top spot since 1976’s A Night on the Town) and No. 10 on the Billboard 200. But as a whole, it lacks cohesion, and seems to be trying to be too many things to too many people. On the bright side, Stewart sounds more engaged and energized than he has in years.

At the time of its release in 1983, Rolling Stone described Body Wishes as “his latest and surely one of his least.” It may have been harsh, but there’s really not a lot to love about the album. The opening track, Dancin’ Alone, is decent, but after that, it all goes downhill rapidly.

In 2001, Stewart tried his hand at R&B. It didn’t work. In trying to sound modern, Stewart simply sounds dated. Released on 12 March 2001, the album stalled at a disappointing No. 50 on the Billboard 200.

Released on 29 May 1998, When We Were the New Boys hit No. 2 on the UK Album Chart but stalled at a disappointing No. 44 on the US Billboard 200. It’s a little raucous, a little bawdy, and a little too much like Rod trying to recapture his youth. Still, there’s plenty of decent material on offer, not least on the lovely versions of Ron Sexsmith’s Secret Heart and Nick Lowe’s Shelly My Love.

After a four-year break from the recording studio, Stewart returned in 1995 with his seventeenth studio album, A Spanner in the Works. It was a commercial success, certifying Gold in the UK, US, and New Zealand and Platinum in Canada. Although it’s not on par with his earlier work, it’s a solid album, with some inspired covers and a very energized performance from Rod.

Stewart’s 13th studio album, Camouflage, was released on 18 June 1984 to a mixed reception. Rolling Stone called it “overly slick” while All Music gave the album a dismal two stars out of five. There are a few good songs (most notably Infatuation and Some Guys Have All The Luck), but overall, it’s a forgettable exercise in mediocrity.

Stewart’s 30th studio album, Another Country, was released on 23 October 2015. Although Stewart’s vocals were praised warmly, the rest of the album received a colder reception, with American Songwriter describing it as “excessively sentimental” in parts and “bland” in others.

Blood Red Roses, Stewart’s 31st studio album, made it all the way to Number 1 on the UK Album Chart in September 2018. It’s a little bit tacky and cheesy, but there’s plenty of decent moments to carry it through, not least the high-energy folk of the title song.

In 1974, Stewart got his first lashing from the critics with Smiler. The decision to switch Woman to Man in a cover of Carole King’s A Natural Woman was always going to draw derision, and it certainly did that. The rest of the album was similarly underwhelming, but it still managed to put up a decent fight in the charts, reaching No. 1 in the UK and No. 13 in the US.

The title track of Every Beat of My Heart, Stewart’s 15th solo album, is excellent, with a wistful romance and some superb vocals. His cover of The Beatles’ In My Life is similarly excellent. Unfortunately, the rest of the album fails to live up to their standards. There’s too much cheese, too much schmaltz, and far too many cliched rockers for it to be considered essential listening.

1980’s Foolish Behavior isn’t a terrible record, but it is a passionless one. Its saving grace is the beautiful Oh God, I Wish I Was Home Tonight, but the rest of the album is a bland, rather sterile collection of forgettable dance numbers.

After spending much of the 80s doing inadvisable things with synths and mechanized drum loops, Stewart went back to his roots on 1988’s Out of Order. It’s still far too slick for its own good, but there are enough big riffs and classic rock to save the day.

In March 1991, Stewart released his sixteenth studio album, Vagabond Heart. It received one of the warmest welcomes any of his albums had in years. Little wonder. It’s not a perfect album, but the song content is consistent and Stewart delivers them with conviction. It was a commercial success, reaching No. 2 on the UK Albums Chart and No.10 on the US Billboard 200.

By 1978, disco had arrived, and while some artists resisted its influence, Stewart decided to go with the flow. Critically, Blondes Have More Fun was a disaster, but the fans loved it. Da Ya Think I’m Sexy?, its lead single, hit the No. 1 spot on the singles chart while Blondes Have More Fun topped the albums chart.

Some of Foot Loose & Fancy Free’s critics called it the final nail in Stewart’s coffin, describing it as complacent, gauche, and completely out of touch. The critics had it wrong. Gauche it may have been, but out of touch it most certainly wasn’t. Released in November 1977, it went down a storm with fans, hitting No. 2 on the Billboard LP Top 50.

By 1981, Stewart was in danger of becoming a relic. New wave and synth-pop had taken over, and if Rod wanted to keep up with the times, he was going to have to adapt. So he did. The result was Tonight I’m Yours, an album that may sound perilously dated today, but had enough blasts of synth and mechanized drum rolls to be the height of fashion in the early 80s.

A Night on the Town has a little bit of disco, a little bit of soul, and a very hefty dollop of Stewart’s trademark warm, conversational folk. Its key highlight is The Killing of Georgie (Pts. 1 & 2), an incredibly sensitive narrative about the murder of one of Stewart’s gay friends. Other standouts include the lewdly brilliant The Balltrap and the heartbreakingly lovely The First Cut Is The Deepest.

5. An Old Raincoat Won’t Ever Let You Down

On Atlantic Crossing, Stewart ditched the folk, abandoned the acoustic guitars, and dived headfirst into rock and roll. The result is an incredibly slick, ultra-sophisticated offering that may lack some of the energy of his earlier albums, but has enough smooth highlights (Sailing and Three Time Loser, in particular) to compensate.

Gasoline Alley passed unnoticed on its release in 1970. Since then, it’s redeemed itself as one of the very finest albums in Stewart’s canon. An artful mix of contemporary covers and old-school rock and roll, it finds Rod at his swaggering best. Watch out for a deliciously nuanced performance of Bob Dylan’s Only a Hobo in particular.

Following an album like Every Picture Tells a Story is never an easy task, but Never a Dull Moment makes a very good go of it. On tracks like Twisting the Night Away and Angel, Stewart demonstrates his talent for interpretation, while original compositions like You Wear It Well showcase his skills as a songwriter as much as a vocalist.

1. Every Picture Tells a Story

Finally, we come to Every Picture Tells a Story, an album some have called overrated, but which most people would simply describe as Rod Stewart’s finest ever achievement. Before its release, Stewart’s solo output had been criminally overlooked. After it, no one could write him off as a journeyman singer anymore. The most famous track is, of course, Maggie May, but this is an album that should be listened to in its entirety, rather than butchered for its highlights. 50 years since its release, it’s still as fresh as ever. 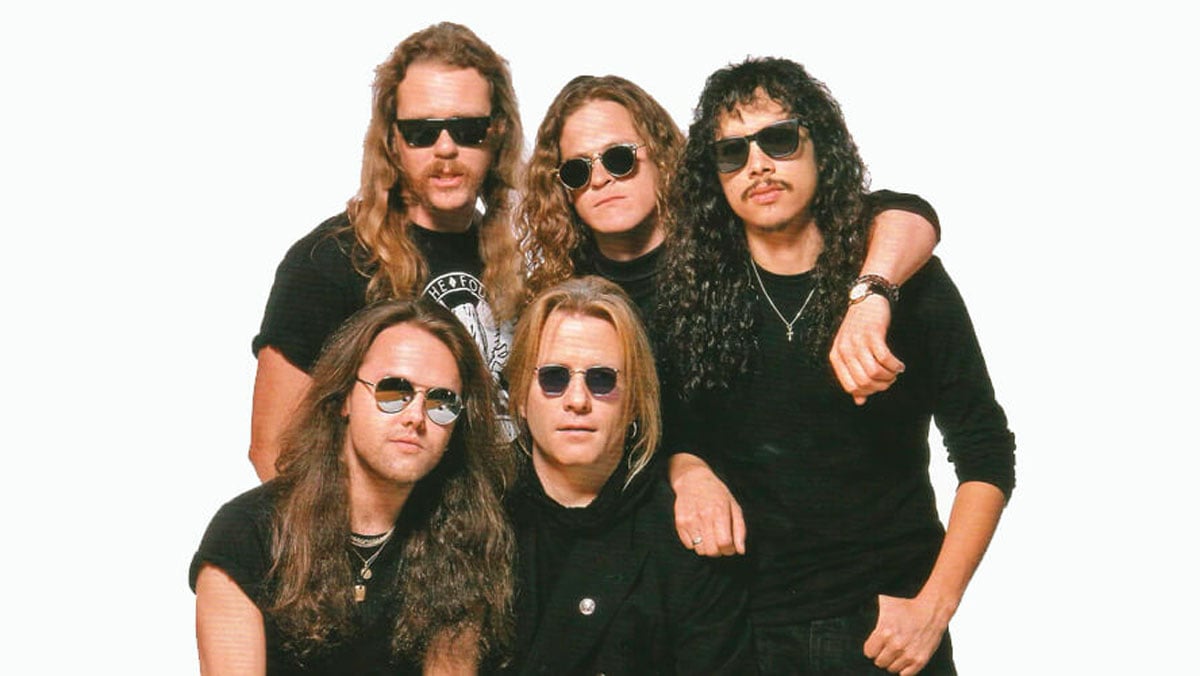 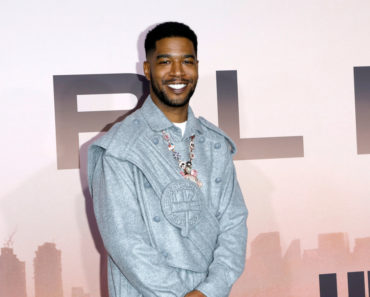 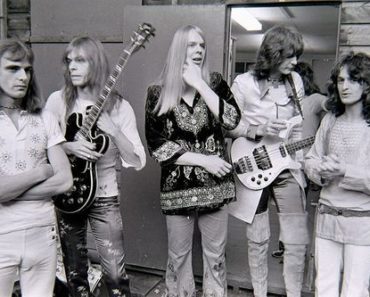 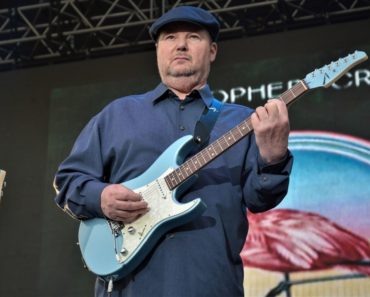 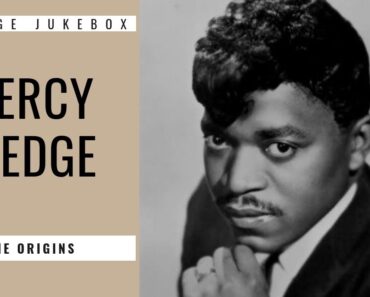 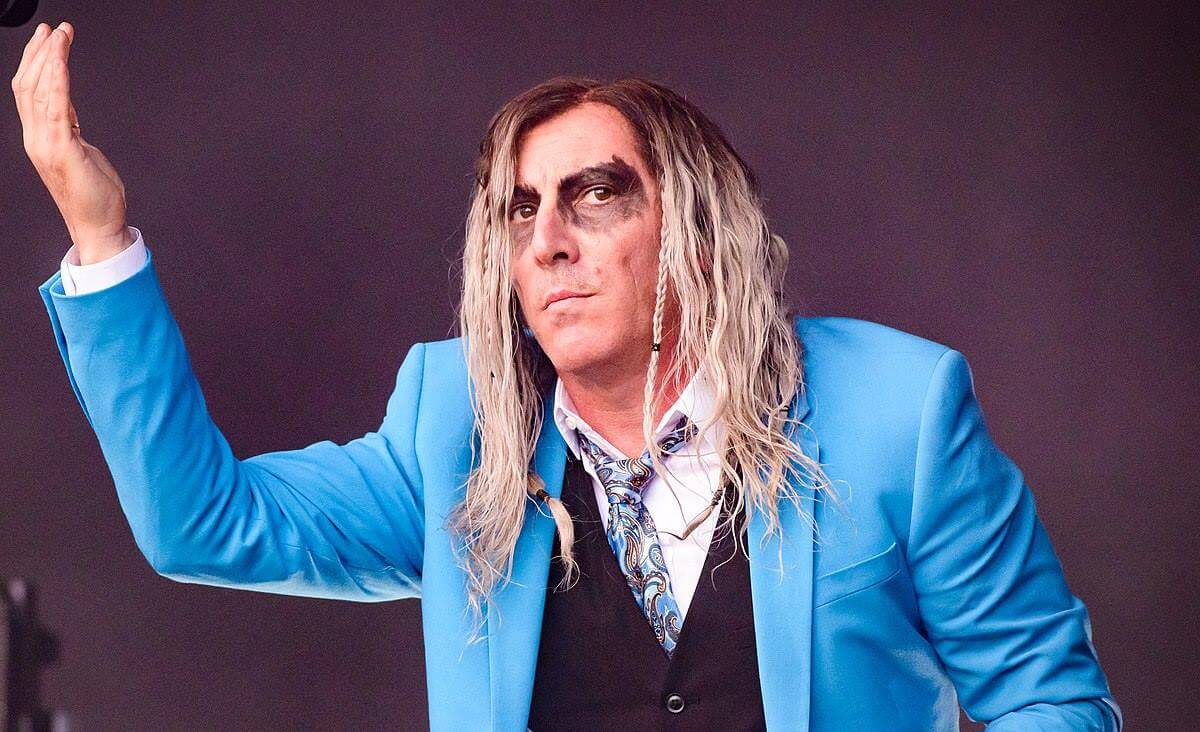