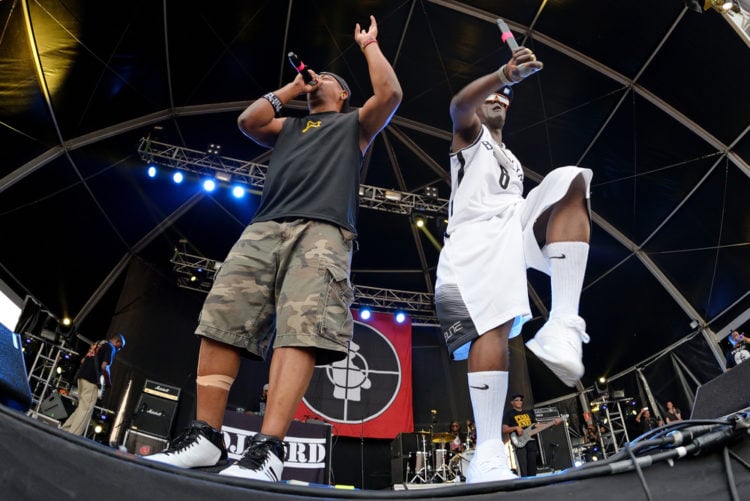 In 1985, the American hip-hop/rapping band known as Public Enemy first got its official formation by Carlton “Chuck D” Ridenhour and William “Flavor Flav” Drayton, Jr. out of Long Island, New York in 1985. Through their band, the two artists are known for their political opinions that have been put into their musical material that has spoken out against racism and the manipulative practices of mainstream media. Despite the many controversial subjects Public Enemy dared to take on in song and in public statements, the band is highly beloved among its fans, as well as many music critics who recognize talent in its best form when they see and hear it. Public Enemy is credited to be among the pioneers of hip-hop music, also referred to as rap music, and is often mentioned as the primary influence by newer musical acts as they get into the recording business themselves.

Still together as a band, Chuck D and Flavor Flav continue to perform, as well as stay in the fight of political and social causes that are of concern to them. Public Enemy’s discography includes fifteen studio albums, four compilation albums, four video albums, two live albums, two remix albums, and a soundtrack album. In total, there are forty-one singles to their credit, along with forty-one music videos.

15. Nothing Is Quick in the Desert

Released on June 29, 2017, (Nothing Is Quick in the Desert) became Public Enemy’s fourteenth studio album they recorded as a group. It received generally favorable reviews, but nothing extraordinary. The band’s explanation behind the album’s title noted their perception of how the general public sees the recording industry at its surface value and not always having the ability to see all the depths involved that see only the strong survive while the rest get buried in the sands of time.

The ninth studio album from Public Enemy was (New Whirl Order), which was released on November 1, 2005. Based on the New World Order conspiracy theory, the overall review of the album by music critics was mixed at best. Mojo Magazine, however, gave the album praise for Public Enemy’s passion for political and social issues pouring through its musical material.

13. Most of My Heroes Still Don’t Appear on No Stamp

Released on July 13, 2012, (Most of My Heroes Still Don’t Appear on No Stamp) was Public Enemy’s eleventh studio album. It received mostly positive reviews as the critics seemed to appreciate how the group stayed true to the original music roots that made them so popular among the fans, to begin with. Although it appears the general popularity of Public Enemy has waned over the years, loyalists also appreciate how Chuck D and Flavor Flav keep up with the times and the issues that come up that give them the material they need to keep the music coming.

12. The Evil Empire of Everything

(The Evil Empire of Everything) was released on October 1, 2012, as Public Enemy’s twelfth studio album and it received positive reviews from the music critics. (Beyond Trayvon) served as the stand-out track from the album as Chuck D and Flavor Flav paid homage to the seventeen-year-old, Trayvon Martin, who was shot and killed on his way back from a convenience store near the home of his father’s fiancee. The real outrage didn’t strictly come from Martin’s death, but how the police and the courts handled the case. Chuck D and Flavor Flav, true to form, voiced their opinion about the matter in song format.

Public Enemy recorded (Man Plans God Laughs) as their thirteenth studio album. It was released through Spotify on July 27, 2015. The title is the adaptation from the Yiddish proverb, Der mentsh trakht un got lakht. Issued in musical form the band is best known for, the tracks from the album reflect the resentment it has against corporations and politicians who attempt to carry out their schemes in a manner that will, sooner or later, backfire when the truth finally comes out about all the deception they’ve poured upon the masses.

10. How You Sell Soul to a Soulless People Who Sold Their Soul???

(How You Sell Soul to a Soulless People Who Sold Their Soul???) was released as Public Enemy’s tenth studio album on August 7, 2007. It mostly received positive reviews from the music critics and charted at number forty-nine on the Independent Albums chart. There was one hit single from the album that reached number four on the UK Singles Chart, which was (Harder Than You Think). It also earned a gold certification from the UK’s British Phonographic Industry (BPI) in sales as a single in that nation.

9. What You Gonna Do When the Grid Goes Down?

The fifteenth studio album, (What You Gonna Do When the Grid Goes Down?), was the latest recorded political statement in hip-hop format when it was released on September 25, 2020. For the most part, the album received favorable reviews and was ranked at number twenty-six by the US Billboard Top Album Sales chart for 2020. The focus of the album brings up issues revolving around too much dependency on an unstable global economy and also served as a backlash against a number of celebrities that have been in sharp disagreement with Chuck D’s political and social views.

8. Rebirth of a Nation (featuring Paris)

Released on March 7, 2006, as Public Enemy’s ninth studio album was (Rebirth of a Nation). It was also the band’s first collaborative album as they teamed up with American rapper, Paris, that performed alongside Chuck D and Flavor Flav. The music critics gave it mixed reviews and it sold 5,592 copies in the US within the first week of its release. The two singles, Can’t (Hold Us Back) and (Hell No We Ain’t All Right!) were released, but neither of them charted.

Public Enemy’s sixth studio album, (There’s a Poison Goin’ On) became the first that would not receive any certifications from recording industries based on a set number of albums sold. It was a highly controversial album that did not really work in Public Enemy’s favor as it sparked outrage from the Anti-Defamation League (ADL) after it was released on July 20, 1999. While some music critics did give the album favorable reviews, others had mixed opinions. The overall agreement, whether the album was liked or not, was the abrasiveness of Public Enemy’s political and social messages delivered in the group’s music. There was one single that did appear at number sixty-six on the UK Singles Chart, which was (Do You Wanna Go Our Way???).

The seventh studio album from Public Enemy is (Revolverlution), which was released on July 23, 2002. Upon its release, it did receive generally favorable reviews, but it was not nearly as impressionable on them, nor the fans, like the previous albums that received gold and platinum certifications. There were a pair of singles that were released, namely (Give the Peeps What They Need) and (Son of a Bush), but neither gained any Billboard chart recognition.

Public Enemy’s debut album was (Yo! Bum Rush the Show), which was released on February 10, 1987. Upon its release, it became one of the fastest-selling hip-hop records but was rather controversial in material for radio stations and critics due to the political statements that were involved with the material. The album did receive favorable reviews, however, and earned the Recording Industry Association of America’s gold certification. The first single release, (Public Enemy No. 1), charted on the Australia Recording Industry Association (ARIA) chart at number sixty-eight). The second single release, (You’re Gonna Get Yours), charted at number eighty-eight on the UK Singles Chart. Due to the controversial Chuck D’s delivery of his political views, plus the music, the song failed to receive enough radio play to see any singles appear on any of the US Billboard charts.

Released on August 23, 1994, (Muse Sick-n-Hour Mess Age) was the fifth studio album recorded by Public Enemy. It sold 56,000 copies within the first week of its release, which placed the album in fourteenth place during its debut week on the US Billboard 200 Albums chart. By the end of October that same year, it had become certified gold by the RIAA for having 500,000 copies of the album sold. The hit single, (Give It Up) was the first and only song released by the group to appear in the top forty of the US Billboard Hot 100, which charted as high as number thirty-three. On a global scale, Give It Up was the group’s best charting single overall, peaking as high as number fourteen in New Zealand and as high as number eighteen in the UK. There were three other singles released from the album that charted but only in the UK. (I Stand Accused) and (What Kind of Power We Got?) both appeared at number seventy-seven, which was then followed by (So Whatcha Gonna Do Now?) at number fifty.

2. Fear of a Black Planet

1. It Takes a Nation of Millions to Hold Us Back

The second album recorded by Public Enemy was (It Takes a Nation of Millions to Hold Us Back), which was released on June 28, 1988. In 1989, it was charted platinum by the USA’s RIAA. Among the critics, this is the best album the band has ever produced as it received perfect five out of five-star ratings from AllMusic, Encyclopedia of Popular Music, The Guardian, Q, and The Rolling Stone Album Guide. Of all the albums ever recorded and released by Public Enemy, this is the one deemed most influential by most hip-hop artists and rap artists that have taken the band’s queue to record their own music. Even artists who perform for other musical genres, have given Public Enemy credit for influencing the material they’ve used in their own recordings. In the UK, the BPI certified the album gold as it was also highly popular among British fans who took much of the political and social statements that were issued in the music to heart. There were five singles that were released from the album between 1987 to 1989. In order, they are; Rebel Without a Pause appeared on the UK Singles Chart in 1987 at number thirty-seven. Bring the Noise peaked at number fifty-six on the US Billboard Hot R&B/Hip-Hop Songs chart and at number thirty-two on the UK Singles Chart. Don’t Believe the Hype climbed up to number eighteen on the US Billboard Hot R&B/Hip-Hop Songs and the UK Singles charts, as well as up to number twenty-one on the US Billboard Hot Dance Club Songs chart. It also made an appearance on the Recorded Music New Zealand chart at number forty-six. Night of the Living Baseheads made a solid enough impression as a song in New Zealand to reach as high as number twenty-one. On the US Billboard Hot R&B/Hip-Hop Songs chart, it appeared at number sixty-two and in the UK at number sixty-three. Black Steel in the Hour of Chaos peaked as high as number eleven on the US Billboard Hot Rap Songs chart and at number eighty-six on the US Billboard Hot R&B/Hip-Hop Singles chart. 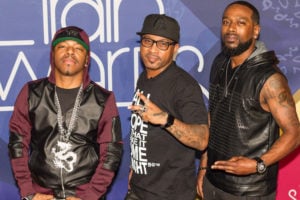