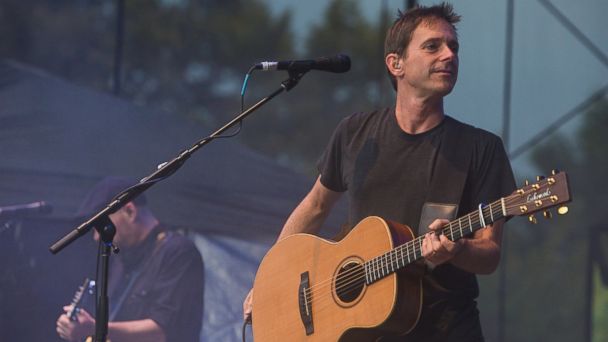 Toad the Wet Sprocket started performing in 1986. Over the years, they’ve seen some band members come and go but the music has always been consistently some of the best in the alternative genre. Fortunately, they have performed a number of songs over the years.

As a matter of fact, they’re often considered among some of the best performers in the world when it comes to creating music that isn’t exactly considered mainstream. The real magic is that they managed to crack the mainstream airwaves on more than one occasion.

Here are 10 of their best songs so you can listen for yourself.

Deep down, this is a song about just wanting to be accepted. The lyrics talk about an individual who is readily admitting that they are not perfect, yet they want to be loved and accepted for exactly who they are, warts and all. It’s a song that usually resonates with a lot of fans, and why wouldn’t it? Who doesn’t want to be loved for who they are, free from judgment? Most people just want a place to fit in, even when they know that they’re not going to measure up to someone else’s expectations at every turn.

This is one of those songs that some people absolutely love and others find a little bit odd. It basically depends on what your own personal views are and what you associate the song with. The lyrics talk about a group of teens that meet up at a haunted house, only to end up seeing something that they didn’t expect to see.

The thing is, the lyrics don’t tell you exactly what they see. In the song, the question is posed, is it for me? In reality, they could be talking about anything from whatever they supposedly saw in the haunted house to the validity of their friendship. The beauty of the song is that it’s up to the listener to decide what the story is really all about.

The lyrics in this song talk about a person entering a room that makes another individual very nervous and quickly escalates to discussing losing someone that was loved and cherished. The lyrics go on to talk about not being able to do anything about these events, but merely being a helpless bystander.

Many of the lyrics start to ask questions about why things have to be this way in the world. For example, why does a person have to lose someone they love while other people get to be together for years and years? Obviously, it’s questions that no one can answer but the raw pain in the song can easily be felt when you listen to it.

This is a rather disturbing song, but it’s also one of the band’s most popular pieces. Perhaps that says a lot about society, as the song is about holding someone down in order to rape them. That’s bad enough in and of itself, but the lyrics then go on to talk about holding a person down until they stop breathing.

Eventually, they progress into talking about how the individual who has committed these horrible acts can no longer face the people that he loves the most because he can’t tell them what he’s done and he can’t live with himself. It’s a very dark song. Perhaps that’s precisely why it became so popular. Maybe it speaks to the darker sides of humanity from what many people consider to be a safe distance.

This is another melancholy song about a person that started out meaning to do the right thing and then eventually made some very poor choices for one reason or another. Specifically, the lyrics talk about a person who is getting together with his girlfriend, with only the best of intentions.

However, one thing leads to another and he ends up forcing her into a physical relationship on a night when she isn’t ready for it. The song goes on to talk about how this event impacts both of them, eventually destroying most of the good things about both of their lives.

This is a song about how life has a tendency to throw curve balls at people that they just don’t see coming. The lyrics in the song talk about people that are very young and who should have their entire lives ahead of them, being forced into war. These individuals see atrocious things and are often forced to do things that they simply can’t reconcile, all without having the option of walking away from it all.

Here you have a person who is trying so desperately hard to appear like they are completely okay around everyone they know, yet they are falling apart in private. The song very well could be dealing with someone who is suffering from addiction, but it could just as easily be about anyone who puts on a brave face in public and then looks very different behind closed doors. It’s an incredibly sad song because it talks about how that duality of having a public persona that is so different from how this person really feels has essentially made her turn her back on everyone, even herself.

It’s unfortunate that people sometimes fall in love, only to find that as the years progress, they seem to have less and less in common. That is precisely what the lyrics in the song talk about. Eventually, the couple in question gets to the point where they don’t really talk at all. The song is very much about the death of a relationship in the slowest, most painful way possible, as two people try to co-exist when they would actually be better off getting away from one another entirely.

This is another song about the trials and tribulations of being in love. It deals with someone who desperately wants to be close to their significant other, yet there seems to be something in the way. The lyrics specifically say that both individuals have lied to each other at one time or another. Eventually, they find themselves wanting to be close, yet all of these lies pile on top of one another until they’re distorting everything else.

Finally, you have a song about always dreaming of something better on the horizon. In this case, the person singing is talking about believing that their life will be better once they get to a new place. They talk about being able to listen to the ocean crash against the rocks without dealing with the problems that have plagued them in the past.

Most people have believed at one point or another in their lives that they could fix all their problems by simply getting away from it all. This song discusses that feeling and the reality that problems will eventually follow you unless you choose to deal with them head-on.