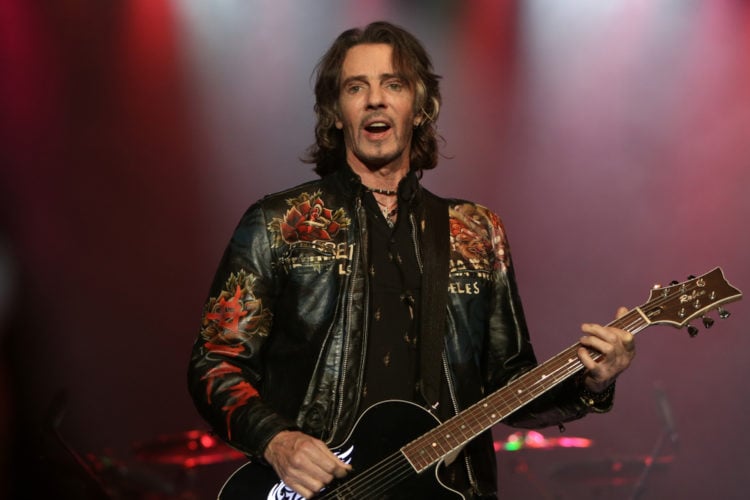 This article on the top ten Rick Springfield songs looks at the best songs from this Australian-American musician who gained an interest in music after watching The Beatles perform in Melbourne. Apart from his musical career, Rick Springfield is also a well-known actor who has appeared in movies such as ‘Supernatural,’ “Californication,’ and “Hard to Hold,” which was his big break on the big screen. He has released 24 studio albums throughout his career and won a Grammy Award for Best Rock Vocal Male Performance in 1984. Here are the top ten Rick Springfield songs.

“What Kind of Fool Am I?” is a powerful pop song from Rick Springfield’s 1982 album, Success Hasn’t Spoiled Me Yet. It’s tough to think that someone as famous as Rock Springfield could find it hard to find a suitable partner for himself. However, he manages to convince us how difficult it has been with some impressive lyrics and earnest vocals.

Coming in at number nine on our list of the top ten Rick Springfield songs is the song “Love is Alright Tonite,” which is contained in Rick Springfield’s 1981 album, Working Class Dog. The song contains some impressive guitar tunes that are full of great power chords and single-note combinations from Rick Springfield. The song’s lyrics tell a tale of a singer who wants to party in a slightly naughty and wholesome way. The track peaked at #20 on the US Billboard Hot 100 and appeared as a soundtrack in the 2001 film Wet Hot American Summer.

8. State of the Heart

Rick Springfield’s 1985 album, Tao, is a great listen from start to finish, and this song stood out for its clunky lines that are so memorable. “State of the Heart” was written by Eric McCusker of Mondo Rock before Rick Springfield covered the song, which later inspired Def Leppard’s 1987 single, “Hysteria.” The song contains great melodies with a great beat and a prominent keyboard that you will absolutely fall in love with anytime you listen to the song.

“Human Touch” is Rick Springfield’s most successful single in the UK, where it peaked at #23. For this reason, many have considered him to be a one-hit-wonder. However, this cannot be true since Rick Springfield had some other great hits, such as our number one song. “Human Touch” peaked at number 18 on the US Billboard Hot 100 and has been featured in the video game GTA: Vice City Stories on the fictional radio station Flash FM.

The number six song on our list of the greatest Rick Springfield songs comes from his 1982 album, Success Hasn’t Spoiled Me Yet. It’s quite surprising how Rick Springfield is quite underrated as a performer while he was one of the best performers in the world. A live performance of this song displays his raw energy, enthusiasm in music, and a stage presence like no other. This song’s guitar riffs, melodies, and harmonies are absolutely fantastic.

“Love Somebody” is one of those memorable songs whose lyrics will stick in your head despite going for years without listening to the song. The song was released in 1984 and comes from his 1984 soundtrack album, Hard to Hold. “Love Somebody” is a great uplifting song with some inspiring lyrics that are made better by amazing Rick Springfield vocals. The track peaked at #5 on the US Billboard Hot 100 and was hailed as Rick Springfield’s best pop-rocker since “Jesse’s Girl” by Ken Tucker of The Philadelphia Inquirer.

“Don’t Talk To Strangers” was Rick Springfield’s second greatest single in the US after “Jessie’s Girl.” The song was dedicated to Rick Springfield’s girlfriend at the time, Barbra, who he thought was screwing around while they were away from each other since that was the same thing Rick Springfield was doing. The track is a pop classic that you can listen to all day without getting tired of it. The song peaked at number two on the US Billboard Hot 100 and was nominated for a Grammy Award for Best Male Pop Vocal Performance.

3. Affair of the Heart

“Affair of the Heart” is the lead single from Rick Springfield’s 1983 album, Living in Oz. The catchy song was a major hit, peaking at number nine on the US Billboard Hot 100, and is one of Rick Springfield’s five top ten hit songs. The song was also nominated for a Grammy Award for Best Male Rock Vocal Performance in 1984 but ultimately lost to “Beat It” by Michael Jackson.

2. I’ve Done Everything for You

Coming in at number two is another Top 10 hit from Rick Springfield’s incredible catalog. “I’ve Done Everything for You” was released as a follow-up to his 1981 hit single, “Jessie Girl.” The song is quite catchy, and the chorus defines what 80’s music was all about. The song peaked at number 8 on the US Billboard Hot 100, and it was a minor hit in Canada and Australia.