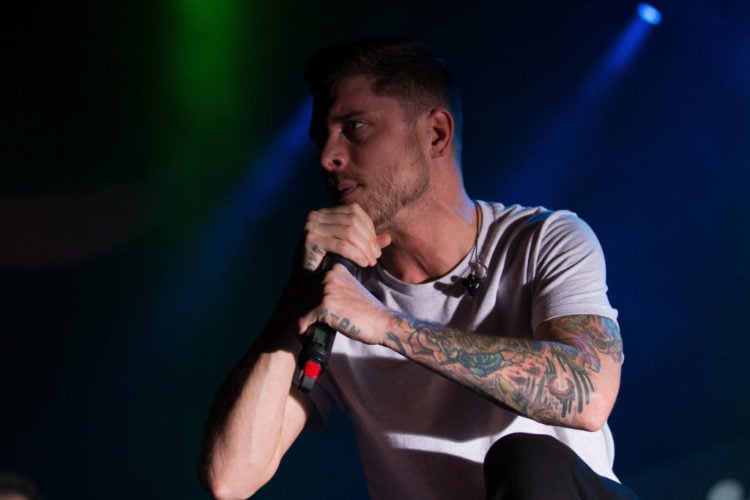 The deathcore metal band known as Whitechapel was first formed in Knoxville, Tennessee in 2006. Founding members Phil Bozeman, Brandon Cagle, and Ben Savage opted to name their band after the location of East London’s district that served as the location of choice for the famed Jack the Ripper to carry out his gruesome murders. Shortly after the band was formed, guitarist Alex Wade joined, as well as bassist Gabe Crisp, and drummer Derek Martin. As a 6-man band, Whitechapel recorded and released their first demo in 2006. In 2007, they signed their first record deal with Siege of Amida Records of the United Kingdom, and Candlelight Records of North America. Shortly afterward, Whitechapel’s line-up increased to seven members when they acquired new drummer Kevin Lane. Together, they released their debut album (The Somatic Defilement) in June 2007.

In 2008, the band’s second album (This is Exile) and as of May that same year, took part in The Summer Slaughter Tour. Starting August 2008, Whitechapel was headlining with other metal bands before taking part in the Never Say Die! tour with Parkway Drive and Unearth. The band also took part in the Rockstar Mayhem Festival on the Hot Topic Stage with a few other metal bands. On the main stage, they played alongside the metal legends that headlined the tour, Marilyn Manson and Slayer. In total, Whitechapel has released seven studio albums, with their latest (Kin) scheduled for release on October 29, 2021. They also released an EP (Recorrupted) in 2011. The band also has a live album (The Brotherhood of the Blade), which was released in 2015.

Marked as one of the top 10 scariest songs according to a collection of metal music magazines and websites, (Eternal Refuge) is considered a top favorite among deathcore music fans. The deliberate distortion, combined with the metal growl the death metal music genre is best known for, and this song from Whitechapel’s 2008 album (This Is Exile).

The song (Father of Lies) comes from Whitechapel’s 2008 album (This Is Exile) and is considered a top-tier metalcore favorite among many fans of this particular genre.

8. The Darkest Day of Man

The 2010 album (A New Era of Corruption) features the single (The Darkest Day of Man), which earns a solid place as a favorite among the band’s music fans. According to them and the critics, the song played the key contribution towards the album debuting at #43 on the US Billboard Top 200 album chart. It did even better at #3 with the US Independent Albums chart, and with US Hard Rock at #5. With US Rock, the album came in 12th.

From their fourth album (Whitechapel), which was released in 2012, comes the song(Hate Creation). The number one comment shared among their fans is how well the combined performance of drums and lyrics carry this song to a level that makes it a favorite.

This relatively short, but not so sweet track (Vicer Exerciser) comes from Whitechapel’s 2006 debut album (The Somatic Defilement). Fans of the deathcore metal music genre are crying for a rerelease of the entire album, many of them wanting more of Vicer Exerciser as it has become a cult classic in their books.

Whitechapel’s 2008 album (This Is Exile) is the lead track of the exact same name. Marked as one of the band’s most brutal songs, it became a cult favorite among many metal fans. This song, plus the album it belongs to, essentially put Whitechapel on the map. While it is their second studio album, it was the first from their arsenal to be charted. It peaked at #2 with the US Top Heatseekers, and ranked at #13 with the US Hard Rock chart, and at #14 with the US Independent Albums chart. With the US Billboard Top 200, it came in at #118. Both music critics and fans of Whitechapel agree its title track is one of the main reasons why the album debuted (and sold) so well for a deathcore metal band.

Coming from the June 19, 2012, self-titled album (Whitechapel), (I, Dementia) blasts straight into the hearts of their fans exactly as a well-performed deathcore track should. Even music fans that really didn’t care for Whitechapel couldn’t help but get drawn to the song, crank up the volume and enjoy.

According to the votes on the Top Tens website, (Possession) from Whitechapel’s 2008 album (This Is Exile) should be at the very top spot. Many fans consider this track as their all-time favorite.

Many fans of Whitechapel feel the track (The Saw Is the Law) best describes who they are as a deathcore band. Coming from their 2014 album (Our Endless War), it is agreed between critics and fans this song greatly contributed towards the album cracking into the top 10 with the US Billboard Top 200.

According to the polled votes on Metal Kingdom’s site, as well as a compilation of different fan-based sites of Whitechapel, the song (Our Endless War) from their 2014 album of the same name proves to be the most popular song, as well as the most viewed music video from their entire discographic roster. Not only is this song their most successful, but so is the album as well as it charted at #10 on the US Billboard 200, and as high as #1 on the US Hard Rock chart, and #2 with the US Independent Album Chart and US Rock Chart. On an international level, the album ranked at #23 in Canada, #50 in Germany, and #72 in Austria.