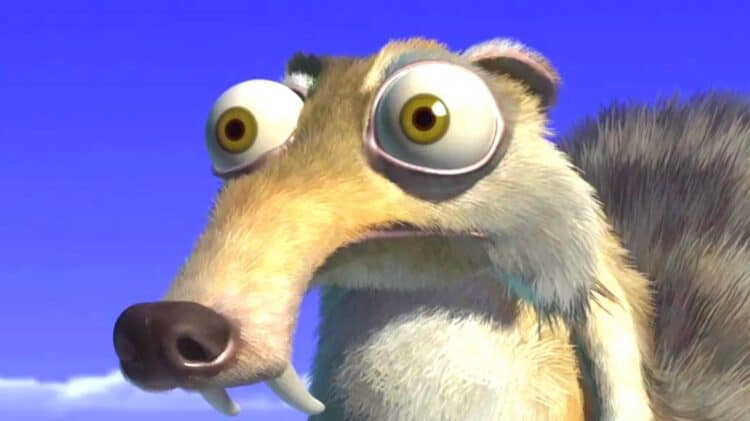 Chris Wedge and Carlos Saldanha directed Ice Age which hit theatres in 2002. Initially, the movie was supposed to be a drama but Fox only agreed to release it if it was rewritten as a comedy. The plot centers around three prehistoric animals, a woolly mammoth, a saber-tooth tiger, and a sloth. Throughout the movie, you’ll also see a squirrel named Scratch. One of the things that made the movie such a huge hit was the talented cast of voices including Denis Leary and Diedrich Bader. One of the film’s directors, Chris Wedge was the voice of Scrat, however in the end they cut most of his dialogue. According to IMDB, Leguizamo, who played Sid the Sloth experimented with 30 voices before settling on the one in the movie. Additionally, all the actors were encouraged to improvise so many of the scenes were made up on the fly. The hilarious shenanigans and touching moments of the characters are a product to life with a well-done soundtrack. David Newman, also known for his work on Toy Story was the mastermind. This is a ranking of all the songs from the Ice Age Soundtrack.

This track stands out on the soundtrack because it is not an original Newman composition but an interpretation. However, that’s not to say that the composer doesn’t leave his indelible mark on it. If you’ve seen the movie before listening to the album, you will find the piece more pleasing.

12. Giving Back The Baby – David Newman The Hollywood Studio Symphony

The characters reach their final destination, a place to return the baby safely to his kind. For over six minutes, the film wraps up with a touching moment that may have you shedding a few tears.

11. Fighting Over The Melons – David Newman The Hollywood Studio Symphony

This track sounds much more like something you’d expect from Dodoes. After all, their plan for the ice age involves three melons. Newman plays off the absurdity of the scene with the carefully crafted notes.

One of the things that add warmth to the film is the relationship the three animals have with the baby. This track is another one on the soundtrack that breaks up the heavier horns and brass.

9. Running From The Lava – David Newman The Hollywood Studio Symphony

Viewers of the movie will hear this song shortly after the piece Checking out the Cave plays. Newman integrates his masterful orchestration into a scene to give it a heightened emotional appeal. Additionally, he can combine instruments in unique ways that are tailor-made for animated films.

This track was added to the scene by the same name. It’s when Sid the sloth has a run-in with several Rhinos. While listening to the song, it’s evident that Newman enjoys his work a lot. After all, there are a lot of spaces where the instrumentation sounds stylized but almost cartoon-like.

Newman takes full advantage of the orchestra for this piece. It’s as if the instruments are what’s sweeping the baby through the air. Some of the chords might sound off-kilter in other pieces but Newman makes them additions and not liabilities in this composition.

Much of the soundtrack is full of heavy brass, so this song is a nice departure. The main instrument focus is strings. Listeners are also treated to a chorus in the background. Additionally, there are solid threads of flute that weave into the bars. The track leads into the next selection on this list.

Even though the previous entry was smoother than other selections it segues into this track with a heavier sound. Because of the heavier nature of this scene, it’s only natural there would be something more intense.

There’s a sweet touch of irony between the scene and the sound of the song. By nature, Dodos are disorganized birds, so using a cadence for them is completely preposterous but fits neatly into this early aughts film.

Throughout the movie, there is a pattern of touching moments followed by harrowing scenes. Before this track, there was a tender movie with the animal stars of the show and the human baby they have along with them. This song is the most crucial part of the movie. Young and old, scene and song together will give you pause.

2. Checking Out The Cave – David Newman The Hollywood Studio Symphony

A lot is going on in this movie, and Newman’s composition for this scene gives moviegoers a few minutes to pause amid the action. Two notable things on this track are the lilting melody as well as the choir which rounds out the song.

The movie is kicked off with an energetic song that also shows a collection of animals trying to get as far to the South as they can to avoid the Ice Age. What gives the song so much energy is the brass.