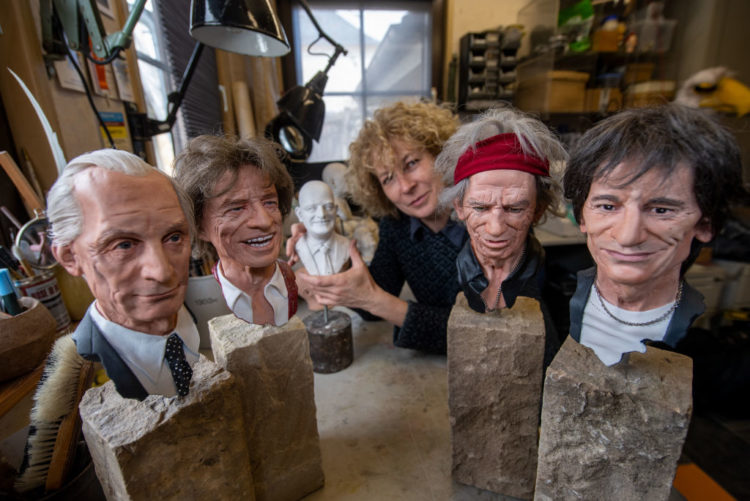 The Beatles might be the most covered band in history, but the Rolling Stones don’t fall far behind. Considering their career spans over 60 years and includes some of the most iconic songs ever committed to tape, it’s not surprising that so many artists have decided to mine their back catalog for gold. Not every cover works, and some have been downright disasters. But for every dud, there’s a gem, and for every Britney Spears wringing every last drop of satisfaction from (I Can’t Get No) Satisfaction, there’s a Townes Van Zandt doing the opposite. Find out which artists and bands have done justice to the originals as we count down the 10 best Rolling Stones cover songs of all time.

The mid-1990s loved a girl group, especially if that girl group knew the power of a jangly guitar and an emotive lyric. The Sundays version of Wild Horses is a far cry from the original, but there’s something poignantly beautiful about the sweetness of the harmonies and Harriet Wheeler’s haunting vocals. Unsurprisingly, it became impossible to avoid for years after its release, dominating the airwaves and appearing on everything from the soundtrack to “Buffy the Vampire Slayer” to the movie “Fear.” If you remember the indie rock scene of the ’90s fondly, it’s a must-listen. For a very different but no less listenable take on the song, check out Elvis Costello & Lucinda Williams’ version from their appearance on “CMT Crossroads” in 2002.

If anyone could do justice to what’s been described as the Rolling Stones’ most political song, it would be Rage Against the Machine. Included on the 2000 album, Renegades, everyone’s favorite political rockers add an extra dimension of angst and energy to the classic track, incorporating elements of their signature funk, rap, and rock sound to create an aggressive, explosive fistful of rage.

There’s a time to dial things up and a time to dial things down. Lindsey Buckingham might have a reputation as one of the biggest jerks in the music industry, but he’s also a man who knows the power of the pared-back approach. His 2011 cover of She Smiled Sweetly might be missing the organ, drums, and bass of the original, but thanks to the poignant beauty of his vocals and acoustic guitar, you don’t miss them.

As a band that drew heavily on the blues for inspiration, the Stones must have been cackling with glee when they heard that Albert King, one of the most influential and revered blues guitarists of all time, was planning to cover one of their songs. Released on the 1971 album Lovejoy, Honky Tonk Woman is a delicious blend of soulful vocals and sublime guitar work. For a very different interpretation, cock your ear in the direction of Elton John’s piano-driven, up-tempo version from 1971.

As ultimateclassicrock.com writes, by the time the Allman Brothers released their 12th and final album in 2003, they bore little resemblance to their original selves. Recorded over 30 years after the deaths of Duane Allman and Berry Oakley and shortly after the departure of guitarist Dickey Betts, only Gregg Allman, Jaimoe Johanson and Butch Trucks remained of the original members. Yet it was still a great album, with their cover of Heart of Stone ranking amounts its best tracks. It may be more heartfelt and world-weary than the original, but that only seems to add to its power.

5. Motorhead – Sympathy for the Devil

Recorded just 4 months before the death of frontman Lemmy Kilmister, Motorhead’s cover of Sympathy for the Devil is a blistering, raging interpretation that does a fine job of honoring what’s unquestionably one of the best songs in the Rolling Stones’ back catalog. Lemmy’s snarling delivery is even more eviscerating than Jagger’s, if that’s possible.

4. Merry Clayton – Give Me Shelter

As covermesongs.com notes, if there’s one song you associate with Merry Clayton above all others, it’s Give Me Shelter. Considering she provided the backing vocals to the original, it’s not surprising. Her own stab at the song is an altogether busier, gutsier affair than the Stones’ chilling template, but no less listenable because of it, especially when Clayton’s soaring vocals kick in over the beat. For another take on the classic, Rag N’ Bone Man’s slow-burning, soulful rendition from 2017 is worth a listen.

As pastemagazine.com says, No Expectations could have been written with Johnny Cash in mind. While the Stones decided to take a subtle, low-key approach to the original, Cash pumped up the energy with some soulful backing vocals, a blistering guitar, and a rousing harmonica solo. Like every other cover song he ever recorded, he makes it his own.

David Bowie was at the height of his fame when he recorded Let’s Spend the Night Together in 1973. The Stones had scored a minor hit with it that same year after releasing it as a double A-side single with Ruby Tuesday, but Bowie’s glam rock rendition with its vibrant beat and layers of pulsating synths transformed it into another beast entirely. Faster, raunchier, and altogether slicker than the original, Bowie managed the rare feat of doing the Stones better than the Stones did themselves.

Considering the depth of his own addictions, Dead Flowers couldn’t have been an easy song for Townes Van Zandt to record. Listening to him sing the lines “I’ll be in my basement room/ With a needle and a spoon” almost a quarter of a century after his death from complications relating to substance abuse isn’t either. Poignant, deeply emotive, and heartbreakingly tender, it’s one of the very few cover songs that peels strips off the original.