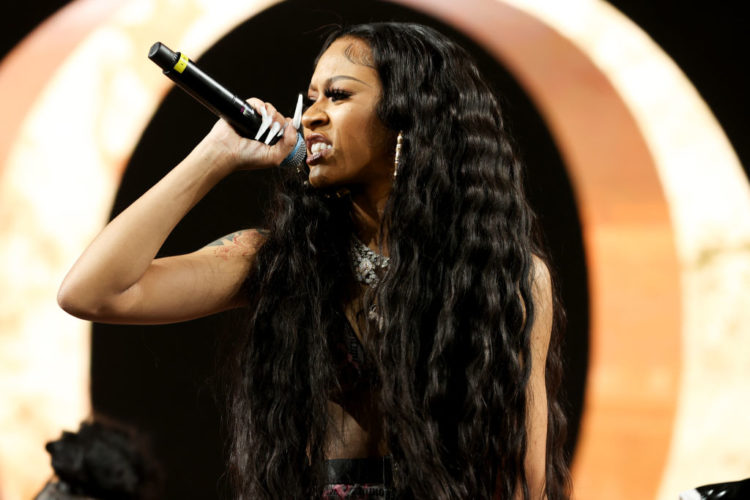 Lakeyah is probably the first rapper from Milwaukee to make it big in the music industry. She was named to the XXL Freshman Class of 2021 and is the first rapper from Milwaukee to make it to the annual list since it was started 14 years ago. Despite such feats, Lakeyah maintains that her standout moment was trending on YouTube and meeting Lil Baby, whom she reckons to be the most prominent artist in the industry currently. The teenager is bent on becoming the next pop star, and you can learn all there is to know about her from these facts.

1. She is Allergic to Nuts

People have almost died from allergic reactions, but Lakeyah found out the hard way about her allergy. As she told XXL Magazine, her sister fed her cookies with almonds in them, and the reaction made her realize she is allergic. However, it is not just almonds she is allergic to; the singer is allergic to all types of nuts. Although her accident happened at home, most occur when dining out and someone chooses a nut-based accompaniment without their knowledge.

2. She Dropped Out of College to Focus on Music

Lakeyah wanted to pursue the arts, so she enrolled in the Arts Institute after graduating high school. She was determined to be in college but, after a month, dropped out, preferring to concentrate on her music. She is not the first musician to choose music over education. Eminem could not stand the constant bullying, so at 17, he dropped out and has never graduated high school. The late Kurt Cobain also was bullied in high school and dropped out few weeks before graduating, but he returned to work as the janitor.

3. Rapping was Her Way to Cope with Being Shy

According to Hip Hop DX, Lakeyah said she was so shy as a child because she had braces and glasses; thus, in her free time, she preferred rapping and reading. She started rapping at the age of 15, and her reading skills were so good that she joined the Advanced Placement Literature class.

4. She Believes in Confessing Until She Possesses

Christians read the Bible, which tells them to confess what they want with their mouths, and they shall possess it. It seems that Lakeyah follows this principle, and even before Pierre Thomas, the CEO of Quality Control contacted her, she would joke that he had already sent her a direct message on Instagram. She did so from January 2020, and her manifestation came true in July 2020 when Thomas asked her if she was signed to any label. When Lakeyah said she wasn’t, the CEO said he wanted to sign her and asked her to send him some of her music.

5. She Wants to Explore All Her Talents

In the movie industry, some actors have been typecast. According to BuzzFeed, Dwayne Johnson always has the same headstrong role while Adam Sandler plays a sarcastic character. Some musicians have also put themselves in a box, and Thomas advised Lakeyah never to do so. The rapper loves singing, too, so even if her previous manager wanted her to stick to R&B, Lakeyah intends to explore every talent she has. She disclosed that Thomas likes that the singer can sing thus will not need to search for a singer when recording R&B music.

6. She Has to Record in the Dark

Lakeyah revealed that one weird habit people do not know about her is recording in the dark. Therefore, even if circumstances are such that she can’t have a dark room, she will turn her back towards the engineer because sound engineers have windows facing them. However, she admits it’s usually freezing in the darkroom, so she also must have a heater to keep her warm.

7. What She Can’t Do Without When Recording

Besides her love for sitting in the dark, Lakeyah has other things she cannot do without whenever she is in the studio. First of all, she will pass by the American Deli because she remarks the best food is in the American Deli by the Quality Control Studio in Atlanta. She also always carries her phone and charger, and her girlfriend accompanies her wherever she goes. Finally, she packs her headphones because she prefers to keep herself busy; the headphones enable her to write more songs when the engineer is playing music.

8. Her Stepfather Was Murdered

As per her interview with Hot New Hip Hop, Lakeyah’s songwriting process started from her prowess in poetry. She used the songs to process her emotions, such as when her stepfather was killed. Lakeyah said that she began rapping in 2014 when her younger sister’s father died from homicide. Since he was the closest thing to a father that Lakeyah had, the death affected her so much that she wrote “Missing You” in his memory. The song helped her gain fame, but she was primarily happy because other people who had lost their loved ones could relate to it.

Lakeyah has no problem referring to herself as a nerd, so do not be surprised that she would rather stay at home and binge-watch every series on Netflix and Hulu than go out and socialize. The singer snuggles on the couch with the right snacks and spends her entire day fixated on the TV screen; she even confessed to re-watching “Arrow” in three days.

10. When She Knew She Wanted to Pursue Music Professionally

According to The Hype Magazine, the singer was in a rap group, but they disbanded after a year. Lakeyah decided to be a solo artist, and after releasing her first mixtape, she was still not sure she wanted to make music professionally. However, she released another mixtape that got lots of attention, affirming that music was the way to go.