Who hasn’t dreamed of finding the perfect soulmate? If you’re fortunate enough to have already done so, congratulations. For those who are still waiting, there is plenty to daydream about.

It doesn’t matter which side of the line you land on, listening to songs about soulmates is a great way to pass the time. If you’re in the mood, here are 20 songs that you might want to use for your own soulmates playlist.

20. Love of a Lifetime (FireHouse)

This is a song that’s all about finally having the opportunity to be with the person that you have wanted to be with all along, that special someone that is different from everyone else you’ve ever met. Those who are fortunate enough to have met this type of person in real life know how special it is. The lyrics in the song capture these emotions perfectly.

Have you ever wanted to put your feelings about your own soulmate into words, yet you’ve struggled to do so adequately? If so, this is a song that you might want to listen to sooner rather than later. It does a remarkable job of putting all of these strong emotions into the most beautiful poetry set to music that you’ll ever likely hear.

It doesn’t matter if you’ve already found your soulmate or if you’re still dreaming about finding that special person, this is a song that you’ll want to listen to again and again.

People have a tendency to say that something is akin to Heaven on earth quite often, but it’s really not all that frequently that you find something that genuinely feels like it could actually be true. Finding your soulmate is one of those rare times and this is a song that perfectly reflects those feelings.

This is a song that many country music fans have come to love, but even if you’re not a fan of this particular genre, it’s still worth a listen. It talks about how you can sometimes be blessed with finding that special soulmate, even when you think that all hope is lost.

As a matter of fact, the lyrics go a little bit deeper to talk about how it’s often when you aren’t expecting something like this to happen at all, that it actually happens. It’s definitely food for thought, especially for anyone who has been looking for their soulmate for years and is starting to feel like they may not find the one they really need.

Do you remember what it felt like when you first realized that you’re genuinely falling in love with someone else? That head-over-heels type of feeling is exactly what this song is about. It’s that special moment when nothing else seems to matter and you’re willing to throw caution to the wind for something that could potentially change your life for the better.

If you just happen to still be looking for your soulmate, this might become something of a personal anthem to you. It’s not a sad song about thinking that you’ll never find that person. Instead, it’s a happy song about genuinely looking forward to the day when you do.

This song talks about two soulmates that can’t always be physically together, yet they are always connected. It’s about that special type of love that you have for someone who is extra special in your life.

Even if you can’t be physically by their side at every turn, the two of you are still very much together, even if you’re physically separated by thousands of miles. The song goes to show that love really does transcend everything else. Things like time and distance simply don’t matter when there is strong love between two individuals.

If you are really going to connect with your soulmate, you’re going to have to let down your guard. It’s impossible to connect with someone fully when you’re constantly throwing walls up all over the place. This is a song about doing exactly that. It focuses on the need to become more vulnerable with another person in order to both give and receive love fully.

This is a song that is often considered the quintessential love song. Regardless of your personal circumstances or whether or not you’ve already found your soulmate, this is a song that will undoubtedly resonate with you on a deeper level.

When you find your soulmate, you know that you have found someone that will love you forever. No matter what happens in life, nothing can destroy the love that the two of you share. The lyrics in this song reflect that fact in a truly beautiful way.

9. Nothing Compares to You (Sinead O’Connor)

Did you know that this song was actually written by Prince? It’s a beautiful song that talks about how no one else can compare to your soulmate. That person is meant just for you and they are special, completely unique to everyone else. When you start trying to compare them to other people, you’ll quickly find that others fall short in almost every category.

If you’ve found someone in your life that seems special in every sense, it might be time to start thinking about them as your soulmate. Perhaps they feel the exact same way about you, too.

There are relatively few recording artists who are capable of evoking such emotion as Adele and she does an excellent job with this song, as expected. It is a song about loving someone so much that you simply cannot imagine your life without them. When you try, you’re probably overcome with fear and grief that knows no bounds. That’s how you know that you have truly found your soulmate. They are literally a part of you, and you of them. It’s almost impossible for one to exist without the other.

7. You Belong with Me (Taylor Swift)

There are few things worse than loving someone with your whole heart and then realizing that they don’t even know who you are. This is a song about feeling like someone should be your soulmate, yet that love is unrequited. It’s definitely not a good feeling and anyone who has ever experienced it will likely agree.

6. Closer to You (The Wallflowers)

This song was actually written by one of the band members about his wife. It’s very direct and to-the-point, talking about how it’s virtually impossible to love anyone more than you love your soulmate. When you find them, you simply know that it’s right and that’s all there is to it.

5. God Only Knows (The Beach Boys)

People often have the misconception that everything about falling in love is perfect. The reality of the situation is that people are flawed and that means that certain aspects of relationships are flawed as well.

However, that certainly doesn’t mean that you can’t have strong feelings of love for your soulmate. In fact, the more you love someone, the more willing you are to love them through their good days and their bad days.

It’s not about something being perfect. Instead, it’s about accepting the good, the bad and everything in between and loving someone through it all. You don’t judge them for the things that may not be so favorable and they don’t judge you, either.

4. Make Out in My Car (Moses Sumney, Sufjan Stevens)

The title of this particular song makes it sound like it’s nothing more than a song about a quick relationship that’s over before it really gets started. However, it is about finding someone that you consider to be your soulmate when you are very young.

As such, the relationship looks slightly different than it probably does for people who have taken a few more trips around the globe. In this song, the very idea of loving someone so deeply is worth getting excited about. That excitement is then expressed in the relationship in various ways.

This particular song is so popular that it has managed to stand the test of time, being released in 1987. It’s still one of the most popular songs the group ever recorded, even today. It’s also found its way into a number of television shows and movies over the years.

At its core, it is a song about finding someone that you love so much, you feel like you’ve become more alive because of them. When you fall in love so deeply with someone else, you’re not just existing, as so many people tend to do.

The days of going through the day, marching from one task to another just to check the boxes and say that something has been accomplished, are long gone. Instead, you have an opportunity to truly live life, maybe for the first time. Isn’t it amazing what love can do?

2. Hopelessly Devoted to You (Olivia Newton-John)

Most people have heard this song at least a few times over the years. Not only was it heavily featured in the popular musical movie “Grease,” it’s also had more than its fair share of airtime over the years.

It is something of a bittersweet song that talks about loving someone so much that you can scarcely think of anything but them, yet outside circumstances or social pressures keep you from being together. Unfortunately, this is a song that often reflects real life in the sense that people have to make a decision when they find their soulmate.

Do they want to follow their heart and love that person unconditionally or do they want to let other people in their lives decide their fate for them? You would think that it would be an easy answer but things aren’t always so black and white as they seem.

Love is one of those things that is so strong that it literally has the capability of transcending death. Unfortunately, neither you nor your soulmate will live forever.

Sadly, there is a chance that a time will come when the two of you will be separated in a physical sense because one or the other passes away. However, that doesn’t mean that the love between the two of you dies.

It simply means that while one person is no longer physically present in this world, the love between the two of you remains strong and steadfast. The lyrics in this song talk about that love being capable of going on for a thousand years or even longer. 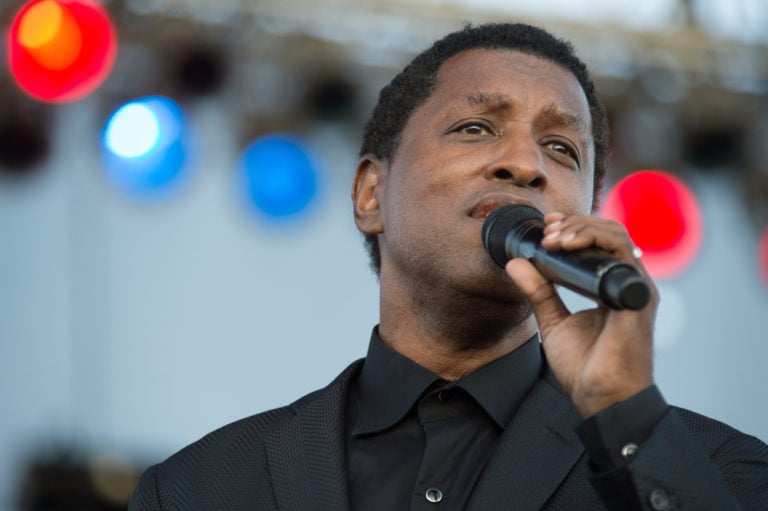 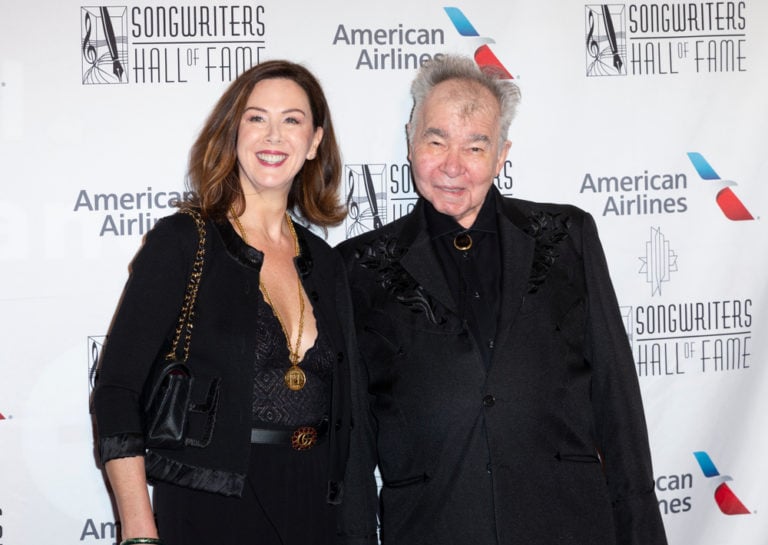 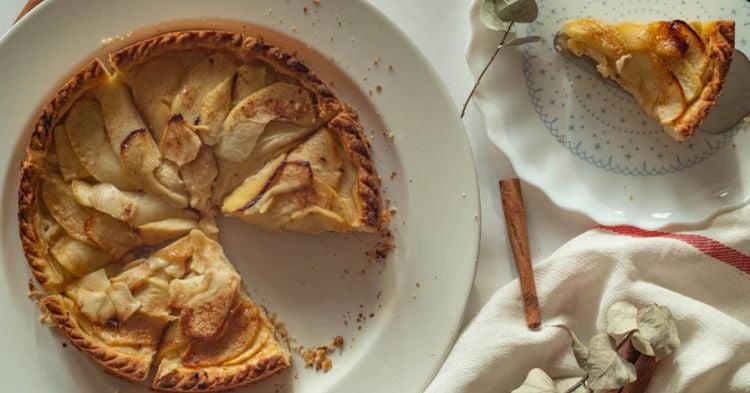