Home
Music
The Healing and the Hurt: 8 Songs Inspired by 9/11
Prev Article Next Article 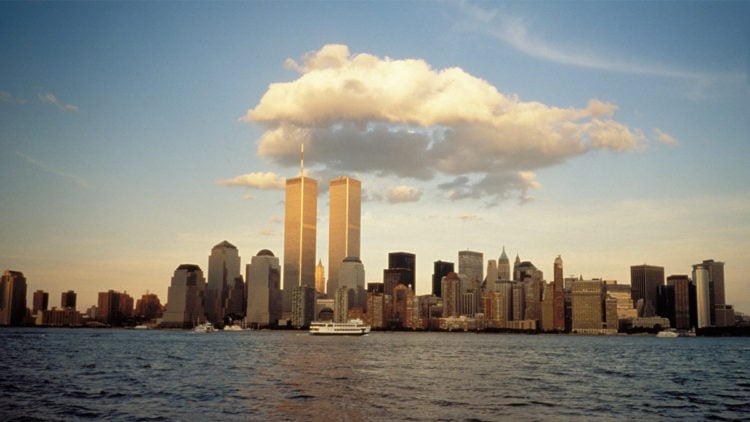 For most of us, the pain of September 11, 2001, was impossible to put into words. However, some were able to express the unspeakable through song. What follows is a modest list of impactful songs that were written in direct response to the 9/11 attacks. The list is by no means comprehensive. It is simply a handful of tunes that helped the immense suffering that a wounded nation was feeling at the time. In the 20 years since the attacks, these songs have acted as debate igniters, reference points, examples of American patriotism, illustrations of American arrogance, and sources of healing.

Paul McCartney experienced the 9/11 attacks from a unique perspective. He was sitting in an airplane on a tarmac at JFK airport in New York City. From his seat, he witnessed what he thought to be “an optical illusion”. It was the Twin Towers on fire. According to McCartney, the anthem functions as a declaration of strength in the “fight for your rights, Civil Rights sense”.  Featuring old friend Eric Clapton on lead guitar, “Freedom” debuted on October 20, 2001, at The Concert for New York City, a benefit McCartney organized for victims of the September attacks.

“Another Reason to Believe” – Bon Jovi

When the towers were attacked, Jon Bon Jovi was watching the horrific coverage on TV with bandmate Richie Sambora in his New Jersey home. Shortly thereafter, the intensely patriotic group began to write songs that dealt with the tragedy, mainly as way to help them deal with the tragedy. In October of 2002, Bon Jovi released the album “Bounce”. The title is inspired by the way Americans in general, and New York City in particular, bounced back from the devastation of 9/11. “Another Reason to Believe” was not included on the final album mix but has since been released. It details the strength and perseverance of a suffering city and gives reason for hope in the uncertain times ahead. The song is Bon Jovi’s most poignant statement regarding the heartbreaking events of that day.

“Have You Forgotten” – Darryl Worley

In late 2002, Tennessee singer/songwriter Darryl Worley made a trip to Afghanistan to play for the American troops stationed there. Upon his return to the states, he wrote the song as a statement of appreciation for the first responders on that tragic day. Despite topping the Country Billboard charts, the song’s vibrant message drew intense criticism. “Have You Forgotten” was first played January 10, 2003, on the Grand Ole Opry stage. When his manager pleaded with him not to perform the song, Worley responded, “This is three chords and the truth. If you don’t want to hear it, you might want to go somewhere else”.

“Courtesy of the Red, White and Blue” – Toby Keith

This is the perhaps the most divisive song that deals directly with 9/11. Keith explained, “I was so angry when we were attacked here on American soil that it leaked out of me”. The country music star wrote the tune to venerate those who lost their lives in the tragedy and to pay homage to his recently deceased father, a U.S. Army veteran. “Courtesy of the Red, White and Blue” was written by Keith in 20 minutes. At the time, he never intended to record the angry American power ballad, however, a Pentagon performance for serviceman changed his mind. After the show, a Commander told Toby that his new tune was “the most amazing battle song”. Even still, Keith debated releasing the song because, as he stated, “I knew it was going to cause a storm”. He continued, “But at the end of the day, I was like, ‘If it means that much to those guys, then I don’t care. I’ll do it'”.

Justice will be served and the battle will rage
This big dog will fight when you rattle his cage
And you’ll be sorry that you messed with
The U.S. of A.
‘Cause we’ll put a boot in your ass
It’s the American way

Released in the summer of 2002, “The Rising” is an album dedicated to Bruce Springsteen’s coping, hurting and veneration associated with the events of 9/11. With this collection of songs, The Boss uses his genius to convey a spirit of somber bereavement and heroic admiration as opposed to that of absentminded retribution. In truth, there are several Springsteen songs from the album that are reverent representations and respectful recollections of that cataclysmic day. These include “Empty Sky” and “Into the Fire”. However, “The Rising” is the title track from the album and the most prominent. It tells the tale of a firefighter climbing the stairs of one of the crippled twin towers, heading towards an uncertain future. At the time, uncertainty was a fair way of describing the future of America.

“This Ain’t No Rag, It’s A Flag” – The Charlie Daniels Band

The song expressed what a lot of Americans were feeling immediately after 9/11. The tune was recorded in mid October of 2001 and was controversial from the start. In it, Daniels proclaims his love for his country while unapologetically declaring his desire to see the attackers of it punished. For the Country Freedom Concert in late October of 2001, the organizers refused to let Daniels perform the song. Daniels in turn refused to attend the event stating, “If my song would be offensive, then my presence would be offensive”. Released later that year, the song became his highest charting single since 1989.

The Canadian rock icon wrote the song to honor those of Flight 93 on September 11. The plane was brought down by passengers when they rushed the terrorists. It is incalculable how many innocent lives were saved by the actions of those aboard Flight 93. The aircraft ultimately crashed in a Pennsylvania field. There were no survivors. The phrase “Let’s Roll” refers to a passenger named Todd Beamer who was heard by a Airfone operator to say the words before taking on the attackers. Young never intended to release the song as a single. He simply wanted to commemorate the bravery of those who made the ultimate sacrifice on that fateful flight. “There’s no more of a legendary, heroic act than what those people did”, said Young. “Let’s Roll” was distributed to radio stations by Neil personally in November 2001. It was later included on 2002 album. The song serves as a testament to genuine selflessness and instilled a desperately needed sense of triumph within the American psyche.

One’s standing in the aisleway
Two more at the door
We’ve got to get inside there
Before they kill
Time is running out, let’s roll

“Where Were You (When the World Stopped Turning)” – Alan Jackson

It was a song that came to Alan Jackson as suddenly as the attacks felt. Several weeks after the tragedy, the country music legend awoke at four in the morning humming the melody to what would be described as “a reflective hymn”. He performed “Where Were You” for the first time at the CMA Awards in November of 2001. The song still resonates due to its vulnerable sincerity. “I wrote what I felt” Jackson stated. “I didn’t premeditate anything. I’m just a singer of simple songs, and that’s the truth”. After years of reflection, Jackson recognizes the magnitude of the song but refuses credit for it: “I just feel like it was a gift from God. I don’t know why He picked me to send those words to, but I’m glad it’s been a healing song for some people.” The poignant ballad perfectly encapsulated the confusion and anxieties shared by so many in an unsure and chaotic time.

Where were you when the world stopped turnin’
That September day?
Did you stand there in shock at the sight of that black smoke
Risin’ against that blue sky?
Did you shout out in anger, in fear for your neighbor
Or did you just sit down and cry?